These Tiny Life Changes Will Make You Substantially Healthier

Hardly anyone would say they’ve achieved optimum health because cravings for greasy burgers and a demanding work schedule often get in the way. It definitely explains why diet and fitness resolutions are so popular when January rolls around every year. Setting these types of goals is generally positive, but most people make the mistake of trying to implement sweeping changes that aren’t realistic. And most of them are too narrowly focused on food and exercise.

While being healthy certainly has a lot to do with the foods you eat and how frequently you hit the gym, there’s a lot more to the picture. Your mental well-being and relationships also matter. It doesn’t make much of a difference that you have the world’s best abs if you’re miserable.

If you really want to be a healthier, happier person, all you have to do is make some mindful changes to your regular routine. These five switches will have you feeling like an even better version of yourself.

Get a good night’s sleep. | iStock.com

If you’re constantly feeling run-down and need several cups of coffee just to function, it’s a good sign you need to catch some more Zs. Sleep deprivation is linked to scores of health problems and a generally earlier death, so it really does matter. Still, most people haven’t budged, and some reports have even claimed we’re fine in the sleep department.

These reports are far too simplistic, though. Such averages don’t account for the disparity between weekdays and the weekend. According to National Sleep Foundation’s 2013 poll, Americans average seven hours and 22 minutes of sleep on weekend days, but just six hours and 31 minutes during the workweek. There’s even a term for this phenomenon: social jet lag. Research published in Current Biology found the difference in sleep times on different days of the week is linked to increased BMI. It also throws your body out of whack, so sleeping in isn’t doing you any favors.

All this is to say you should probably climb into bed a bit earlier and do your best to stick to a regular schedule. It’ll take some discipline, but your body will thank you.

2. Set a timer to remind you to move at work

Get up from your desk every once in awhile. | iStock.com

It’s impossible to ignore the evidence commanding us to spend less time sitting. We’re past the point of recognizing it’s a problem, so the real struggle is implementation. When you’re enveloped in a project, it’s hard to remember to stand up every so often. The simplest method is to set an alarm on your phone, your computer, or your watch to go off at different times throughout the day.

Standing is a good start, but walking is even better. One study published in the European Heart Journal found replacing two hours of sitting with standing positively impacted blood sugar and cholesterol while walking was linked to these benefits plus a lower BMI and smaller waist circumference.

For major points, go for a walk during your lunch break. It’s an easy way to sneak in a bit more physical activity and some research suggests strolling may be better for controlling weight than more vigorous forms of exercise.

3. Do something nice for someone every day

It obviously feels good when someone goes out of their way to brighten your day, but it turns out those who perform the act of kindness reap just as many benefits. For starters, doing something kind for another person takes your mind off your own worries for a bit. It can also boost your happiness.

Researchers with UnitedHealth Group took an in-depth look at the effects volunteering has on health, and happiness was one of the most significant benefits. According to the report, 94% of people said volunteering boosts their mood.

Whether these mental benefits tie into the physical ones might be a matter of debate, but doing good seems to be just as beneficial for your body. Though the team who conducted the study wasn’t able to explain the reason, their results found individuals who volunteered at least 200 hours per year were less likely to develop hypertension. A separate review revealed those who volunteer also tend to live longer.

Make sure to hang out with your friends. | iStock.com

Social isolation is a major source of depression, so it makes sense that staying engaged can positively impact your mood. This can also translate to longevity. One 2012 study found social engagement was linked to a lower risk of mortality.

Staying connected with others may even boost your brain. One group of researchers revealed social interaction was associated with better cognitive function, even among young people.

It’s easy to get in the habit of going for drinks every time you see friends. As fun as happy hour can be, it’s not the only way to have fun with your pals, and you could also be sacrificing your health if it means excess alcohol consumption. Try going for a run together, checking out a museum, or heading to the park. Trust us, you’ll still have fun. 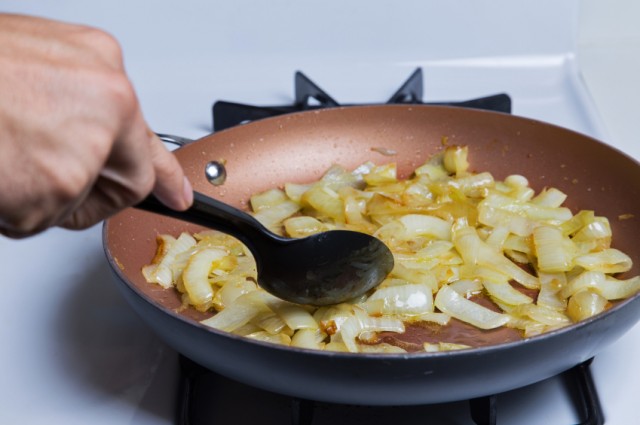 Cooking at home is better for your health. | iStock.com

You already know processed food is bad news for your health, but we’re going to instead focus on how good home-cooked meals are to prove the point. Consider a 2014 study that revealed more time spent cooking and preparing meals at home was linked to an overall better diet and a greater intake of fruits and vegetables.

Getting in your kitchen becomes even more important if you have kids. Keeping junk food on hand means it’s available for them to eat. And don’t forget about the impact your habits have on their attitudes toward food. Research suggests children begin to mimic their parents’ eating habits before they even understand the implications of those nutritional choices.