11 Snacks That Are Practically Negative-Calorie Foods

While there might not be such a thing as a negative-calorie food, there are foods so low in calories that they hardly tack on a significant amount to our daily total. “Some foods can be very low in calories — such as a piece of vegetable — they still provide calories, they don’t actually put your body into a deficit calorie situation,” Sharon Palmer, R.D.N., “The Plant-Powered Dietitian,” and author of Plant-Powered for Life, said in an interview with The Cheat Sheet. For example, most non-starchy vegetables are very low in calories, weighing in at only around 25 calories per ½ cup cooked or 1 cup raw. “That amount of calories is negligible, which is why I encourage people to maximize vegetable intake throughout the day,” she added.

If you’re looking for snacks to munch on that cost you practically no calories, reach for these foods first. 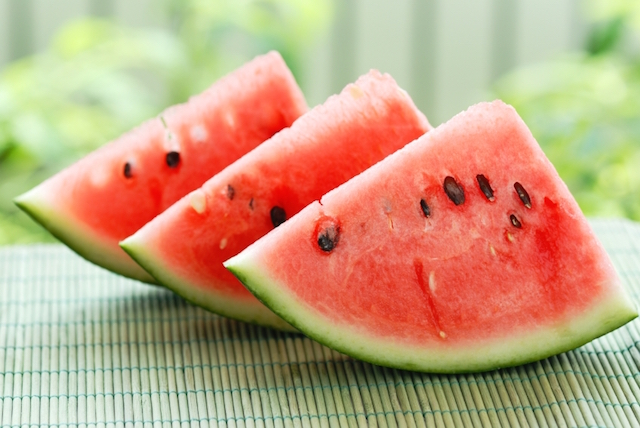 Though it tastes like candy, watermelon offers quite a nutritious bang for your buck. And, it’s mostly contains water, so calories are at a minimum. “One cup of diced watermelon provides about 45 calories, 11 grams of carbs, 1 gram of fiber, and 9 grams of sugar,” Toby Amidor, R.D. and author of The Greek Yogurt Kitchen told us. “It’s also a good source of both antioxidant vitamins A and C.”

Celery is a popular healthy snack thanks to its crunchy texture and fresh grassy flavor, and the low calorie count also doesn’t hurt. “Specifically, about three stalks of celery contains 19 calories,” said Amidor. “With these few calories you will get about 2 grams of fiber, 4 grams of carbs, 40% of the daily recommended amount of vitamin K, and 10% of the daily recommended amount of each vitamin A and folate.” 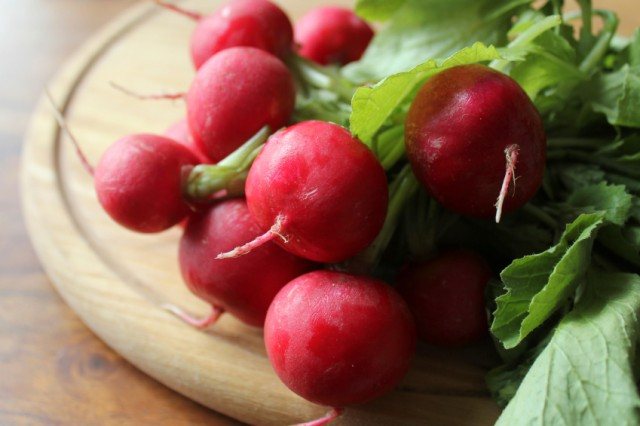 Eat as many radishes as you desire. | iStock.com

With their spicy flavor and crunchy texture, radishes are a big hit for veggie lovers of all kinds. You can use radishes in everything from salads to soups to main dishes. Even with their favorable flavor, radishes are incredibly low in calories — 1 cup has only 19 calories, Palmer told us. “That’s a tiny amount of calories, plus these veggies are rich in flavor and spice, thus they can satisfy you,” she said. They are also rich in vitamin C, an immune-boosting and disease-fighting nutrient, offering about 14% of your recommended daily allowance in just a ½ cup.

The refreshing cucumber is very low in calories. | iStock.com

An incredibly versatile veggie that’s a key staple in many cultures across the world, cucumbers are so nutritious, especially considering there’s only about 8 calories in a half a cup. “That means you could easily enjoy 2 full cups for less than 40 calories,” Keri Gans, R.D., New York City-based nutritionist, and author of The Small Change Diet, said in an interview with The Cheat Sheet. “They are an excellent source of Vitamin K which is important for blood clotting, building bone strength and protecting against heart disease.”

As if you needed another reason to drink coffee. | iStock.com/JulieWild

It might not be the most nutritious snack in the bunch, but coffee is tremendously low in calories. It’s actually pretty healthy too, containing tons of antioxidants and nutrients that can improve health. Several studies have even shown that drinking coffee may lower a person’s risk of a variety of diseases, from type 2 diabetes to certain types of cancer. Reach for cold brew, Amidor said, which provides few to no calories per bottle. “Just make sure you’re getting the plain, which is water and filtered coffee, as many other varieties have add-ins, which can increase the calories tremendously.”

Sugar snap peas are tremendously kind to your waistline. | iStock.com

These pods are delicious steamed, chopped, or eaten as is. They’re loaded with nutrition, containing tons of vitamin C — 60 milligrams per 100 gram serving to be specific. This is quite a lot considering the recommended daily intake is 90 milligrams for men and 75 for women. And once again, they’re super low in calories. “One cup of sugar snap peas is around 35 calories and also contains 2 grams of fiber and 2 grams of protein,” said Gans. “Fiber and protein are both important in a snack because they help to keep you full.”

Don’t let their tiny size fool you — these mini versions of tomatoes still pack a serious punch of nutrition for their small size, including vitamins A and B6. One study, published in the journal Annual Review of Food Science and Technology, even found that lycopene, the antioxidant found in both cherry and grape tomatoes, lowers an individual’s risk of certain diseases. “One cup of cherry tomatoes has only 27 calories and are great because you can just pop them as a snack and feel satisfied,” Palmer said.

The cousin of broccoli and brussels sprouts has something to offer, too. | iStock.com

After kale, cauliflower gained popularity as the new “it” veggie, and for good reason. As a member of the cruciferous family of vegetables, cauliflower contains countless health benefits, including heart- and immune-boosting capabilities. It’s also an anti-inflammatory and is rich in a slew of vitamins and minerals. “One cup of chopped, half-inch pieces of cauliflower is around 27 calories, plus 2 grams of fiber and 2 grams of protein,” said Gans. “If you wanted to eat an entire small head of cauliflower you would only consume around 66 calories!”

Switch out your ice cream for berries when you want something sweet. | iStock.com

There’s no limit to the benefits berries can provide, whether it’s strawberries and blueberries or goji berries and acai. They provide a ton of addictingly sweet flavors for only a small amount of calories. In addition to being tasty, berries may even keep your brain sharp. One study, published in the journal Annals of Neurology found that women who ate around two servings of strawberries or one serving of blueberries a week experienced less mental deterioration than those who did not incorporate berries into their diet.

How about popcorn instead of chips? | iStock.com/bhofack2

While the kind you get at the movies is typically loaded with oil, salt, and butter, a homemade version is actually quite low in calories and very nutritious. This is because popcorn is a whole grain, meaning it contains all the fiber from the bran in addition to a bunch of vitamins and nutrients. Its high fiber content keeps you feeling full.

When making your own popcorn, opt for the air-popped kind as opposed to microwave, which often contains as much as twice the calories, Jessica Crandall, R.D. and certified diabetes educator and spokesperson for the Academy of Nutrition and Dietetics, said.

You didn’t think we would forget kale, did you? | iStock.com

Everyone’s trying to incorporate more of this nutrition powerhouse into their daily diet. There’s practically no nutrient kale can’t claim, aside from protein. It’s also a very versatile veggie — it’s great as a side dish, in main dishes or salads, and especially delicious when baked in the oven as a healthier alternative to potato chips. “You can make your own by buying bagged kale that’s pre-shredded,” Crandall said.” Just put it on a piece of parchment paper with spray olive oil and lightly season with salt and pepper.”