Butt Out: These 8 States Are Considering Raising the Smoking Age

A man dressed up like a cigarette warns of the dangers of smoking on a college campus. | Justin Sullivan/Getty Images

When you’re young, smoking cigarettes doesn’t seem to have many consequences. Sure, your clothes might smell, and you could end up spending more money than you’d like on tobacco. But overall? It’s a legal, easy way to blow off some steam.

But several years in, you’ll probably start to see some of the ugly effects. You’re addicted, and get irritable without a cigarette every so often. You find yourself hacking up gnarly stuff or experiencing high blood pressure. All of these are commonly associated with tobacco use and smoking, but unlike when you were younger, quitting is all of a sudden a much more daunting prospect.

Your life is probably more stressful, and you like the solace that a cigarette break offers. Still, you’re starting to see the health effects manifest. What can you do? Is there an easy solution?

If you’ve made it that far, there isn’t — quitting is tough, but possible. The easiest way to avoid tobacco and smoking addiction is to never get started in the first place. This is the idea behind the push to raise the smoking age to 21.

Evidently, it’s a fairly popular idea. Stopping smokers before they get started saves states billions in related health and productivity costs. Smoking not only hurts on an individual level but on a societal one as well (tobacco use has been found to cost the economy hundreds of billions of dollars annually). By pushing the smoking age to 21, legislators hope to keep tobacco out of younger people’s hands. Ultimately, this should see fewer and fewer people smoking, and save lives and money down the line.

Legislation to curb youth smoking and tobacco use 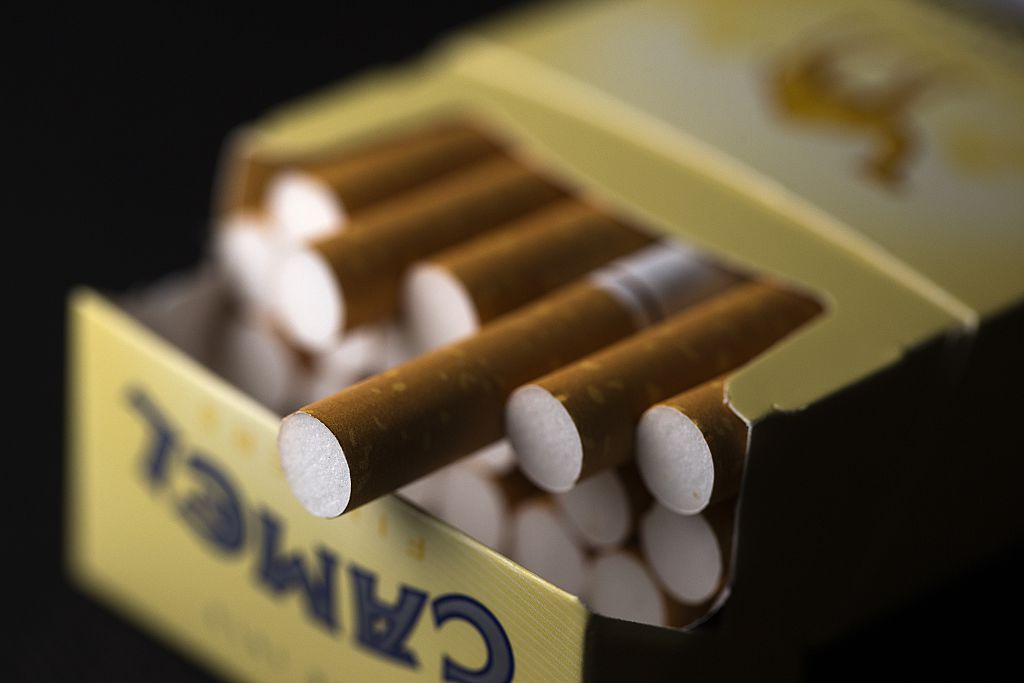 A pack of Camel cigarettes, which will become much harder for people under 21 to purchase if more age-restrictive tobacco laws are passed. | Joel Saget/AFP/Getty Images

Currently, the biggest push to raise the smoking age and expand anti-tobacco laws is from a group called Tobacco 21. With a fairly self-explanatory name, Tobacco 21 is seeking to raise the smoking age to 21 nationwide. It’s been working in a number of states with some success. By targeting individual communities and state legislators, more than 200 municipalities nationwide have now changed their respective laws.

But that’s just one group. There are plenty of others that share a similar goal of lower tobacco use among young people. By making tobacco harder to purchase, and requiring you to be 21 to do so, the idea is that fewer teens and young adults will pick up the habit.

Of course, this doesn’t mean people under the age of 21 aren’t going to be able to get their hands on tobacco. There is a legitimate argument against raising the smoking age that’s identical to the one used against the drinking age: If you’re an adult at 18 and can sign up for the military, access lines of credit, and make other big decisions, why can’t you decide what you will or not put in your body?

You can argue all day about the maturity level of the average 18-year-old. But that’s a tough argument to win. As for which individual states are pushing new legislation, we’ll run through eight of them, including the two that have officially bumped the smoking age to 21.

Lawmakers in Texas are working on new laws to bump the smoking age to 21. Evidently, this has been on the minds of some legislators for a while. But now that other states have set a precedent, it seems more likely than ever. “We have as good a chance as we’ve ever had,” said state representative Carlos Uresti, according to a report from Dallas Morning News. 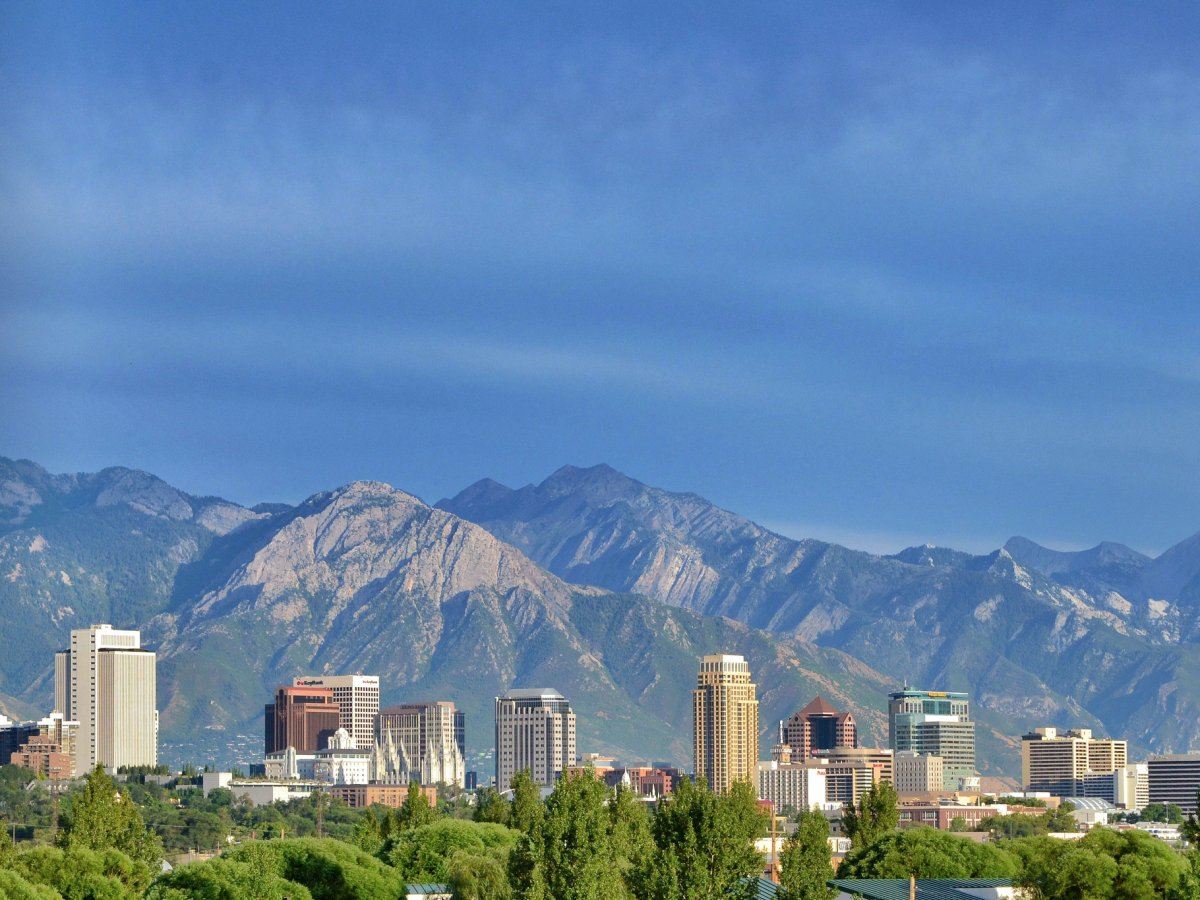 Salt Lake City might see some changes in the future. | Garrett/Creative Commons

Utah’s smoking age is already higher than most states at 19, but they’ve been hammering away at legislation to raise it to 21 since at least 2013, coming close in early 2016. It seems that state legislators have their sights set on passing a new law at some point, and it’s only a matter of time before they’re successful. 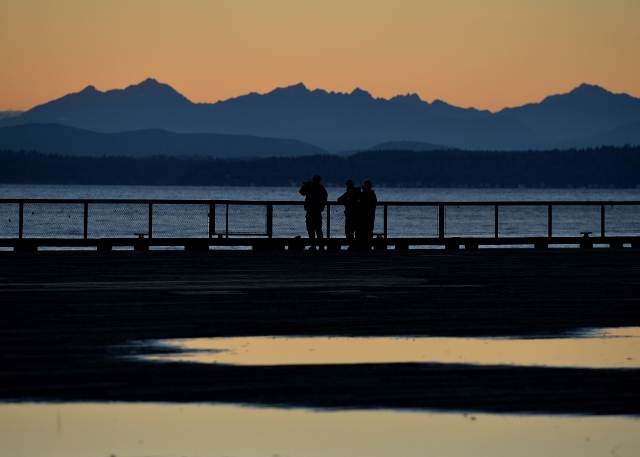 Washington has been discussing this idea, too. | Mark Ralston/Getty Images

The idea of raising the smoking age to 21 has been floating around Washington for a couple of years now. But it hasn’t actually happened — lawmakers are still working on hammering out legislation. It’s been met with a mixed reaction from Washington residents, but it wouldn’t be surprising to see a law passed in the near future. 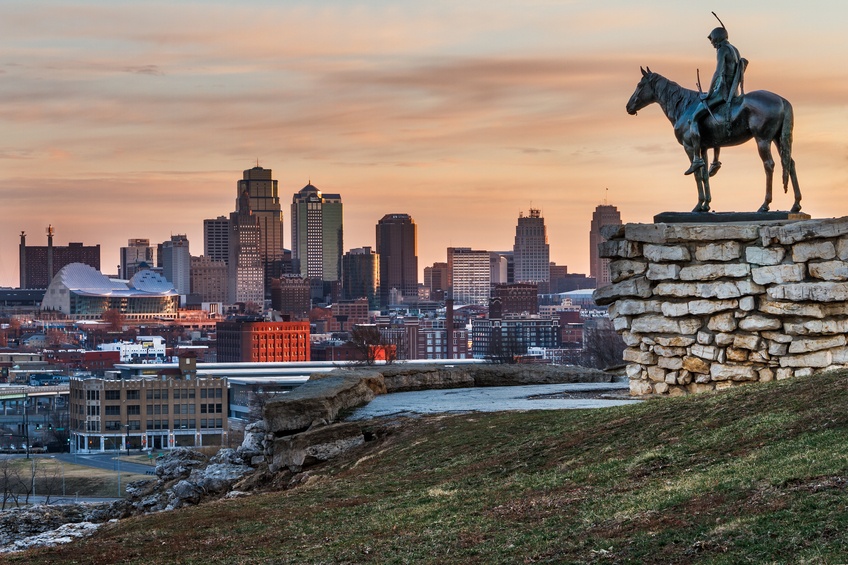 The biggest cities in Missouri are forging ahead with stricter anti-tobacco laws. Kansas City raised the smoking age to 21 in late 2015 and St. Louis County is following suit. Though the laws haven’t been enacted across the state, there’s a good chance similar steps may disseminate to smaller communities. 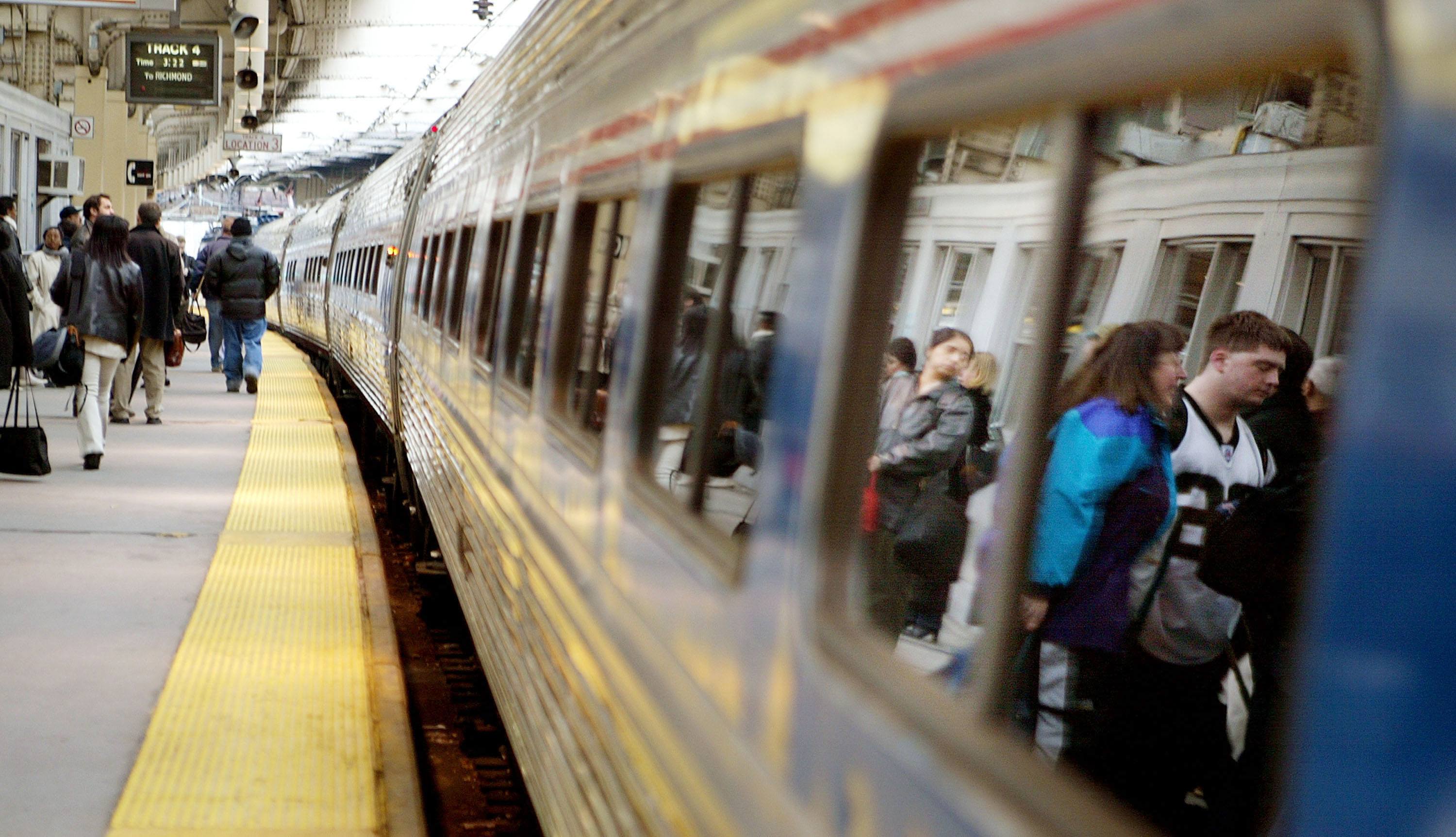 New Jersey nearly became the second state to outlaw tobacco sales to people under 21 in early 2016, but a veto from Governor Chris Christie stopped the law from going on the books. Christie’s main gripe? According to NJ.com, estimates say it would have cost the state more than $16 million in tax revenue. It’s still something New Jersey lawmakers are working on, and it’s an area where they’ve previously had success. In 2006, New Jersey raised the smoking age to 19 from 18. 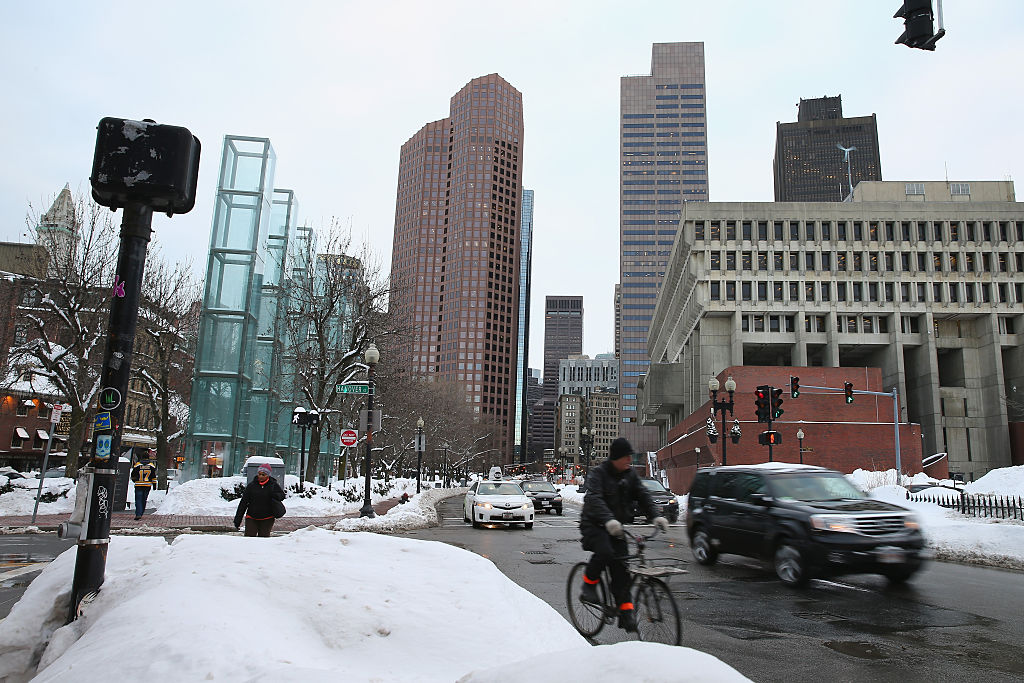 Massachusetts are still working on this. | Maddie Meyer/Getty Images

The Boston Globe reports lawmakers in Massachusetts are working on raising the smoking age state-wide. Currently, there are more than 100 individual cities and communities that have already taken action by raising the smoking age to 21, but state senators and other legislators are working on the issue at a state level. And it appears there’s quite a bit of support behind it. 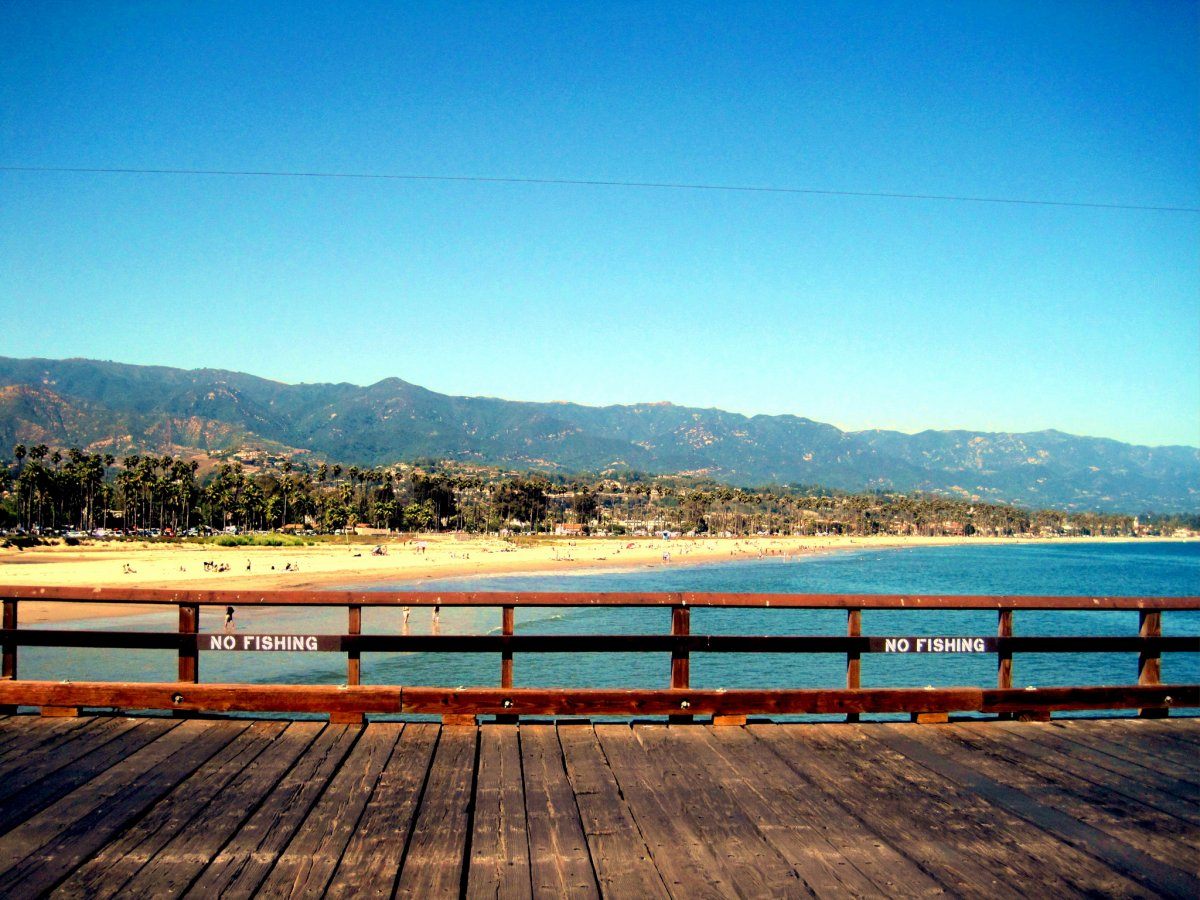 As mentioned, California is one of two states to have instituted a state-wide ban on tobacco sales to people under 21. The Los Angeles Times reports Governor Jerry Brown officially made it law during the early summer of 2016, while also expanding other anti-tobacco rules across the state. The law’s passage made California the second state to raise the smoking age to 21. 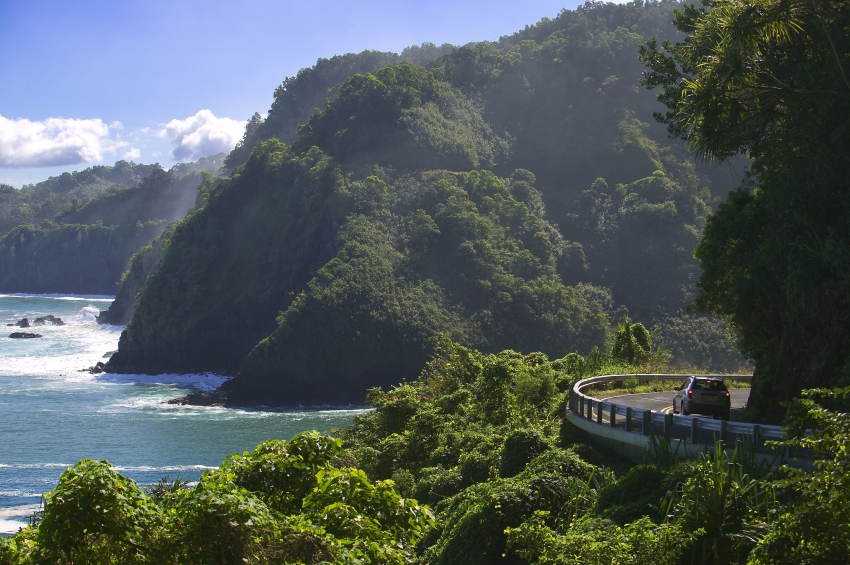 Hawaii was the first state to raise the smoking age. | iStock.com

The first state to officially raise the smoking age to 21 was Hawaii. It was officially raised on January 1, 2016, with the ultimate goal of curtailing smoking rates among young people. “In Hawaii, about one in four students in high school try their first cigarette each year, and one in three who get hooked will die prematurely,” Lola Irvin, an administrator with the chronic disease prevention and health promotion division of the Hawaii Department of Health, told CBS News.

Though Hawaii was the first, it certainly won’t be the last. And you can count on the fact that legislators nationwide will be keeping an eye on how Hawaii’s experiment plays out.