The Secrets Behind Stephen Hawking’s Children, Including the 1 Everyone Thought Wasn’t His

You’re familiar with his name, his contributions to science, and now, his unfortunate death. Stephen Hawking’s legacy is nothing short of amazing.

The BBC reminds us at just 22, Hawking was given only a few years to live following his ALS diagnosis — but he conquered the odds and lived until 76. Though he’s remembered for his scientific theories, the story of his home life, failed marriage, and children is equally as interesting. Here’s what we know about his children, particularly his one son the public thought may not have been his own.

1. His first wife blames fame for ruining their marriage 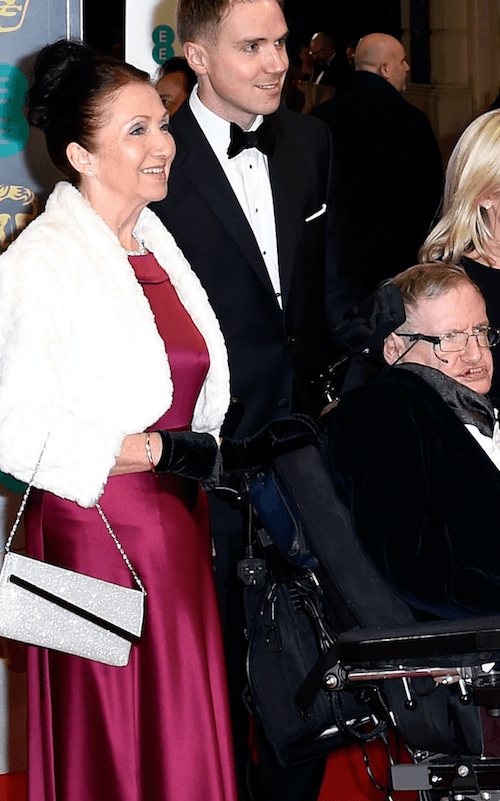 Their marriage was rather strained. | Ian Gavan/Getty Images

Stephen Hawking’s relationships weren’t exactly smooth sailing — but they were certainly interesting. He met his wife, Jane Wilde, at a New Year’s Eve party in 1963. The pair quickly fell in love, and then Hawking received his motor neuron disease diagnosis, news.com.au notes.

Their marriage had its ups and downs until they eventually divorced in 1990. And Wilde says Hawking’s fame that came with A Brief History of Time put a strain on their relationship. “I rather felt that the family had been left behind,” she said during a 2014 interview.

Next: Hawking and Wilde chose to expand their family over the years.

2. The demands of her family’s needs really wore on Wilde

Jane loved her family, but often felt the pressure of being everyone’s caretaker. | Celebrities Family via YouTube

According to mirror.co.uk, Hawking thought women were a “complete mystery.” But that didn’t stop him and Wilde from starting a family, despite their rocky marriage. They had three children — Robert, Lucy, and Timothy.

It seems the struggle of helping her husband deal with his devastating diagnosis and handle three children all at once really isolated Wilde — and it even threw her into a deep depression. At one point, she said she contemplated suicide while being the caretaker for just about everyone. Apparently she even feared her husband would die and no one would be able to support her.

Next: This was the golden child out of all three of Hawking’s kids.

3. His daughter was in the spotlight more so than his sons

Hawking’s children never garnered as much attention as their ultra-famous father, but one in particular did achieve some merit with the public. Lucy Hawking, the middle child, wrote numerous books and even co-wrote one with her father, metro.co.uk says.

Though she’s always been more in the spotlight, she’s not the only one of his kids to do amazing things. Robert, the eldest child, helped take care of Hawking the most through his illness. He had aspirations to be a scientist, too, though he later chose to follow the path of software engineering.

Next: Hawking had one child that stirred up serious controversy.

4. And there were rumors his youngest wasn’t his

Wilde met Jonathan Hellyer Jones after a friend suggested she should take up singing at the local choir Jones ran. The Guardian notes by this point, Wilde was feeling doubtful about her marriage to Hawking. And the strain of taking care of him and the two of their children at the time was getting to be too much.

Jones and Wilde became very close, and then she found she was pregnant for a third time. Many wondered if Timothy, born roughly 10 years after his siblings, was really Hawking’s. Wilde says she’s sure he’s not Jones’, though the two did go on to have a relationship after her divorce from Hawking.

Next: Hawking’s relationship with his youngest son was an odd one.

5. Hawking’s relationship with Timothy was strained over the years

Did these rumors create tension in their relationship? | Celebrities Family via YouTube

Unlike his siblings, Timothy Hawking wasn’t around to see his father before his diagnosis. This put a great strain on their relationship, as his father’s ability to speak was already deteriorating by the time he was born, Heavy notes.

Their relationship did improve over the years, though. The youngest Hawking has said before that he used to program swear words into his father’s speech machine as a prank. The two also bonded over motor racing a little later in life.

Next: Wilde wasn’t Hawking’s only love — or his most controversial.

6. And Hawking’s second marriage caused friction with his kids

He married again after his divorce. | Celebrities Family via YouTube

After the deterioration of his first marriage, Wilde moved on — and so did Hawking. He went on to have a relationship and marry his nurse, Elaine Mason, in the ’90s, news.com.au reports.

It wasn’t pure happiness for the family, however. The Hawking kids thought Mason was restricting access between them and their father, which caused a lot of tension. And there were additional rumors perpetuated by other nurses that Mason was physically abusive toward her husband. The police were even notified of a few instances.

Next: This is how his children are dealing with his death.

7. His kids have spoken out about the impact of their father’s death

His three children released a statement. | Celebrities Family via YouTube

Despite his tumultuous relationships, Hawking remains a true modern legend, even in the eyes of his kids. Heavy explains they put out a heartfelt statement, which included some great quotes from their father. “He once said, ‘It would not be much of a universe if it wasn’t home to the people you love.’ We will miss him forever,” the statement read.

Hawking also left them other tidbits of advice, like how they should never give up work, since life is meaningless without it. And of course, he advised them to “remember to look up at the stars and not down at your feet” — a very Hawking thing to say indeed.