Cancer: How Beer, Bacon, and a Big Belly Put You at Risk 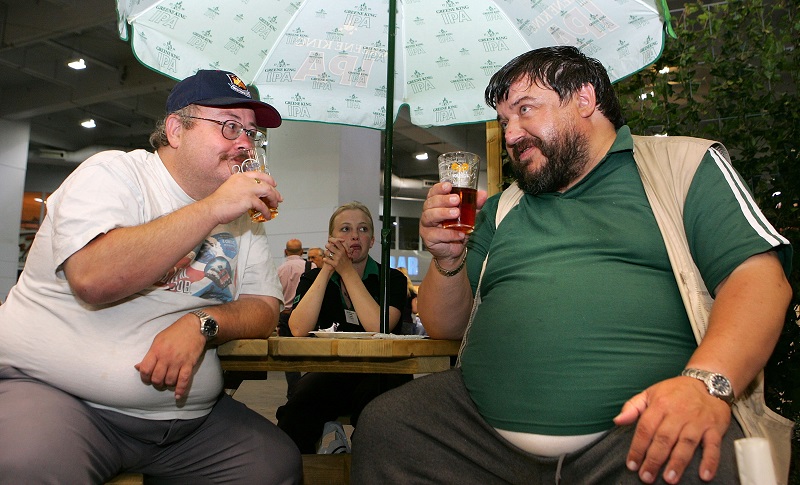 Cancer is a frightening prospect — and of the numerous types of cancer, stomach cancer is one of the scariest. Though you can do numerous things to lower your odds of a diagnosis, it still manifests in thousands of Americans with frightening regularity. Most of the attention goes to breast or prostate cancer, but stomach cancer is particularly insidious in that it can all but shut down a person’s body entirely; you have to eat, and a working stomach is required for it. Stomach cancer is also the fifth-most common type in the world; though you probably never would have guessed it.

Now, researchers have a better idea of what actually causes stomach cancer. Or, at least a few things that can and will significantly increase your risks of developing it. Fair warning: Most Americans aren’t going to like what they’re about to hear.

According to a new report from the World Cancer Research Fund, along with the American Institute for Cancer Research, scientists have found “strong evidence” that obesity and consumption of red meat and alcohol all drastically increase the odds of developing stomach, or gastric cancers.

“Drinking three or more alcoholic drinks (more than 1.5 ounces of pure alcohol) per day, every day, increases the risk of stomach cancers. The risk is most apparent in men, as well as in smokers and ex-smokers,” a corresponding brief from the AICR reads. “The report also found that for every 1.8 ounces (50 grams) of processed meat eaten per day, every day – the equivalent of one hot dog – the risk of cancers of the lower stomach (non-cardia)* increases by 18 percent.”

This can throw a wrench in the daily habits of many Americans. While most people probably lay off the alcoholic drinks for the better part of the week, it’s not uncommon for people to have a few beers after work — and that’s evidently enough to cause some serious damage.

The same goes for processed meat consumption. With the amount of bacon, hot dogs, ham, etc. that Americans consume, there’s a real cause for concern.

For most people, the biggest red flag that this report throws up concerns the carcinogenic properties of processed meat. This isn’t the first time we’ve heard about it, either. Recently, the World Health Organization reclassified red and processed meats as carcinogens to the dismay of millions. According to the WHO’s classification criteria, processed meats present as much of a cancer risk as tobacco and asbestos.

Stomach cancer isn’t the only type that meat consumption has been tied to, either. The AICR has also tied processed meat to cancers of the colon and rectum. This doesn’t mean you need to stop eating processed meats entirely, but it should force some people to reconsider their diets.

Obesity is associated with numerous illnesses and diseases, and can not only help cancers develop, but also leads to heart disease and diabetes. “New evidence in the report links cancers of the upper stomach (cardia) to being overweight or obese, bringing the types of cancers now linked to carrying excess body fat to eleven. The report shows a 23 percent increased risk of cardia stomach cancer per every five-unit-increase in Body Mass Index,” the report reads.

With so many Americans now tipping the scales — one-third of the population are considered obese — further evidence that excess body weight and mass can cause these cancers isn’t welcome news. Obesity also ties into increased consumption of processed meats and other foods, meaning that the carcinogens identified in this latest report seemingly cascade into one another.

Finally, alcohol consumption has also been singled out as a likely carcinogen. As mentioned previously, the report sets the limit at three drinks per day, which may or may not sound like a lot, depending on any number of factors. Alcohol use has been found to slow our body’s natural repair functions, and in addition to the digestive system, is known to cause cancers of the mouth, esophagus, liver, and colon.

Again, this latest report is likely only reaffirming what many people already know: You need to cut the dangerous vices and maintain a healthy bodyweight. But the fact that these three key factors are so closely associated with stomach cancer is new, and something that shouldn’t be taken lightly.