Stormy Daniels’ Father Releases Childhood Photos, But Is He Really on Trump’s Side?

Adult film actress and alleged former Trump mistress Stormy Daniels (whose real name is Stephanie Clifford) has said in the past that she’s estranged from both of her parents, and now that her mother has spoken to the media — and taken Trump’s side — it’s easy to see why. Recently, her father also spoke to the press, showing never-before-seen childhood photos and revealing some intimate details about her life.

But even he was slow to condemn President Trump for any wrongdoing, leaving people wondering if he also secretly sides with the POTUS.

Bill Gregory is concerned for his daughter’s safety. | Inside Edition via YouTube

Bill Gregory, Stormy Daniels’ biological father, currently lived in Los Angeles and works in construction. But once upon a time, he lived in Baton Rouge with his wife and their daughter, Stephanie (now known as Stormy Daniels). He and his wife split when Stephanie was just four years old.

Next: He shared photos, but also admitted he wasn’t around much.

Stormy as a teen 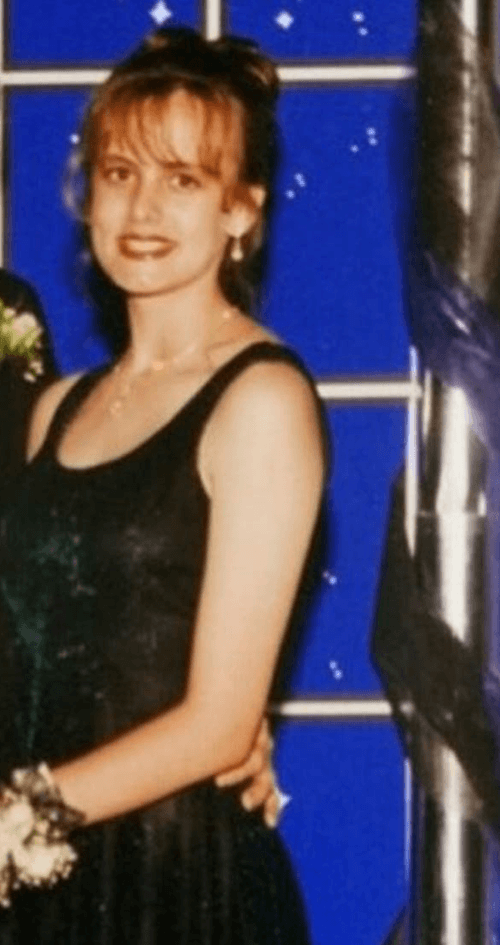 Gregory shared a few old photos of Daniels from Inside Edition, including a prom photo. But he’s also admitted he wasn’t around much while his daughter was growing up.

“I paid my child support and did all that, but I didn’t really have any involvement when she was being raised,” the 68-year-old Gregory said.

He is both proud and disappointed in his daughter. | Bill Greggory

While Gregory admits he’s disappointed in his daughter’s career choice, he also says he’s not ashamed of her. And he did have a few positive things to say about it.

“At least she’s successful at it,” he said. “I guess if you’re gonna do something you should be successful and I’m proud of her for being successful. She’s obviously very intelligent. She’s written books, she’s directing movies now, too. It’s just unfortunate that that’s what she chose to do as far as I am concerned.”

Next: Gregory worries for his daughter’s safety.

Regarding the Trump scandal, Daniels’ father is worried

He is afraid of Trump’s radical supporters. | Chad Buchanan/Getty Images

When it comes to Daniels’ scandal with Trump, Gregory says he fears for her safety. He’s worried Trump supporters will go after her.

“Be very careful,” he said when asked what advice he would give to his daughter. “When you start challenging powerful people with a lot of money, they can ruin your life.” He added that Trump has a lot of “radical followers” that might take offense to her talking about him.

He isn’t willing to side with his daughter so easily. | Chris Kleponis-Pool/Getty Images

Daniels’ father may be worried about her safety, but that doesn’t mean he’s on her side. In fact, he says he doesn’t want to choose between his daughter and his POTUS.

“I like Trump and I like my daughter,” Gregory said. “I don’t want to pick sides. It’s unfortunate that it’s gotten to this point.”

Next: Could this lack of support be the reason Daniels doesn’t speak to her parents?

She might have her own reasons for straying away from her parents. | Ethan Miller/Getty Images

Gregory admits he hasn’t spoked to his daughter in almost 20 years, which is even longer than the 12 years she’s gone without speaking to her mother. He also says it was Daniels’ decision, not his.

I didn’t stop talking to her,” he said. “She’s the one that broke off ties with me and her mother.”

Daniels hasn’t said why she stopped talking to her parents — or even if her parents’ claims are true — but considering both are quick to express their ongoing support for Trump rather than take her side, one can’t help but wonder if Daniels didn’t feel she got the support she needed from them.

Next: The truth shall set you free?

The payout, the offer, and the interview

Stormy Daniels is returning 130,000 to be able to openly speak about her relationship with Trump. | Ethan Miller/Getty Images

Of course, no one knows what really happened between Stormy Daniels and Donald Trump except the two of them. That being said, Daniels has offered to return the $130,000 she was allegedly paid for her silence in order for her to talk about what happened. She’s also about to give a tell-all interview on 60 Minutes.