Most moms aren’t putting babies to sleep safely, according to a new study published in the medical journal “Pediatrics.” In the study, 3,2697 mothers were surveyed, and 77% reported that they usually – but not always – put their babies to sleep on their backs.

Fewer than half the moms surveyed reported that they both intended to and then actually did place their babies exclusively in the supine position (on their backs). 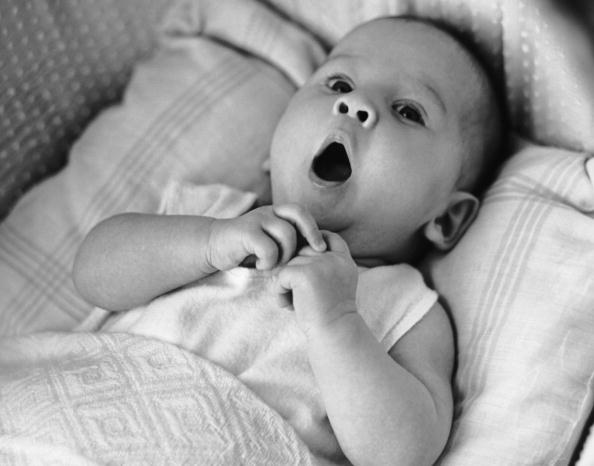 A baby yawns under blankets in the 1950s. | George Marks/Retrofile/Getty Images

“What was new and hadn’t been explored before was this idea of what people intended to do versus what they actually do,” said Dr. Eve Colson, professor of pediatrics at Yale School of Medicine and co-author of the study, as reported by CNN. “What we found was that people intended to put their baby on their back but didn’t always do that.”

The goal of the “Safe to Sleep” campaign (formerly called “Back to Sleep” and introduced in 1994) is to reduce the risk of Sudden Infant Death Syndrome (SIDS) by urging parents to put babies to sleep on their backs (never on their stomachs) until age 1. Experts say the U.S. rate of SIDS fell by 50 percent after the campaign began.

Researchers believe SIDS is related to problems in the brain regions that control breathing and arousal from sleep, according to CBS News. Some parents still do favor putting babies to bed on their tummies, and there is evidence that rates of back-sleeping are declining among black families, said Dr. Michael Goodstein, a neonatologist in York, Penn. who was interviewed by CBS and who co-wrote an editorial published with the study. “Supine sleeping is simple, and it works,” he said.

SIDS is one of the leading causes of infant death. SIDS is an unexplained fatal condition. Other possible causes of death associated with a baby’s sleep position include suffocation.