The Stupidity of America’s Dumbest Criminals Will Blow Your Mind

It goes without saying we expect criminals to be intelligent to outsmart police and commit a crime. However, these criminals defy this logic. They’re some of the dumbest criminals America’s ever seen. Their tactless actions lead them straight into the arms of authorities.

Man incriminates himself with tattoo 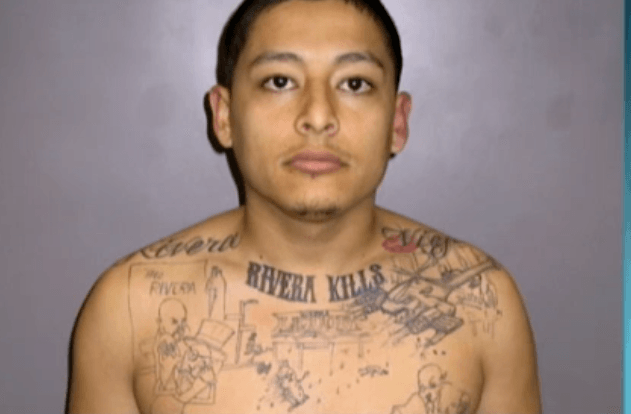 Anthony Garcia, has a very detailed tattoo depicting a murder on his chest. There’s only one problem. The tattoo is of a murder committed by Garcia. Seeing the tattoo while taking Garcia’s mug shot for another crime, police put the pieces together about a four-year-old murder, according to Reader’s Digest. “Garcia’s tattoo artist even matched the trajectory of the bullets,” Det. Sgt. Kevin Lloyd told ABC News. Garcia is currently serving a 65-year prison sentence, the New York Daily News says.

Woman forges document to prove she’s not a forger

Some forgers must think they are just too good. | iStock.com

A California woman facing prison time for forging drug prescriptions asks the judge presiding over her case to postpone the trial. Why? For medical reasons. After presenting her doctor’s note to the judge, her request is denied. Turns out, she forged the doctor’s note.

Man uses ‘my dog did it’ defense

Dogs can do a lot of things … but lifting weights and driving cars is not one of them. | damedeeso/Getty Images

We’re all familiar with the “my dog ate my homework” excuse. Although maybe not as a reason for committing a crime. While being handcuffed, after leading police on a high speed chase, Reliford Cooper, III told police, “My dog was driving that car,” according to People. Police found no dog at the scene.

He probably would have never been arrested if he didn’t say anything. | Scott Barbour/Getty Images

Stopped at a red light in Chicago, a man rolls down his car window and asks the officers in the squad car next to him if he’s a “wanted man,” according to Reader’s Digest. After getting out of their cruiser, the cops smell marijuana coming from the man’s car. While investigating the source of the smell, they see the butt of a handgun in the man’s car. “Further investigation revealed an illegal loaded assault rifle, unregistered weapons, and ammunition.”

Snapchat is able to tell authorities your whereabouts. | Snapchat

Hiding in a cupboard from the police, Christopher Wallace decides it’s a good time to share what he’s doing on Snapchat, People says. Wallace, giving away his location to the authorities, is caught. But not before previously posting about being at his home in the first place to tip of the cops. The lesson here is don’t commit a crime and post about your actions on social media.

Fried chicken can even slow down a thief. | iStock.com

After breaking into John Terrell’s New Hampshire home, and helping himself to chicken wings in the fridge, Renaud Plaisir, fell asleep in the guest bedroom. Upon coming home and finding Plaisir in his house, Terrell managed to detain Plaisir until the police arrived, People says. It’s safe to say Plaisir won’t be eating chicken wings again soon.

We aren’t too sure how a person could forget they are in jail. | iStock.com/Sakhorn38

While serving a life sentence for robbery, LaDondrell Montgomery’s lawyer found evidence to exonerate him. At the time of his trial, Montgomery forgot details of his whereabouts during the robbery in question. It just so happens, the robbery took place with Montgomery behind bars. Being in jail slipped his mind, Reader’s Digest says.