6 Surprising Reasons Why People Get Injured

People who take their fitness seriously hate two things: missing a workout and getting injured. The latter is much worse because it can leave you sidelined for quite some time, depending on how bad the damage is. This explains why so many gym buffs have a regular warm-up, cool-down, and stretching routine. Sadly, even these efforts can’t completely injury-proof your body.

For the particularly unlucky, a new injury will crop up right after another one heals. If this sounds like you, it’s likely that something other than your routine is to blame. Your latest muscle strain may stem from one of these six unexpected sources.

1. You have bad shoes 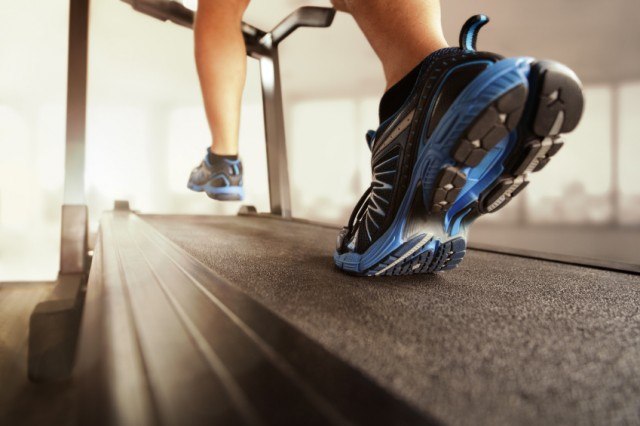 Your shoes could be to blame. | iStock.com

Every sport requires certain equipment, even if it’s very little. Save for a few activities like swimming or yoga, most call for a good pair of shoes. According to Runner’s World, the right pair of kicks can alter your form in a way that positively changes the way your body responds to forces. The key is finding the right fit for your feet and body, so you’ll probably have to do a little test driving. You wouldn’t buy a car without taking it for a spin. The same should go for athletic shoes.

Runners aren’t the only ones who need to pay attention to their kicks, though. The American Academy of Podiatric Sports Medicine said good shoes are crucial for basketball players to minimize the risk of ankle, foot, hip, and back injuries. Soccer players should pay attention as well. One study found cleats with longer studs, while linked to greater speed, increased the risk of injury.

Finding the right shoes is only half of the solution, though, because even the greatest kicks won’t save you if they’re too old. Michigan State University Extension said athletic shoes need to be replaced every 350 to 500 miles. That’s about once every three months for extremely active people and at least once every six months for everyone else.

2. You have a muscle imbalance

A muscle imbalance can cause injury. | iStock.com

Keeping your muscles strong is a huge part of keeping your body free from pain, but only if everything is in balance. Many people neglect certain muscles when lifting weights or by participating in certain sports. Because these areas are weaker, your other muscles have to compensate, which increases your risk of injury.

Even if you make a concerted effort to target these muscles during your workout routine, everyday activities can throw things off. ACE Fitness explained everything from the way you sleep to the way you carry a bag can lead to imbalances.

The best way to test for imbalances is by using a process called the Functional Movement Screen. This test analyzes your ability to correctly perform seven different exercises. While you can certainly do it on your own, you’ll be better off working with a trainer who knows the process. Once you’ve identified which muscles are lacking, you can adjust your workouts.

Make sure you’re working out with good form. | iStock.com

Gyms aren’t surrounded by mirrors just so buff guys can check out their fabulous physiques as they lift; they’re meant to help you keep an eye on form as you go through each move. Though there’s a certain amount of risk with any exercise, some are notorious for causing injuries.

Instead of just going through the motions when you’re at the gym, take your time. Don’t try to squeeze out one more rep in a potentially dangerous position because you’re better off cutting it short. If you can’t tell whether or not you’re doing the movement correctly, one of your gym buddies will be happy to take a look.

4. You have an asymmetrical body

Just because you have two arms and two legs doesn’t mean they’re perfectly matched. Podiatry Today reported leg length discrepancies are actually very common and can lead to hip, back, and knee pain, particularly for those who run a lot. Though most differences in length are too small to see, they really can make exercise painful.

Though some extreme cases call for surgery, there are plenty of other things you can do to even things out. Dynamic Chiropractic said many discrepancies can be alleviated simply by using custom orthotics. Your best bet? Talk to a physical therapist or chiropractor.

5. You’ve been injured before

Having one injury puts you at risk of another. | iStock.com

Many of us would like to think we’re good to go after we’ve recovered from an injury, but it could have major implications down the road. One 2014 review revealed many lower extremity injuries increase the risk for future injury. A 2015 study found rock climbers who’ve suffered finger injuries are significantly at risk to suffer the same ailment.

Ankles may be the worst of the bunch. The New York Times reported the recurrence rate for sprained ankles is at least 30% and potentially as high as 80%. The lesson here it to take each injury seriously, allow it to fully heal, and do everything you can to strengthen the area.

6. You aren’t eating the right foods

Eat foods that will help your body. | iStock.com

Let’s start by talking about bones. Those who find themselves suffering from fractures may have issues with bone mineral density. While much of it has to do with your genetics and the amount of weight-bearing activity you perform, diet plays a key role in keeping bones strong. If you aren’t getting enough calcium, vitamin D, folate, and vitamin K, you’re putting your bones at risk.

The foods you eat can even affect how well your body heals. Livestrong highlighted some of the best eats, including protein, to help your body repair muscle tissue. Lots of simple carbs and sugar aren’t going to cut it.