People are constantly searching for the keys to a successful relationship. Advice varies, but these facts remain the same. Keep reading to see what it’s like to have a big age gap between your partner and what they mean for your relationship. Plus, celebrity couples with big age gaps who are still going strong.

The relationship is awesome…at first

The relationship will start off great. | iStock.com/EpicStockMedia

People who have younger partners experience more satisfaction in the beginning phases of their relationship versus couples of similar ages, a new study says. What this means is, a couple will be experience lots of bliss. However, the amount of time the blissful feeling lasts varies.

Hint: Happiness will last only so long.

Happiness will initially be abundant. | iStock.com

The honeymoon phase for couples with a large age gap is a minimum of six years, capping at eight. The first decade of a relationship or marriage will be a breeze. This is because the honeymoon phase is still in full swing. Everything is relatively new and fresh.

Hint: Here’s why you see men with younger wives.

Men with younger wives are the most satisfied in the beginning

The man will be happier with a younger woman. | iStock.com

Ever wonder why a man is married to a much younger woman? You may have your own theories but consider this: “Men tend to be more satisfied with younger wives,” according to the study. Your theories may be about specific details — the younger woman may be young, attractive, and energetic — leading to overall satisfaction.

Men married to older women are the least satisfied

Men married to older women are the least happy in their relationships. They may have fantasies of marrying an older woman, but the grass may only look greener on the other side. A big contribution to dissatisfaction is money. More on that later!

Hint: Why women are unhappy being married to older men.

Women are more dissatisfied when they’re married to older husbands

Plenty of women marry older men. However, the study finds that like men, women are dissatisfied when they’re married to older men. Couples defy the odds, but dissatisfaction does occur.

Hint: There’s a reason why you see women with younger men.

Women are more satisfied if they’re married to younger husbands

Similar to men, women are satisfied being married to a younger man. This may be because of physical appearance, goals, values, and so on. However, satisfaction does dwindle. More on that next.

Hint: Expect the first five or six years to be bliss.

Everyone sees decline in satisfaction after 6-10 years

Problems seem to arise after 6-10 years for all couples. | Vadim Guzhva/iStock/Getty Images Plus

“The people who are married to a much older or younger spouse tend to have larger declines in marital satisfaction over time as compared with those who are married to spouses who are similar in age,” Terra McKinnish, an economics professor at the University of Colorado Boulder and co-author of the study, told Live Strong. Satisfaction tends to decline in the 6-10 year range. This may be because “Differently aged couples are less resilient to negative shocks,” according to the study.

One reason could be money

Money issues can put a huge strain on a relationship. | iStock/Getty Images

One example of a negative shock is job loss. Losing one’s job could lead to more frequent arguments about money. Money is a major strain on relationships. In fact, finances are a common source of arguments among couples and spouses. These money habits can kill a relationship, whether it’s with two people of the same age or not.

Hint: Couples with a big age gap can be derailed by money problems.

Couples closer in age have more in common. | iStock.com/monkeybusinessimages

Couples closer in age are in similar places in their lives. For example, a couple in their mid-twenties to early thirties may be focusing on paying off student loan debt. While a couple in their fifties may be saving for retirement. For a couple of differing ages, money can create big problems. “Big financial shocks could reveal underlying issues and mismatches with the age-gap couples, who didn’t have much in common in the first place,” Live Strong says.

Marrying someone close to your age is your best bet. | iStock.com/Ridofranz

The bigger the age gap, the more likely a couple is to divorce or break-up. This may be why we see many May-December romances between celebrities of differing ages. Or why our first instinct is to say a couple won’t last when we find out their age difference. The sad truth is statistics support these claims.

Hint: The statistics are scary.

How it breaks down statistically

The bigger the age gap, the more likely the divorce. | Minerva Studio/iStock/Getty Images

In an Emory University study, 3,000 married couples are evaluated based on their spending. The study results are bleak. “Couples with 10 years between them were 39 percent more likely to split than a same-age couple, while those with a 20-year gap were 95 percent more likely,” Live Strong says about the study. “Couples with a 30-year differential were pretty much doomed: 172 percent [%] more likely to end up divorced.”

These two have been going strong despite the odds. | Bennett Raglin/Getty Images for Lifetime

Actress Catherine Zeta-Jones and actor Michael Douglas, married at 31 and 56 respectively. The 25-year age gap between the two  has proved to be no obstacle for the couple. “I don’t take any of this for granted. When I look at Michael, I run around like a little girl. I can’t believe I came into his life and he came into mine,” Zeta-Jones told People before her wedding at the Plaza Hotel in 2000.

Hint: Here’s another A-list celebrity couple who defies the odds.

Jay-Z and Beyonce have a solid foundation. | Win McNamee/Getty Images

One of the most prominent celebrity power couples is Jay-Z and Beyonce. The age gap between the two is 12 years. “We were on the phone for a year and a half, and that foundation is so important for a relationship. Just to have someone who you just like is so important, and someone [who] is honest,” Beyonce told Oprah during an interview.

Hint: This celebrity met her man after praying for a husband. 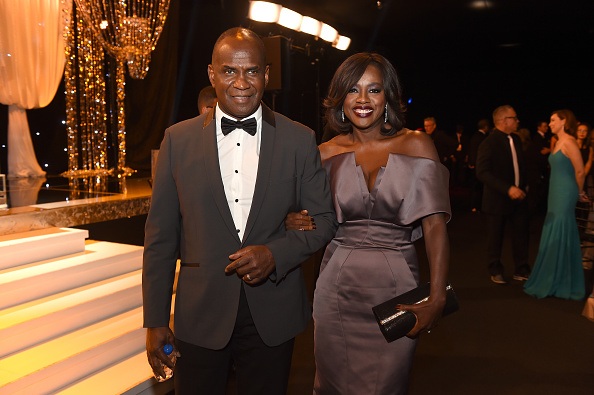 Actress Viola Davis and her husband, Julius Tennon, have nearly 18 years of marriage under their belts. Viola, 52 and Julius, 64 have a 12 year age gap between them but that’s not a problem for the pair. Prayer helped Davis find her husband. “I said I wanted a big black man from the South who looked like a football player, who already had children, who maybe had been married before . . . 3 1/2 weeks later I met my husband,” she told Page Six.

Hint: This couple remembers how lucky they are to have each other. 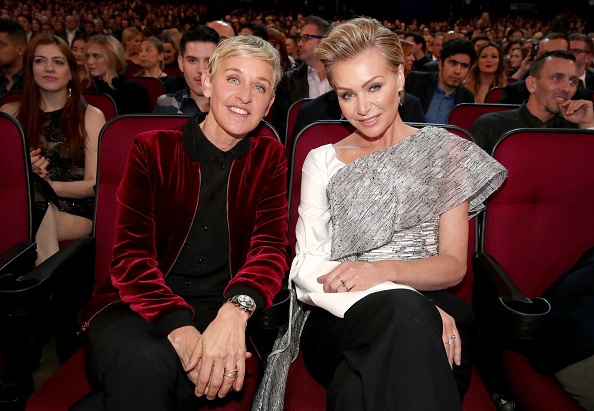 These two have been going strong for years. | Christopher Polk/Getty Images for People’s Choice Awards

Ellen DeGeneres is 59 years old and wife Portia de Rossi is 44 years old. The pair tied the knot in 2008 and have been going strong ever since. “I’m grateful for everything. I’m grateful for my health, and I’m so grateful for the love in my life,” DeGeneres told People. “Because not everybody finds that. Not everybody finds that best friend.” When it come to real life romances, statistics are numbers on paper that don’t necessarily reflect every relationship.

Read more: The Best Relationship Advice I Ever Received