The Most Bizarre Ways to Reduce Your Dementia Risk Right Now

Dementia is a disease that affects mostly older people and comes with no cure. It’s on everyone’s minds, but most people don’t realize there are many easy — and bizarre — ways to prevent this disease. Here are 15 surprising ways to prevent dementia right now.

Next: Cutting this out can help your brain.

Those after dinner snacks may be hurting your brain, according to researchers. When you don’t eat at night, you force your body to burn ketones. This is a healthier fuel for your brain than burning carbohydrates. Fasting overnight triggers those ketones to burn, which may fuel your brain with something better for it than carbs. Try eating an early dinner, then don’t eat again until breakfast to give your brain a healthier form of energy.

Next: Add a little more humor to your life.

Don’t be afraid to laugh. | iStock.com/monkeybusinessimages

Laughing is always a good thing, and experts have sworn by its health effects for years. But it can also play a role in reducing dementia risk. Laughing at something means you’re keeping your brain active. The more active you keep your brain, such as noticing something funny, the better you’re maintaining your brain’s cognitive function. Laughing helps the body in many other ways, including lowering stress and anxiety. Low stress and little anxiety can also help the brain stay healthier into your later years.

Next: If you’re considering moving, now may be the time.

You may want to move to the suburbs. | Mark Ralston/AFP/Getty Images

If you’re living in a polluted city, you may want to consider moving. Air pollution may play a direct role in dementia development. A 2017 study found that people living in polluted cities (both air and noise pollution) had a 40% greater chance of developing dementia than those who did not. More studies need to be done to provide concrete evidence of the connection, but experts have long thought that pollution can have an effect on brain activity. If you’ve been considering making a move to the suburbs, now is the time.

Next: This simple test might lead to a diagnosis.

5. Take a ‘scratch and sniff’ test

Your sense of smell may diagnose dementia. | DeanDrobot/iStock/Getty Images

While this doesn’t necessarily prevent dementia, it can lead to an early diagnosis, which gives doctors the upper hand in suppressing your dementia development. Researchers believe that a loss of smell may be directly related to Alzheimer’s, a progressive form of dementia. If your sense of smell is failing, it could be a sign of the disease. There are very few ways to diagnose dementia early, so this could be a medical breakthrough in an early diagnosis of the disease.

Next: A certain amount of this is good for your brain.

Your slap patterns may not seem like a big deal to you, but they mean a lot to your brain. Not getting enough sleep prevents your brain from getting the proper rest it needs. Down the road, this could lead to cognitive issues, such as dementia. Getting seven to nine hours of shuteye each night is an easy way to help prevent the disease. Also, if you’re getting older and notice you’ve been tossing and turning a lot more than usual, it could be a sign of the disease.

Next: Don’t ignore those close to you.

7. Strike up a conversation with the neighbors

Being social doesn’t just pass the time — it can actually prevent dementia. Studies suggest that people who are “lonely” may be up to twice as likely to develop dementia compared with those who maintain close relationships. Keeping in touch with family and friends may seem like a chore at times, but those are the people in your life who love you; keeping them close may actually prolong your life.

Next: Cut this out of your diet. 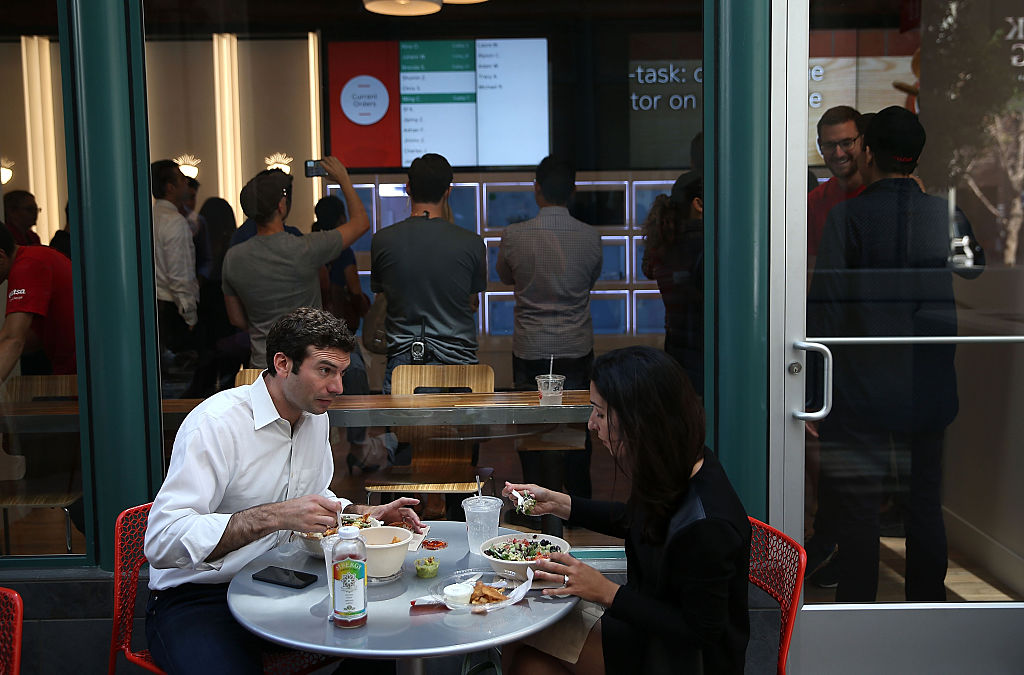 Nix the fast food if you want to live longer. There are many reasons cutting high-sodium foods, such as salty fries and cheeseburgers, can help prolong your life — but dementia risk is one of them. This is because your diet has a direct effect on your blood pressure, and high blood pressure increases your dementia risk. Hypertension affects the blood flow to your brain. Over time, it can cause a blockage that may lead to a dementia diagnosis.

Next: It’s all about protection.

You need to protect your head in every way possible. Specifically, always wear a helmet when riding a bike and be careful if you’re engaging in contact sports. Studies have shown that people who suffer concussions have a far greater risk of developing dementia than those who have never taken a hard hit to the head. Any major blow to the brain, such as a bad concussion, progresses the brain’s cognitive decline.

Next: This specific physical activity may decrease your risk.

Running may help prevent dementia, and running 15 miles per week will give you the greatest brain benefits. A recent study found that those who ran about 15 miles per week were 40% less likely to be diagnosed with dementia later in life. If a 15-mile weekly goal seems daunting, it may benefit you to sign up for a race, such as a half marathon or a 10k. This way, you’ll have motivation to get up and go for a run — it may just save your life.

11. Pour yourself a drink

Red wine is good for your brain. | Plateresca/iStock/Getty Images

Too much alcohol is a bad thing, but in moderation, it can actually protect your brain. Red wine contains flavonoids that promote good brain health. Drinking one glass of red wine each night can help keep your cognitive skills sharp. However, make sure to stick with only one glass. And you’ll only see these benefits from one glass of red wine, so don’t switch it out for white or rosé.

Next: Keep the brain sharp by doing this.

12. Do that newspaper Sudoku

You might flip right past that Sudoku puzzle in the newspaper each morning, but don’t. Focusing on something such as a Sudoku puzzle is great exercise for your brain. Muscles work better when you exercise frequently, and the same goes for the brain. The more you use it, the better it works. Give your brain a workout each day by solving that Sudoku, and you’ll decrease your risk of developing dementia.

Next: Rethink that sandwich.

13. Lay off the white bread

Lay off the white bread. | iStock.com/SasaJo

White bread is loaded with simple sugars that promote weight gain and lead to diabetes. Those with type 2 diabetes are at a higher risk of developing dementia in later years. You are what you eat, and your diet has a direct impact on your health in later years. Reduce that simple sugar intake to prevent getting diabetes, and you’ll be doing a lot to lower your dementia risk as well.

Next: Your brain will benefit from more of this.

While you’re making changes to your diet, try to incorporate more broccoli, too. Cruciferous vegetables, such as broccoli, Brussel sprouts, and cauliflower are loaded with carotenoids and antioxidants that keep your brain healthy and may prevent dementia. Other foods, such as berries, mushrooms, and certain nuts may also play a beneficial role in preventing cognitive decline as you age.

Next: Don’t light up.

15. Put out the cigarette

You’ve probably heard that smoking affects your heart and lungs, but you may not know that it can actually promote dementia. Cigarettes are loaded with toxins. Over time, these toxins affect your brain’s ability to function properly. While not everyone who smokes will get dementia, the constant flow of toxins to the brain puts you at a much higher risk. There are many reasons to quit smoking, but preventing dementia is one of them.