You Thought These Fast Foods Were Healthy … But They’re Not

For most home cooks, the thought of downing fast food is basically horrific. Sadly, life sometimes gets in the way of our plans to prepare meals at home, meaning the drive-through is the most practical option. While there are a number of good options, menus boast far more gut-busting choices. In some cases, meals that sound perfectly nutritious are actually diet disasters. The next time you’re in a pinch, steer clear of these unhealthy fast foods.

Taco salad is far healthier in theory than it is in reality. Combining all the ingredients in a deep-fried tortilla shell is part of the problem. Think about it — you’re basically eating a giant chip. All the veggies in the world can’t make it a smart meal option. For proof, check out Taco Bell’s take on the salad. The nutritional information reveals the meal contains anywhere from 720 to 760 calories, depending on how you customize it. It also weighs you down with an astounding 39 grams of fat, 10 of which are saturated.. 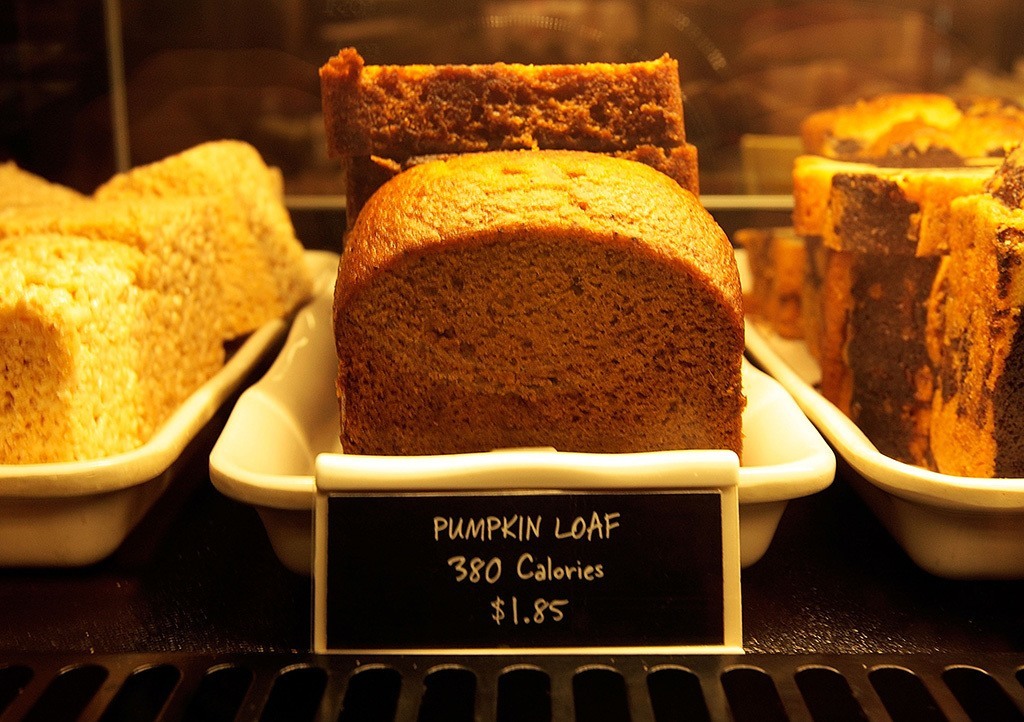 People are coming around to the idea of incorporating more fat into their meals, but most look to avocado or olive oil for their sources. When it comes to pastries, saving a few extra calories on a slimmer variety seems like a good way to make sure you don’t go overboard on saturated fat. It’s true Starbucks’ reduced-fat coffee cake has less fat than their traditional version, but it’s no better for you. The site’s nutrition information shows the leaner pastry has just 20 fewer calories than the standard coffee cake and a whopping 41 grams of sugar. So much for a healthy start to your day.

There’s something so wholesome about a chicken salad sandwich, especially when it’s packed with heart-healthy almonds, fresh grapes, and crunchy celery. Things go sour once you combine those ingredients with a fat-laden dressing, which is clearly the case with this sandwich from Panera. According to Panera’s website, one sandwich will load you up with 700 calories and 26 grams of fat.

The burger chain tries to help out health-conscious eaters by indicating which items are under 400 calories, but this only helps so much. Purely looking at calories doesn’t do much to spell out what it is you’ll actually be consuming. In the case of this breakfast parfait with yogurt, fruit, and granola from McDonald’s, it’s a lot of sugar. According to the chain’s website, this tiny parfait packs 22 grams of the sweet stuff. And with just a smidgen each of protein and fiber, it really won’t do much to keep you full. That it’s just 150 calories doesn’t matter much if you need to eat four of them to feel satisfied.

Salads are usually a healthy eater’s savior when fast food is the only option. Interestingly, many of these veggie-based offerings are even more caloric than the sandwiches. Take this chicken Caesar from Wendy’s. The chain reveals this entrée contains 720 calories and 43 grams of fat. Maybe most shocking of all is the amount of sodium, which is 1,760 milligrams. Admittedly, there’s probably too much hype over the need to reduce sodium, but this amount is a little ridiculous.

Make sure to build a healthy burrito bowl at Chipotle. | Joe Raedle/Getty Images

Chipotle’s desire to please consumers by letting them customize each meal is also one of the reasons people often walk away with calorie-laden meals. Cutting back on carbs by opting for a burrito bowl as opposed to the usual tortilla-wrapped meal is smart, but these meals still add up in a big way. Using Chipotle’s nutrition calculator, we built a bowl with rice, chicken, tomato salsa, guacamole, sour cream, and lettuce. It certainly sounds reasonable enough, but the final tally is 765 calories and 42 grams of fat. For these meals, it’s best to eat half, then save the rest for lunch the next day.

Make your own chicken burgers and skip these. | Miguel Villagran/Getty Images

Chicken sandwiches are usually among the better options at fast food restaurants, unless it’s this one from Burger King. The real issue with this chicken burger is portion size. A quick comparison on Burger King’s nutrition chart shows the chicken burger actually weighs more than twice as much as a regular cheeseburger. Even though the fat amount is reasonable, the entire portion will cost you 480 calories. If you find yourself at a Burger King, go for something less humongous.