Sharing Is Caring? Taylor Swift and Other Celebs Who Dated Their Close Friends’ Exes

There’s debate over the true “golden rule” of friendship. But we’re confident most besties would say it’s that you don’t date a close friend’s ex. Right? Wrong, if you’re some celebrities.

These popular actors, musicians, and athletes risked their friendship in the name of love. And one celeb even had multiple offenses (page 7).

He might have had some explaining to do to Owen Wilson. | Kevin Winter/Getty Images for GQ

Friends Lance Armstrong and Owen Wilson apparently have the same taste in women. Sheryl Crow dated Wilson in the ’90s and dedicated her song “Safe and Sound” to him. However, by 2003, she was engaged to Armstrong (though they split in 2006).

Crow wasn’t the only woman Armstrong dated after Wilson. They were both linked to Kate Hudson, as well. A source told The Daily Mail that Armstrong is one of Wilson’s good friends. “When Kate was with Owen, she got to know Lance really well, but they hooked up again recently at a dinner party … and that’s when the romance began,” the source said. It wasn’t built to last, however, as Armstrong and Hudson split in 2008.

Next: These two “friends” shared a man.

While actresses Courtney Cox and Jennifer Aniston starred as on-screen best friends, the two were becoming close off screen, as well. They even shared the same taste in men — specifically, a certain Counting Crows frontman named Adam Duritz. Aniston and Duritz briefly dated. Then, Cox and Duritz began dating in 1997 and were reportedly much more serious than he and Aniston were. Cox was the inspiration for Duritz’s song, “Monkey,” and she appeared in the band’s video for “A Long December.”

Next: Gossip Girl here, with a scoop on the scandalous life of Tony Romo.

Actor Chace Crawford and athlete Tony Romo have reportedly been friends for years; however, that didn’t stop Crawford from dating singer Carrie Underwood months after she and Romo split. It’s good a thing there was no major bad blood because Romo ended up marrying Crawford’s little sister.

Next: These famous friends didn’t just date the same person — they married him. 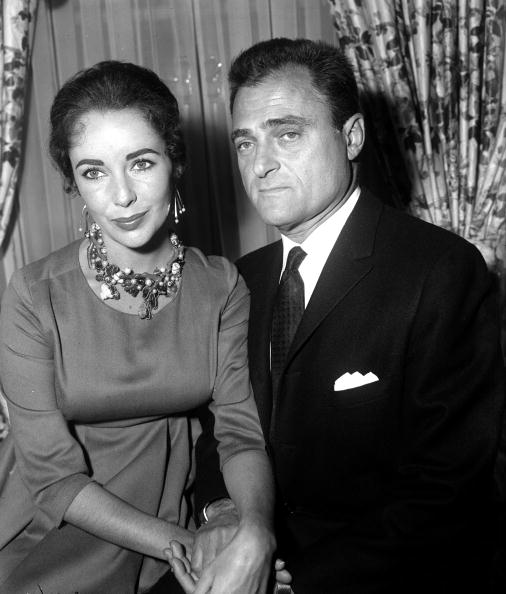 Actresses Elizabeth Taylor and Debbie Reynolds first met in the 1950s. And Reynolds even served as Taylor’s matron of honor when she married her third husband, Mike Todd. But when Todd died in a plane crash a year later, Taylor turned to Reynolds’ husband, Eddie Fisher. However, the friendship soon turned to an illicit romance. Taylor and Fisher began an affair that left Reynolds “shattered.” The two wed days after Fisher and Reynolds divorced.

Next: We wonder how gleeful this “wild child” was to see her friends dating. 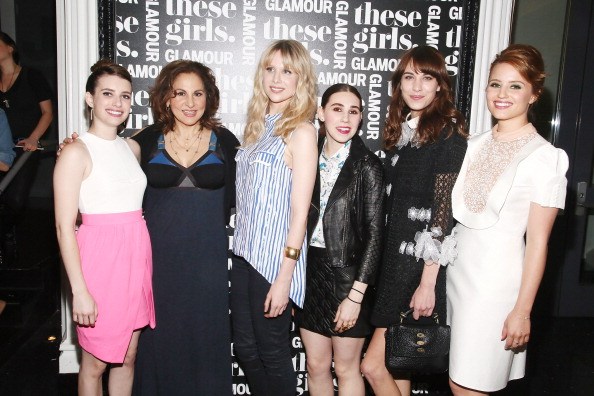 Emma Roberts and Dianna Agron have graced red carpets, partied at Coachella, and even performed together. And the long-time friends have more in common than their ability to play some of Fox’s best mean girls. Agron dated actor Alex Pettyfer a few years after he and Roberts split.

Roberts and Pettyfer began dating after filming Wild Child together in 2008. Pettyfer even got “Emma” tattooed on his ring finger in honor of their love. They split a year later, and he began dating Agron while filming their movie I Am Number Four in 2011.

Next: These “sisters” both dated a famous drummer.

Drew Barrymore and Kristen Wiig are as close as sisters, many say. | Jason Merritt/Getty Images

Actresses Kristen Wiig and Drew Barrymore have been called as close as sisters. Wiig can even do a mean Barrymore impression, reminiscent of how our mothers called “imitation the sincerest form of flattery” when our sister would try to mimic us.

When Wiig performed this Barrymore impression on Saturday Night Live, she was also dating Barrymore’s ex, Strokes drummer Fabrizio Moretti. Barrymore doesn’t appear to hold a grudge, however. She told Allure, “It seems fitting that they would find each other,” calling it, “kind of how life works.”

Next: She’s been labeled a serial dater, but we bet you forgot how many of her friends’ exes she’s gotten with.

Ellie Goulding and Calvin Harris reportedly dated in 2014 after collaborating on “I Need Your Love” and “Outside.” However, it actually was Goulding who introduced Harris to Taylor Swift. She told The Sun, “I did play matchmaker. … Calvin is a really great mate and he’s so fantastic, and Taylor is such a cool person who I love.”

While Goulding thought they would be “brilliant together,” little did she know the relationship would result in a rocky breakup. The epic Swift-Harris breakup appeared amicable at first. But it led to controversy and some Twitter drama when Swift revealed she co-wrote “This Is What You Came For” with Harris under the pseudonym Nils Sjoberg.

Next: Before Jelena, there was Selena, this actor, and …

Taylor Swift and Selena Gomez’s friendship dates back to the simple time when Swift was a country superstar and Gomez was a Disney sweetheart. But the two had more in common in 2009 than hit singles, selfies, and fame. It was the year they both dated actor Taylor Lautner.

Gomez was linked to the Twilight series star in early 2009 before Swift dated him for three months that fall. And in 2010, Swift notably apologized to him on her Speak Now album’s single “Back to December.”

Next: A supermodel, a singer, and a Jonas Brother walk into a bar …

Taylor Swift was involved in girl drama yet again — this time, with her friend Gigi. | Christopher Polk/Getty Images

Gigi Hadid rose to prominence as half of “fashion’s favorite sisters” and staked her claim as a member of Swift’s infamous squad. But she and Swift have more in common than that.

Swift and Joe Jonas dated for four months in 2008 and appeared to have a rocky breakup. Jonas was the alleged subject of three songs on Swift’s third album, Speak Now. But it seemed Swift could bury the hatchet in the name of friendship when Hadid and Jonas got together nearly seven years later in 2015. Hadid and Jonas were even spotted on a boating double date on the Thames River with Swift and her boyfriend at the time, Calvin Harris.