The next time you think your teenager is acting over the top, a story like this may put things into perspective. Teens tend to take things to extremes – and perhaps an ultimate example is Gabriela Jirackova, 18, who is on a mission to look like a human Barbie. The teen, who lives in Prague, spends $1,500 per month to achieve her goal.

Here we’ll take a look at what steps Jirackova has taken and what she plans for the future. Jirackova began her transformation when she was 16 and says her look is inspired “by other real-life Barbies and also my Barbie dolls.” Her obsession started out with long blond hair extensions. Recently, she’s colored some or all of her hair Barbie pink.

Next: How she achieves the doe-eyed look Achieving her look is a daily chore. “I spend three-and-a half hours every day getting ready,” Jirackova said. “This lifestyle isn’t easy at all.” In addition to the long blond locks, another element that adds to her look is the signature Barbie-like lashes. She achieves this through eyelash extensions.

Next: This enhancement is permanent. In addition to the eyelash extensions, Jirackova has also opted to have permanent makeup applied to her face. This technique involves tattooing designs that resemble makeup, such as eyeliner, eyeshadow, and blush. “I don’t believe in a natural look,” she said. “I think there is hardly anything natural today.” After her hair extensions, fake nails, and gluing on eyelashes, the next part of Jirackova’s transformation was adding lip fillers, she said. This procedure plumps the lips using collagen or other materials. This isn’t even the most extreme procedure she’s had. More on that coming up. First, however, don’t we all want to see what Jirackova used to look like?

How she used to look Jirackova was always a blonde with blue eyes. In fact, she was striking — just in a more conventional way than she is now. “When one chooses to do this, it takes several years, maybe even their whole life,” she said. “One can’t say ‘I want to change it’ after a week, so I want to stick with my chosen path. I will definitely continue my lifestyle as this is not a short-term thing.”

Next: What about the breast augmentation? In September 2017, Jirackova had surgery to go from a size C bra cup to a size G. She felt sick upon waking up but didn’t have any complications. How does she feel in the aftermath? “I feel sexier now. I don’t know if I look more like Barbie, but I feel sexier. I’m definitely happier with bigger breasts,” she said.

Next: Other surgeries she has planned She’s not done yet. Jirackova plans to undergo another breast augmentation, butt implants, and rib removal procedures in her quest to be a real-life Barbie. “I still want to undergo more cosmetic procedures. I must say I am more pleased with myself after each procedure, but I am not there yet,” she said.

Next: What does her mom think?

Her mother supports her 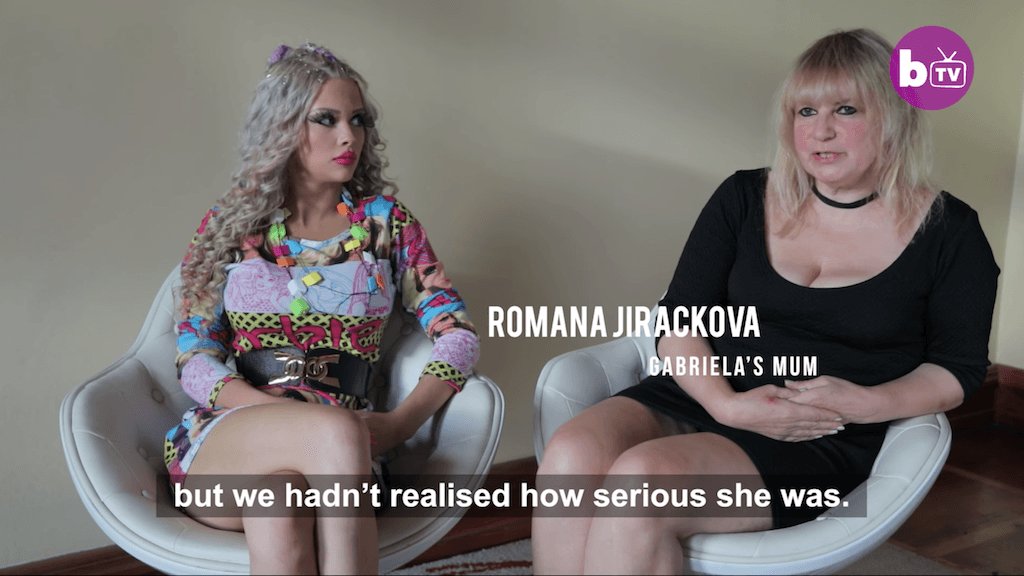 The teen’s mother, Romana Jirackova, 53, has paid for the procedures she’s had. While she was worried about her daughter going under the knife, she said she respects her choices. “I think that she is naturally pretty and even if she has some cosmetic procedures done I would respect that,” Romana said. “What’s important is that she is going to be happy and fulfill her dream.”

In addition to her plans for more surgeries, the younger Jirackova dreams of one day moving to Los Angeles. “I want to live in LA and become famous for my Barbie image,” she said.