If you follow The Bachelor or The Bachelorette, you’re well aware Becca Kufrin is searching for love on reality television post-heartbreak. It turns out Kufrin has a family history of cancer that influenced much of her life — and affected “Bachelor nation.”

One generous way Kufrin reacted to her heartbreak proved she’s dedicated to finding a cure for the disease that so drastically changed her family (page 6).

1. She had her heart broken on season 22 of The Bachelor She won on TV, but lost in real life. | Rebecca Kufrin via Instagram

Kufrin, a fan favorite throughout Arie Luyendyk Jr.’s season, “won” The Bachelor when Luyendyk proposed in Peru. The “After the Final Rose” episode revealed the two certainly didn’t live happily ever after.

The show filmed Kufrin attending what she thought was a getaway weekend with her new fiancé. Instead, Luyendyk Jr. took back his proposal to Kufrin, broke up with her, and admitted he wanted to get back together with the season’s runner-up, Lauren Burnham.

Next: The good news that started Kufrin’s good deed

2. She was selected as the season 14 Bachelorette 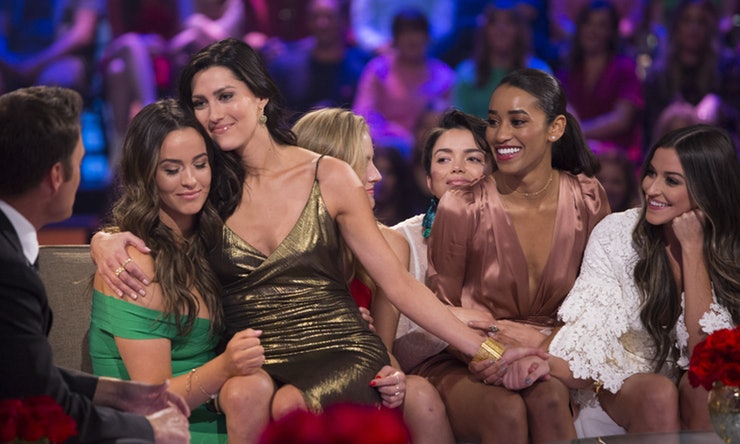 Seinne Fleming, Rebecca Kufrin, and more on After the Final Rose | ABC

Fans rallied around Kufrin and showed her support never seen before by the Bachelor crew — to the point where they named her the next season’s bachelorette. While Kufrin was still moving past her heartbreak, she welcomed the opportunity to fall in love again.

“It does scare me,” she told People. “I’m sure it would [scare] any human, knowing that I was just engaged, I was in love. But I have so much love to give and I want just a partner in life. I’m not afraid to date these guys and find the one who is the best fit for me — I welcome that with open arms.”

Next: Becca lost a close family member to cancer.

3. She revealed her dad died of brain cancer Viewers of Luyendyk Jr.’s season learned early on that Becca lost her father, Steven Kufrin, to brain cancer. Becca revealed she stayed in a relationship for a long time because the ex-boyfriend helped her with her father’s passing. On the hometown dates, Luyendyk Jr. visited Prior Lake, Minnesota with Becca and saw the apple orchard she and her father used to frequent.

Steven was diagnosed with glioblastoma brain cancer when Becca was 14 years old. Becca called her family “lucky” because her father lived five years past his diagnosis, a long time for brain cancer patients. He died when she was 19.

Next: Her father wasn’t the only family member diagnosed with cancer

4. Her mom is a breast cancer survivor Becca’s mother, Jill Kufrin, is a retired elementary school teacher. The Bachelorette star revealed another fact about her mother on Instagram: she is a breast cancer survivor.

“The prettiest post-op patient that I ever did see. She wears strength well,” Becca captioned an Instagram collage of Jill in the hospital. Becca disclosed that her mother has gone through a few surgeries and “countless appointments with surgeons and oncologists.”

Next: This event marked the start of Kufrin’s public fight against cancer

5. Fans donated to her after her heartbreak to get herself a drink or an Uber 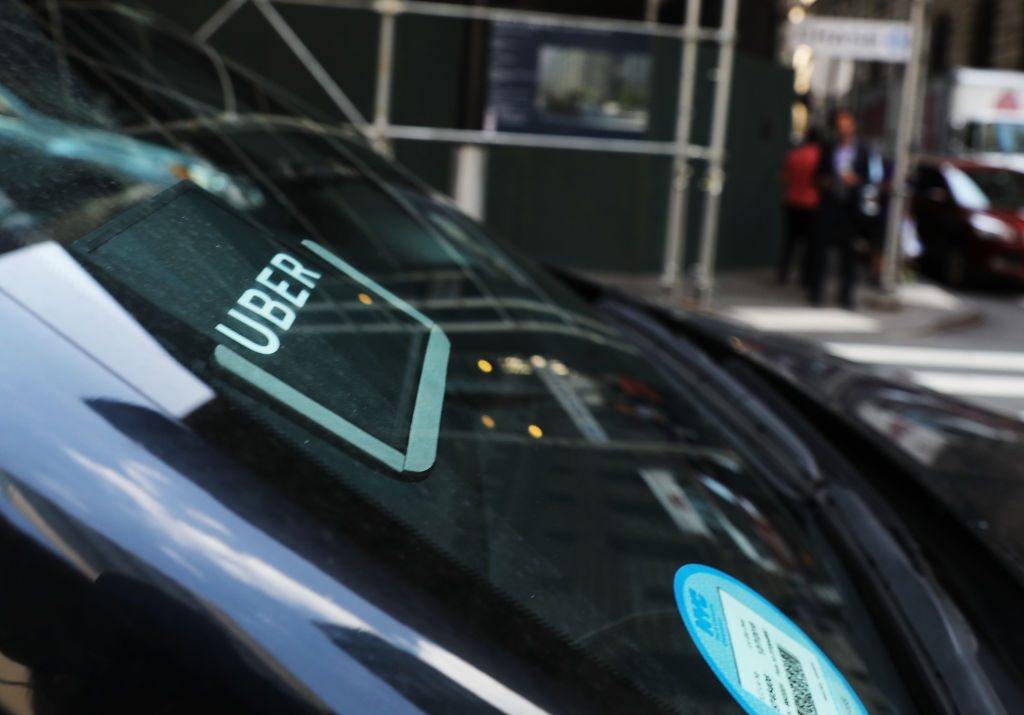 Fans sent her money so she could take an Uber out. | Spencer Platt/Getty Images

The night of the season finale and “After The Final Rose” episode, one Instagram user noticed something comforting — fans were flooding Kufrin’s Venmo account with support (and cash!) after watching Luyendyk Jr.’s ruthless breakup.
Some fans sent money for Kufrin to grab a drink or take a much-needed vacation. Others simply got a little tipsy watching the finale and wanted to express their support. “You are such a class act!! Sending drunk and love from Florida,” one fan captioned their donation. Kufrin made around $6,000, but she didn’t spend it on wine or travel.
Next: Where Kufrin donated the money speaks volumes about her quest to help cancer patients

6. She chose to donate all the money to SU2C 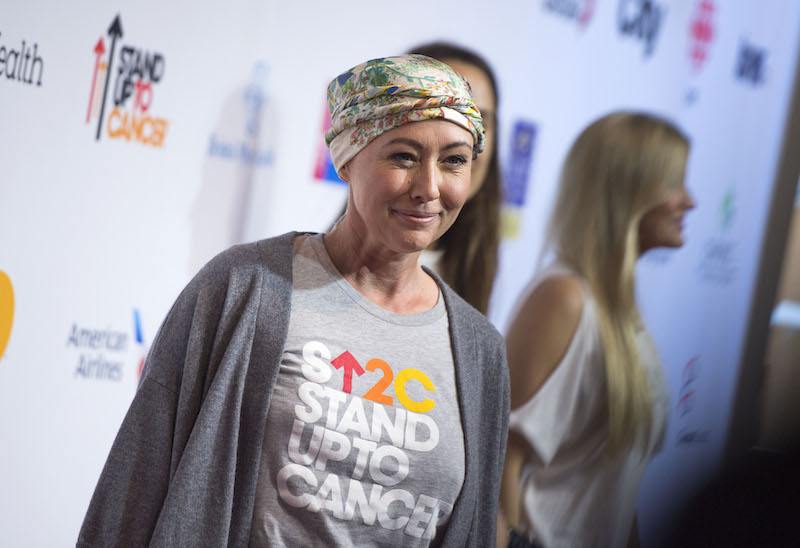 Host Chris Harrison brought up the generous fan donations on the “After The Final Rose” episode. “I love my wine, don’t get me wrong, but I don’t think I can drink that much,” Kufrin joked with him. So, instead of hold onto the funds for a lifetime of wine, Kufrin chose to donate the money to SU2C.

SU2C is “committed to funding the most promising and ambitious research,” including the “newest and best” treatments for cancer patients.

Next: Kufrin’s donation had a larger effect than she anticipated

7. She inspired celebrities and other Bachelor contestants to chip in 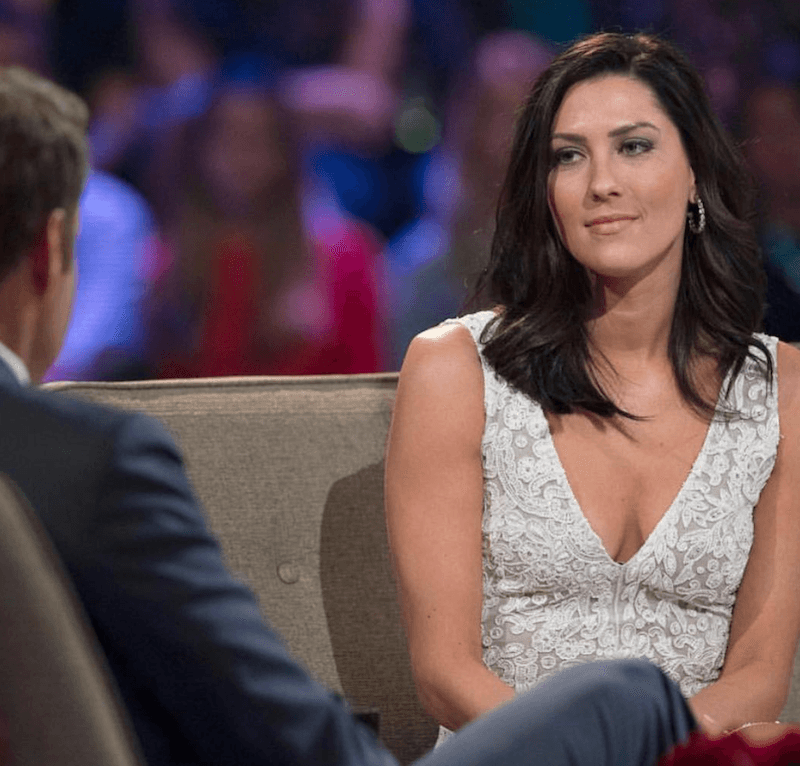 She inspired others to chip in too. | ABC

Kufrin’s donation inspired the network and Katie Couric to each give SU2C $6,000. Couric shared the news of her donation via a tweet. “I just learned that Becca Kufrin is donating $6000 dollars to @SU2C! And thanks to @BachelorABC for matching it!” she said, adding; “I’m matching Becca’s donation, too!”

An ex-bachelor showed his support for Becca as well. Season 20’s star, Ben Higgins, pledged to donate profits from each bag of coffee his Generous Coffee Company to SU2C for a few days.