The royal family has been around forever, so it’s no surprise that countless conspiracy theories have gained traction surrounding them over the years. Some of those theories have been sparked by even the smallest suspicions, while others are built on some pretty convincing facts.

From Meghan Markle being a robot to the mysteries behind Princess Diana’s death, here are 7 of the craziest conspiracy theories involving the royal family.

1. Meghan Markle is actually a robot

Apparently, some people out there think Meghan Markle is actually a robot. This theory stems from the fact that the Duchess of Sussex didn’t blink (or show any facial expressions for that matter) while in the audience of the Britain’s Got Talent finale.

Harper’s Bazaar did some research, and found out that it wasn’t Markle or Harry in the audience — let alone a robot. The two audience members were really people wearing masks of the royal couple, promoting Madame Tussauds’ new Live Figures exhibit.

2. Prince Charles is a vampire

The royal family could potentially be related to Dracula. Genealogy reports have concluded that Prince Charles is a descendent of Vlad the Impaler (who inspired the 1987 novel, Dracula). The royal has even joked about his heritage, claiming that his bloodline gives him rightful claim to Transylvania.

One conspiracy theory has claimed that the Queen Elizabeth I we know of isn’t the real deal. In fact, she could have even been a man. According to Marie Claire, here’s how the story goes:

As a child, young Lady Elizabeth fell ill and died while playing at her family’s lodge in Bisley, England, just hours before her father, King Henry VIII, was scheduled to pay a visit. Fearful that the King would behead them, the servants dressed a neighborhood boy as young Elizabeth herself. People say the boy grew up continuing the charade, and that Queen Elizabeth’s wardrobe and pledge to virginity during her reign were all tools to hide her true identity as a farm boy.

4. Queen Elizabeth II is a reptile 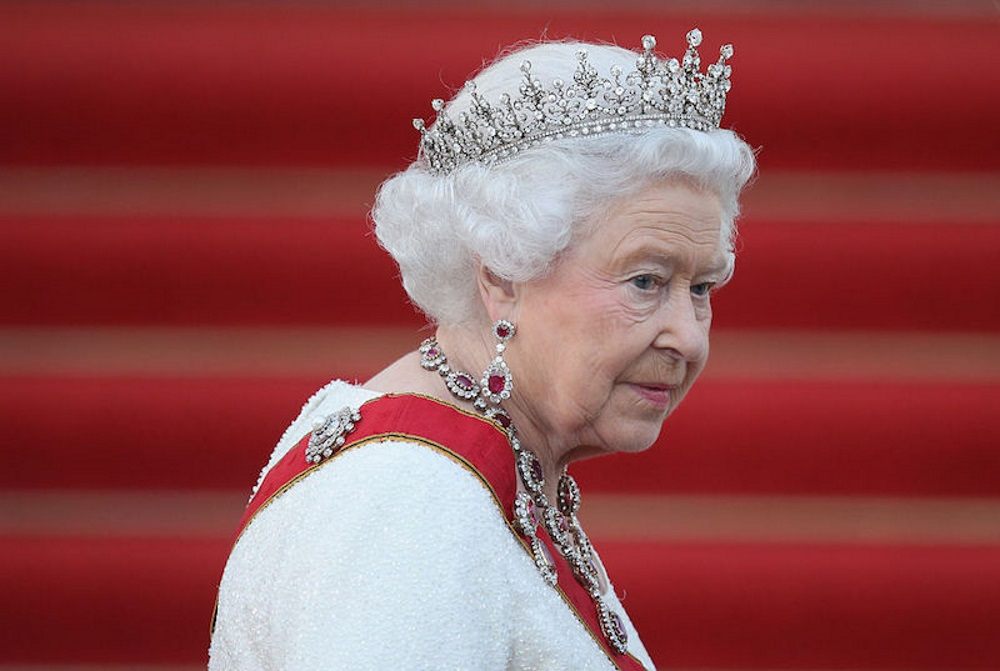 Yes, conspiracy theorists actually believe Queen Elizabeth II is a lizard person. Former BBC sports reporter David Icke stands behind the theory, claiming multiple members of the royal family (and other world leaders or public figures) are “Annunaki,” or “a band of reptile humanoids.” He even believes that these powerful lizard people have been behind 9/11 and the Holocaust.

5. Prince Charles and Princess Diana had a secret daughter

Prince William and Prince Harry could have an older sister named Sarah who lives in New England. Rumors have circulated that in order for Diana to marry Charles, Queen Elizabeth II ordered that she take fertility tests to ensure they could continue the royal bloodline.

The embryos were to be destroyed after Diana’s eggs were harvested and fertilized through the tests. However, according to the Daily Mail, “One of the team who examined Diana, a ‘rogue doctor,’ secretly held one of the embryos back and implanted it in his own wife. Unknown to her, she became the surrogate mother of the biological child of Charles and Diana.”

6. Prince Harry is the result of an affair

It’s a well-known fact that Princess Diana and Prince Charles had extramarital affairs throughout their tumultuous relationship. One of Diana’s affairs was over a five-year period with cavalry officer James Hewitt. Many have actually suspected that Prince Harry is the child of Hewitt — not Charles — considering their matching red hair.

Hewitt, however, has claimed that their affair began two years after Harry was born. Plus, Marie Claire pointed out that Harry does bare a resemblance to Diana’s brother, Charles Spencer.

Many people, including Diana herself, seem to believe the royal family planned out her fatal car crash. Diana was rumored to have been pregnant with the child of her boyfriend at the time, Dodi al-Fayed. Dodi’s father, Mohamed al-Fayed, has even publicly supported this theory. According to Marie Claire, “[He] believed that the car crash was the royal family’s ploy to prevent Diana from marrying Dodi, an egyptian Muslim, and giving birth to his child.”

Diana and Dodi passed away in the Paris car crash on Aug. 31, 1997. 10 months prior, however, Diana wrote a letter to her former butler, Paul Burrell, detailing her suspicions that Charles was plotting her death. It reportedly claimed that he was planning an “accident in my car,” including “brake failure” and “serious head injury” — all so that he could marry someone else.