Although we can tell a lot about Melania Trump by her body language, our current first lady has been pretty quiet so far. But whatever secrets she may or may not be hiding, they probably don’t compare to those of some of our previous presidents’ wives.

Have you ever wondered what our regal and distinguished wives of presidents past were hiding? From secret love affairs to compulsive shopping, these former first ladies’ private lives make our current administration seem tame.

Florence Harding was a big believer in astrology …

Warren G. Harding’s wife, Florence, appeared to be a level-headed woman who was full of common sense. But privately, she was a devoted client of Madam Marcia, Washington D.C.’s most famous astrologer. Harding would have a Secret Service agent deliver her to a discreet White House entrance.

Next: This former first lady just said “yes” to astrology.

… and she wasn’t the only one.

Apparently, Nancy Reagan was also a follower of astrology. After the 1981 attempt on President Reagan’s life, a worried Nancy reached out to famed astrologer, Joan Quigley. Several of Reagan’s associates claimed it was just a hobby, but sources close to Nancy swear she listened “religiously” to the astrologer’s advice.

Next: Have we already had our first female president?

She had a lot of power and authority. | Emma C via YouTube

President Woodrow Wilson always consulted his wife, Edith, on important matters. But after he suffered a stroke in 1919, she refused to turn control over to the vice president and Wilson’s staff. Edith ran the executive branch of the administration until the end of Wilson’s term in 1921.

Next: So that’s where the name of the clinic came from.

Betty Ford had a substance problem

Betty Ford was already a sensitive subject among fellow Republicans during her husband’s campaign since she was divorced (my, how far we have come). But after Gerald Ford’s presidency, she checked herself into a treatment facility for her addiction to alcohol and painkillers, eventually becoming a spokesperson for addiction and recovery.

Next: Apparently this fashion icon loved her cigarettes.

Jackie Kennedy was a heavy smoker

While cigarettes were a lot more accepted in the early 1960s than they are today, that doesn’t mean the general public approved of smoking. Jackie Kennedy went to great lengths to hide her habit — White House photographers were instructed never to take photos of her smoking.

Next: This first lady most likely had a lesbian affair.

Eleanor Roosevelt loved the ladies (well, at least one)

Eleanor Roosevelt had an affair with a woman. | J. Wilds/Keystone/Getty Images

Eleanor Roosevelt was an early champion of feminism, and it seems she was ahead of her time in more ways than one. Roosevelt had a serious and lengthy love affair with journalist Lorena Hickok, whom she lovingly referred to as “Hick.”

Some claim the two women were just close friends, but a series of letters between the two (which were released to the public and displayed in a museum) indicate otherwise. Here’s a quote from one:

“Most clearly I remember your eyes, with a kind of teasing smile in them, and the feeling of that soft spot just northeast of the corner of your mouth against my lips.”

Next: America may have already had its first gay president as well.

President James Buchanan was the only commander-in-chief never to marry, and he made his niece, Harriet Lane, his unofficial First Lady. But some think she was keeping her uncle’s biggest secret from the country — that he was gay. Buchanan once shared a home with William Rufus King, an Alabama Senator and Vice President under Buchanan’s predecessor, Franklin Pierce, and their relationship was so close that Andrew Jackson referred to King as “Miss Nancy.”

Next: A fiery temper AND a compulsive shopping habit.

Mary Todd Lincoln did not have the best reputation. | Hulton Archive/Getty Images

Abraham  Lincoln’s bride, Mary Todd Lincoln, had such a reputation from her temper and outrageous behavior that the White House staff nicknamed her “The Hellcat.” But her compulsive shopping habit was the one swept under the rug the furthest, probably because the country was in dire financial straits at a time. Apparently, at one time she owned more than 300 pairs of gloves.

Next: This former FLOTUS had a good reason for being in a bad mood all the time.

Elizabeth Monroe might have been inadvertently cold to the public in an attempt to hide a serious illness. | White House Historical Society

Elizabeth Monroe, the wife of our fifth President, James Monroe, wasn’t well-liked among her peers. In addition to her father being a British Loyalist, Elizabeth was considered snobbish and condescending, rarely showing her face in public.

What no one knew at the time was that Elizabeth had a good reason for keeping to herself: A mysterious illness (most likely epilepsy or narcolepsy) that caused her to fall to the floor, unconscious, at unpredictable times. No wonder she was moody and avoided social situations.

Next: This first lady’s life story will break your heart.

She dealt with her depression in secret. | C-Span via YouTube

Ida Saxton McKinley, wife of President William McKinley, was never the same after she lost her two infant daughters and her mother within a short period of time. Ida secretly suffered from debilitating depression and epileptic seizures, which she tried to control by always sitting next to her husband at state dinners (instead of at the opposite end of the table, which was customary) for emotional support.

President McKinley did his best to accommodate his wife’s illnesses, but when he was assassinated in 1901, Ida went into complete seclusion and died less than six years later.

Next: Our first-ever first lady had a tumultuous relationship with her ex’s father.

Martha Washington had a troubled relationship with her ex father-in-law. | GeorgiosArt/ Getty Images

Before she married George Washington, Martha Washington was married to a wealthy plantation heir named Daniel Parke Custis. The short marriage itself was fine, but it was marred by the antics of Custis’ cantankerous father, John Custis IV, whom Martha despised.

After Daniel died seven years into their union, Martha went to the Williamsburg mansion that had been John’s main residence and auctioned off the remainder of her father-in-law’s valuable possessions … everything but some priceless handblown wine glasses that she smashed to pieces out of sheer vengeance.

Next: This Cleveland was far from an old maid.

Grover Cleveland’s sister was in love with a woman. | National Archive/Newsmakers/Getty Images

When Grover Cleveland became president in 1885, he was unmarried, so the vacant first lady position was filled by his sister, Rose Elizabeth Cleveland. People used to say it was a mystery why Rose was single since she was witty, sophisticated, charming and intelligent.

After President Cleveland got married, Rose went to Naples, Florida, where she met Evangeline Simpson, the love of her life. Simpson married a 74-year-old bishop at one point, but the two ladies reunited after his death. They lived together for the remainder of their days.

Next: Did the stress from this secret kill Andrew Jackson’s wife?

When Andrew Jackson met Donelson, he thought she was divorced. But after they got married, her first husband charged her with adultery, claiming the divorce never went through. Jackson and Donelson married legally in 1794, but when Jackson ran for president, the scandal made headlines.

Donelson was mortified — she’d been hoping to keep her private life private. She died two months before Jackson took office in 1828, and some say the rumors and scandals are what drove her to her death.

Next: This would never stay a secret now. 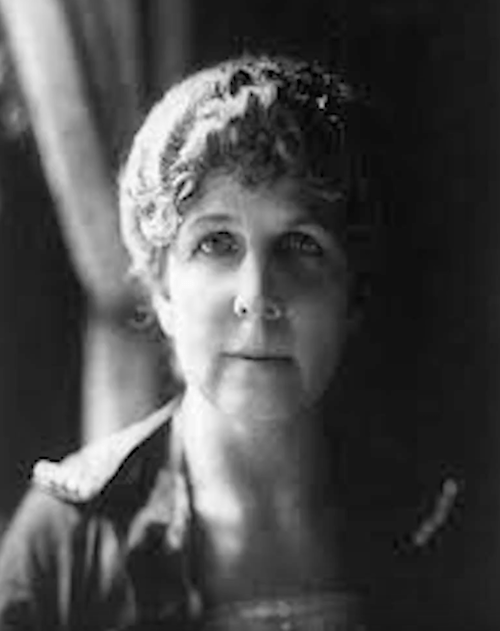 Astrology fan Florence Harding wasn’t just known for her fondness for the stars. She was known for throwing her husband wild poker parties, complete with alcohol, during the Prohibition era.

Next: What will we know about Melania in the future?

Are the days of secrecy over?

Could these two be keeping any secrets? | Drew Angerer/Getty Images

Due to our technological advances and mass media, many of these past secrets wouldn’t have stayed under wraps now. We already know quite a bit about our present FLOTUS, from her early modeling days to her rather complicated relationship with Ivanka. But if she ends up divorcing The Donald after his term as president is over, we may end up learning plenty of juicy details.