The Full-Body, Boxing-Inspired Workout You Have to Try

Burn off stress while sweating out calories with these boxing-inspired workout moves put together by Tel Aviv-based personal trainer and Muay Thai/kickboxing instructor Yossi Kedem. With multiple championships under his belt, Kedem has worked with novice boxers all the way up to professionals and says these moves can work for all levels to offer a full body workout.

So, after mastering the basic standing position, try your hand at these knockout moves, each of which are designed to be practiced for one boxing round, which typically lasts three minutes. 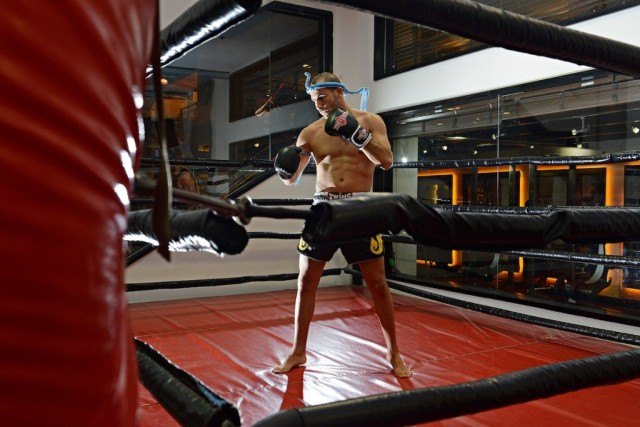 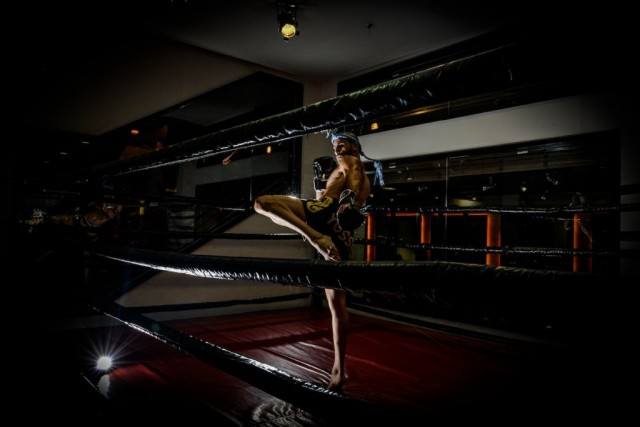 This move is used when your opponent is a middle or short distance away. The knees can go out from a few positions (front and sides), and you can either jump up on one leg hitting your opponent with that leg’s knee or take a step and then jump forward and up on one leg, striking with that leg’s knee. The move will start from the basic position but in an actual fight can also be used if you’re clinched. 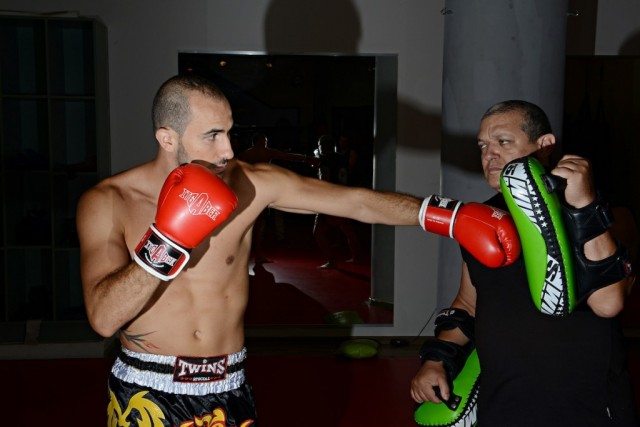 Extend your rear hand from your chin, crossing your body and hitting your opponent in a straight line. It’s important that your rear shoulder is thrust forward and that your front hand is protecting your face. As you’re extending your hand, rotate your torso and hips as you move weight from your rear to your front foot — this will not only give you more power but work your core. This is the most powerful punch for middle and long distance as it creates powerful momentum forward. 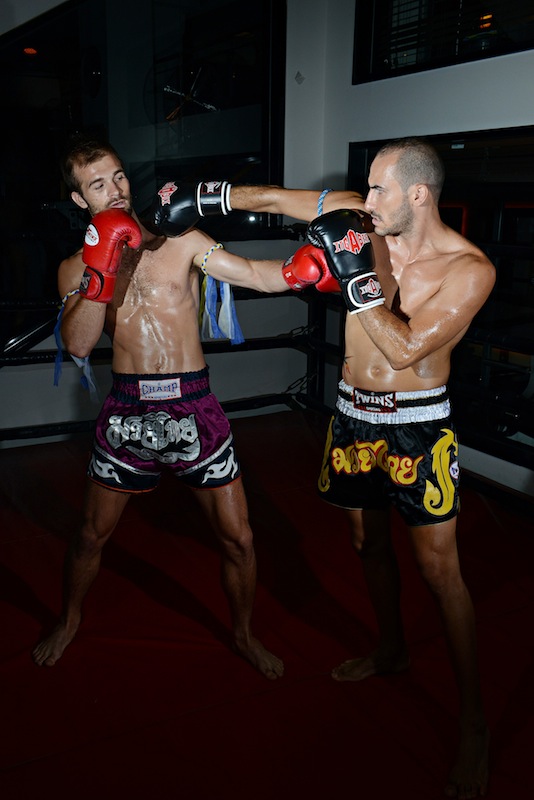 Get into the basic position and extend your front glove toward your opponent (exhale every time you do this). Remember that your back foot should be off the ground. Don’t shift any of your other weight forward aside from your front arm. While you’re extending outwards, rotate your entire front arm — meaning your punch lands with your palm down. Your other hand should be up by your chin, and both fists should be tightened the entire time with your thumb over your other four fingers. This is the most important punch in boxing. It can not only be a fatal blow but a defensive punch to make it difficult for your rival to attack. It’s often used by boxers to measure distance to their opponent to assess their next move. 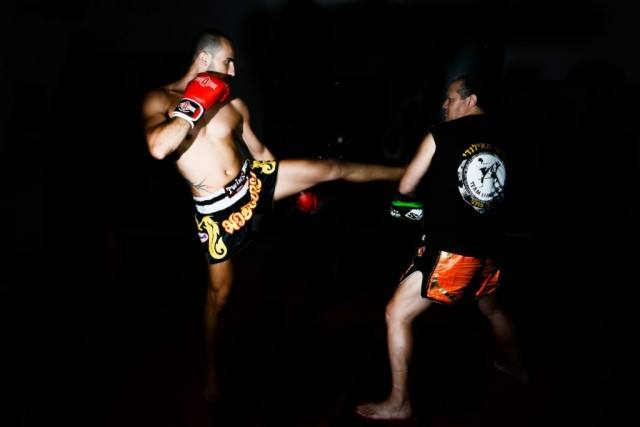 Similar to the jab, the teep kick also has offensive and defensive capabilities. In terms of protecting, the kick can inhibit your opponent from running into you, and in terms of attacking, it can be very fast and unexpected (not to mention it can do damage in the legs, stomach, and head). Bring your knee up to your chest so that the front of your quads and the top of your knee are almost touching your abs and chest. Your toes should be pointed up, and your standing leg should be slightly bent. Next, release the bottom of your foot on your opponent’s body as you straighten your knee and push your opponent away. Depending on how your bodies are facing you may hit a different part of your opponent’s body (stomach, chest, side). 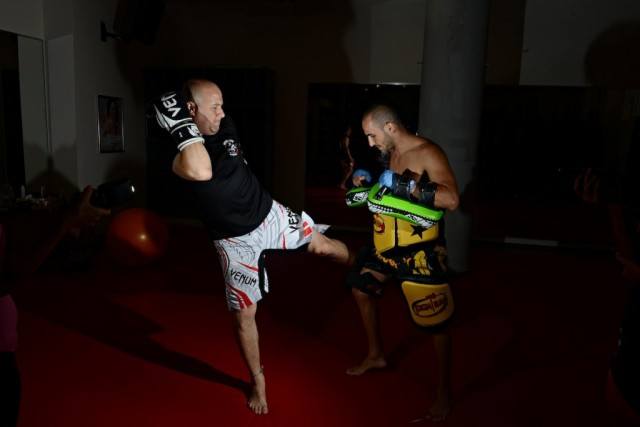 With this kick you will use your leg to hit your opponent’s lower body. Aim for the thigh of your opponent, hitting with the middle part of your lower leg where the bone is the hardest.