It comes as no surprise that our oceans are polluted. But just how polluted? Actually, there is a literal floating island of trash in the middle of the Pacific Ocean that keeps getting bigger. And you won’t believe how much there is or what it’s made of — and it’s not the only one of its kind.

It’s hard to imagine what 79,000 tons of trash actually looks like. But this garbage pile — known as the Great Pacific Garbage Patch — is real, and it’s floating in the middle of the Pacific, right in between Hawaii and California. The patch is made up of about 1.8 trillion pieces of plastic. It makes up the largest accumulation of ocean debris in the world, according to NBC. And it’s only getting bigger.

Next: How much ground does a pile of trash like this actually cover?

The patch is twice the size of Texas 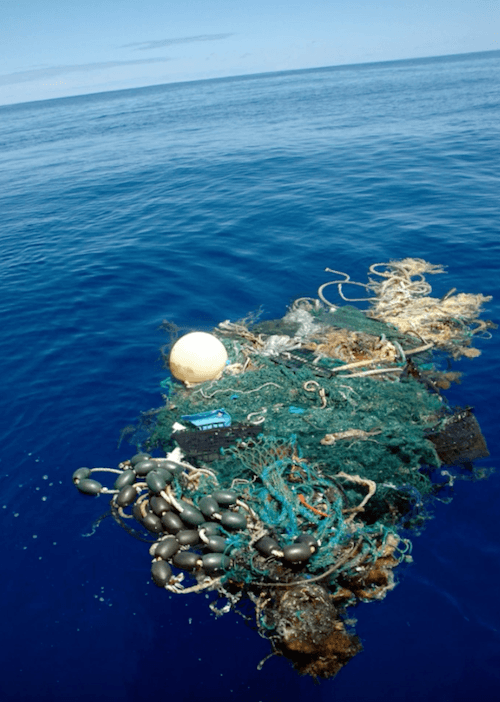 The patch is double the size of Texas. | Wochit News via YouTube

Newsweek reported that the most recent estimates for the garbage patch are more than 16 times greater than previous estimates, meaning this garbage pile is bigger than experts could have ever imagined. It’s about 620,000 square miles in size — experts compare it to double the size of Texas, or three times’ the size of France. Even though it’s referred to as an island, it’s actually more like a “soup” consistency.

Next: You won’t believe where nearly half of the trash comes from.

Fishing gear makes up nearly half of the plastic

Believe it or not, it’s fishing gear that creates much of the plastic waste. As much as 46% of the garbage pile is made up of gear like fishing nets, lines, and ropes. Fishing gear is often lost or abandoned while at sea (known as “ghost gear”), which leaves a devastating mark on marine life. In fact, around the world’s oceans, about 705,000 tons of ghost gear build up every year from fishermen who leave it behind.

Next: Some of the trash is incredibly tiny, so it’s easily entering the food chain.

But 8% of the plastic is microplastic

The plastic is hard to retrieve or clean up. | Velvetfish/iStock/Getty Images

While most of the plastic floats in larger pieces, about 8% of it is microplastic, or plastic that’s anywhere from 0.02 to 0.2 inches in size. Plastic this small is extremely difficult to retrieve from the oceans. The levels of microplastic, which form from degraded pieces of plastic, have increased dramatically since the 1970s, Newsweek reported. These tiny plastic pieces are easily ingested by small fish, which are then eaten by bigger fish. As a result, the microplastic has been working its way up the food chain.

Next: Here’s how much plastic humans use each year.

Humans use more than 320 million tons of plastic each year

This plastic ends up in landfills or littered around the world. | Tzam/iStock/Getty Images

All of the plastic in the ocean is due to human consumption. We use millions of tons of plastic each year, and much of it is improperly recycled. It ends up in our oceans, which only adds to the massive garbage pile. While nearly half is from fishing gear, the remaining amount is from other irresponsible disposal.

Next: Shockingly, this ‘island’ is not the only one of its kind.

There are four additional ocean garbage patches floating around the world

There is more than just one extremely large garbage pile. | Jrockley via Wikicommons

Surprisingly, there are actually four other massive garbage piles floating around the ocean; the one in the Pacific just happens to be the largest. These oceanic garbage piles are known as gyres, and they’re also located in the South Pacific, the Indian Ocean, and the northern and southern parts of the Atlantic Ocean, according to NBC.

Next: Environmentalists are using the garbage pile to generate environmental interest.

But nonprofits see the garbage pile as a spark for change

This could inspire people to make a change. | rf/iStock/Getty Images

Environmental nonprofits see the garbage pile as a disaster — but they also see it as a reason for change. The island of garbage has been publicized recently with the hope that enough people will see it and realize how detrimental waste actually is to the ocean.

And since the garbage piles are caused by humans, getting humans to reduce the amount of waste can greatly inhibit the garbage piles from growing. “This will take significant effort, but awareness around this issue is growing and people are willing to make changes to make an impact,” Nancy Wallace, the director of the National Oceanic and Atmospheric Administration’s Marine Debris Program, wrote to NBC.