The Most Scandalous Daughters of U.S. Politicians (Including the 1 Who Told Playboy ‘I Love Men’)

Having a job as a U.S. politician doesn’t guarantee that you’ll live a squeaky clean and scandal-free life. And we aren’t just talking about politicians themselves — we’re talking about their family members. As it turns out, there is a long line of politicians’ children getting themselves stealing the spotlight for less-than-savory behavior.

From public antics to Playboy interviews, here are behaviors of 15 of the most scandalous daughters of U.S. politicians. (We have a feeling the daughter on Page 11 still has plenty of scandalous days ahead of her.)

Noelle got into trouble for using false name to fill a Xanax prescription.| Red Huber-Pool/Getty Images

No, George W. doesn’t have a daughter that you didn’t know about. (We’ll get to his girls in just a minute.) Noelle is the former president’s niece, and daughter of former governor Jeb Bush. She’s had multiple run-ins with the law because of a drug abuse problem, and entered rehab in the early 2000s after trying to fill a Xanax prescription using a fake name. She got into further trouble when she tried to smuggle drugs while behind bars.

Next: This politician’s daughter wouldn’t use his surname … until she got into trouble.

Saying that Rudy Giuliani has a strained relationship with his daughter, Caroline, is an understatement. Their relationship between the former mayor and presidential hopeful and his daughter deteriorated when he stopped going to important school events — and cheated on her mother. The relationship was so bad that Caroline would use her mother’s maiden name Hanover as her own. That is, until she was arrested for shoplifting a New York City Sephora in 2010 — she had no problem using his name then.

Next: First daughter with multiple offenses under her belt.

The “eldest”of W’s twin daughters made headlines when she was busted for underage drinking during his presidency. But getting caught once didn’t dull her spirit. In fact, she got into hot water on numerous occasions for hitting the bottle before she was for legal drinking age. She was even busted more than once for trying to use a fake ID to buy booze.

Next: As for her sister …

Jenna Bush got into some wild antics back in the day. | Dia Dipasupil/Getty Images

Like her twin sister, Jenna Bush had multiple run-ins with the law because of her underage drinking antics while she attended college in Austin, Texas. In addition to her habit of getting caught drinking, this Bush daughter really embarrassed herself when paparazzi caught a picture of her changing out of her underwear in public.

Next: From baring it in public, to baring it for the camera.

Two daughters made our list for their connection to Playboy. (The other is on Page 11.) First up is Ronald Reagan’s daughter Patti Davis, who notoriously posed nude for the magazine back in 1994. She was known as the black sheep of the family for her liberal views and rock star lifestyle. (She also romantically involved with Eagles musician Bernie Leadon.) But she’s probably best known for posing full-frontal on Playboy with a faceless man holding up her breasts.

Next: This politician’s daughter took “pass the piece pipe” a little too far.

Former VP Joe Biden’s daughter had a reputation in college for wild partying and scandalous outfits. But her wild ways caught up to her in 1999, when she was arrested in New Orleans for pot possession. A Tulane University classmate also alleged that he had video of her snorting cocaine, although proof of said video has never come to light.

Next: While we’re on the subject of marijuana … 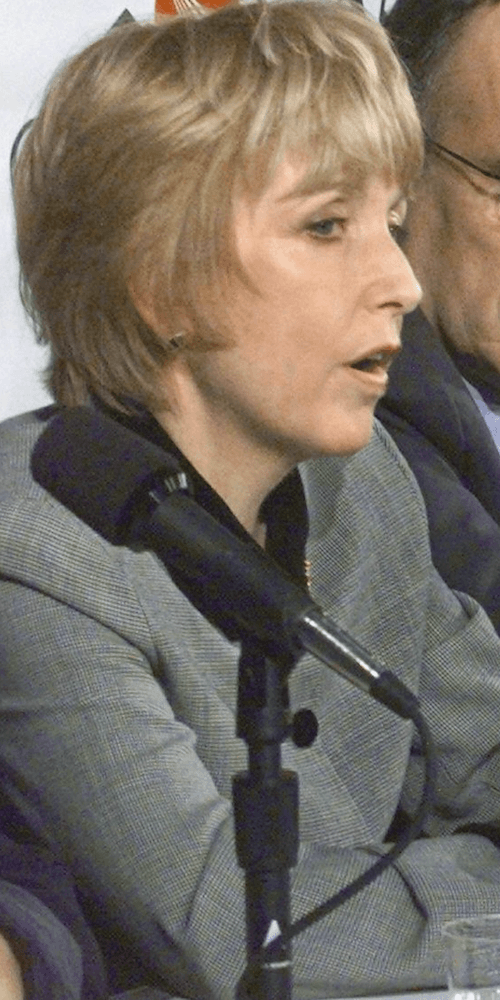 Mary Donohue’s daughter was quite the troublemaker. | Paul J. Richard

Mary Donohue dealt with her fair share of drama while she was Lieutenant Governor of New York. And that was before her daughter from her first marriage, Sara, got arrested. The politician’s daughter was stopped by police for speeding when authorities found pot lying out in the open in her car. She was reportedly charged for speeding and possession.

Next: Her need for speed got her into trouble.

Reverend Al Sharpton’s daughter, Dominique, and his ex-wife got into a bit of trouble in 2009 when Dominique cut off a police officer with her car. What followed was a profanity-laden exchange in which she claimed the officer was going too slow and had to get to the theater. She then allegedly flailed in order to keep from being handcuffed. Both women were arrested for resisting arrest. The charges against them were later dropped.

Next: Here’s a politician’s daughter who didn’t get away quite so easy. 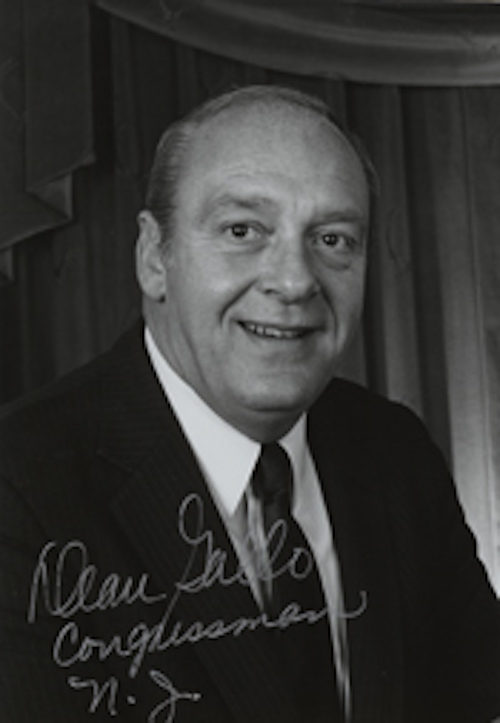 Next: Trouble with cocaine is common among politician’s daughters. 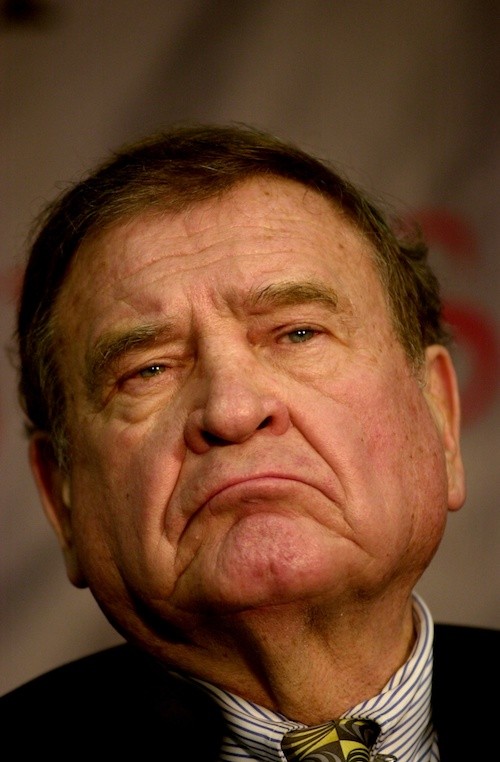 Rosten, the daughter of former House Ways and Means Committee chairman Dan Rostenkowski, had her cocaine ordeal follow her around for years. She initially charged with cocaine possession with intent to deliver in 1990, and received three years probation as part of her sentence. Before her probation was up, Rosten and two friends were caught with four grams of cocaine and could have faced up to three years in prison. The charges were dismissed and then reinstated, before it was determined in 1994 that the second search of Rosten was illegal.

Next: Another daughter connected to Playboy.

Her father John McCain may be a staunch conservative. But Meghan McCain has proven that she can be anything but. While the Columbia University grad more recently served as a Fox News correspondent, she rose to fame as a blogger that had no problem showing off her voluptuous physique. In an interview with Playboy in 2012, she spoke in great detail how she feels about the opposite sex. “I can’t help it,” she said. “I love sex and I love men.”

Next: More trouble behind the wheel.

Her antics could have ruined his image. | Alex Wong/Getty Images

One might think that the daughter of late U.S. Supreme Court Justice Antonin Scalia would be more cautious about her behavior. Alas this what not the case for Ann Banaszewski, who was arrested in 2007 in Illinois after a citizen reported a drunk driver in the area. Banaszewski wasn’t just driving under the influence, but had three children in the van with her as well.

Next: In this next person’s case, the vehicle and passengers didn’t fair as well. 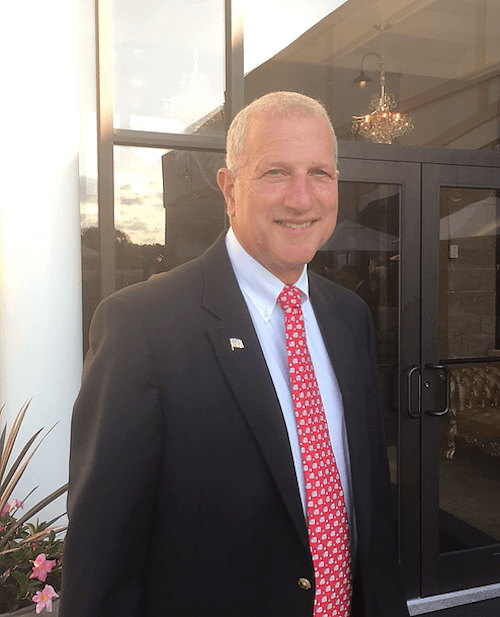 Former Shelton Mayor Mark Lauretti’s daughter did more than just drive under the influence — she crashed her car in the process. She was charged for a DUI in February 2010 when she crashed her car into a tree. The incident reportedly came just months after the 20-year-old had crashed her Mercedes and was accepted into an alcohol education program.

Next: Sadly, driving drunk is a theme on our list.

The details on the police report were iffy. | Sandy Huffaker/Getty Images

Garamendi had a run-in with the law in 2006 when California Highway Patrol arrested her on suspicion of drunk driving. But the case against the daughter of John Garamendi — who was about to take office as California’s lieutenant governor, hit a snag when the report filed after the car crash and arrest didn’t reflect details from the scene.

This mayor’s daughter was caught driving under the influence. | Kathy Taylor via YouTube

Frame, the daughter of former Tulsa, Oklahoma Mayor Kathy Taylor, was stopped by authorities for running a stop sign. She was then charged with a DUI after she reportedly failed a field sobriety test. The mayor later released a statement on the matter, saying the family would deal with it privately.