Steph Curry fans may watch all his games, memorize his stats, and hope he leads the Warriors to plenty more victories throughout his career. They might also know he’s more than a star NBA player: He’s also a husband and dad. Even his most devoted followers may have yet to hear the story of how he and his wife Ayesha fell in love — and why it almost never happened.

It spans years and one big letdown. But the turning point in their relationship (page 4) ended up paying off — and the adorable reason they married young at the start of his career (page 6) definitely proves it.

They met when they were teenagers … 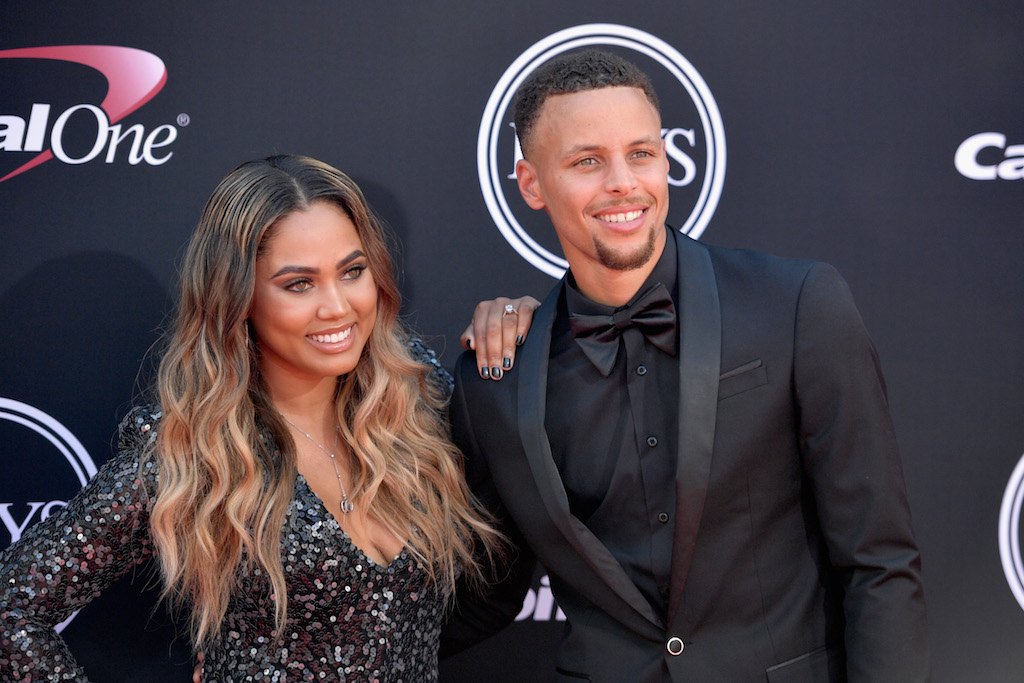 They’ve known each other since they were kids. | Matt Winkelmeyer/Getty Images

Ayesha and Steph Curry were acquaintances before they became friends — but they didn’t stay “just friends” for long. They joined the same church group in high school, but didn’t start dating until Steph was a junior at Davidson.

Next: They might have dated earlier, if it weren’t for this obstacle.

… but she wasn’t allowed to date 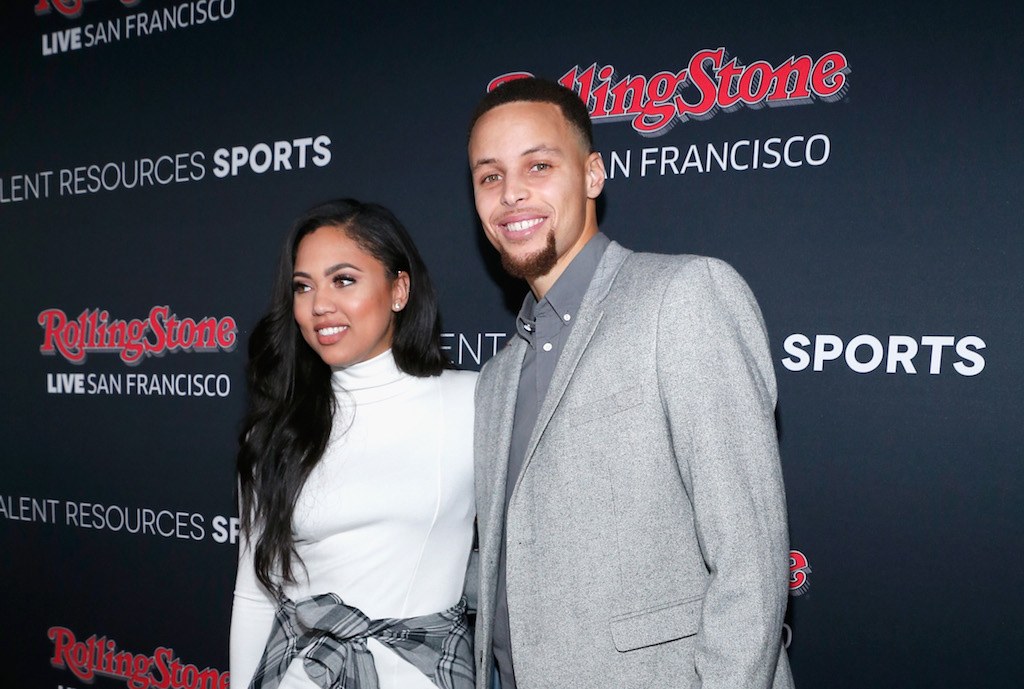 Both Currys grew up in religious environments, and have a running joke between them to justify why it took them so long to get together.

“I wasn’t allowed to date in high school,” Ayesha told Parents. “We always laugh that we were both focused on God.”

Next: It took him a long time to make the first move.

They reconnected years later — but it wasn’t their first date

The reconnected after Curry became a star at Davidson. | Youtube

The two met up in Los Angeles before Steph’s junior year in college after he found her on Facebook, but that wasn’t technically their first date. Ayesha recalled “it was friend vibes” … until it wasn’t. But early on, Steph “struck out” — temporarily, at least.

Next: Not all first kisses happen the way you want them to.

She ‘dodged’ his first attempt at a kiss 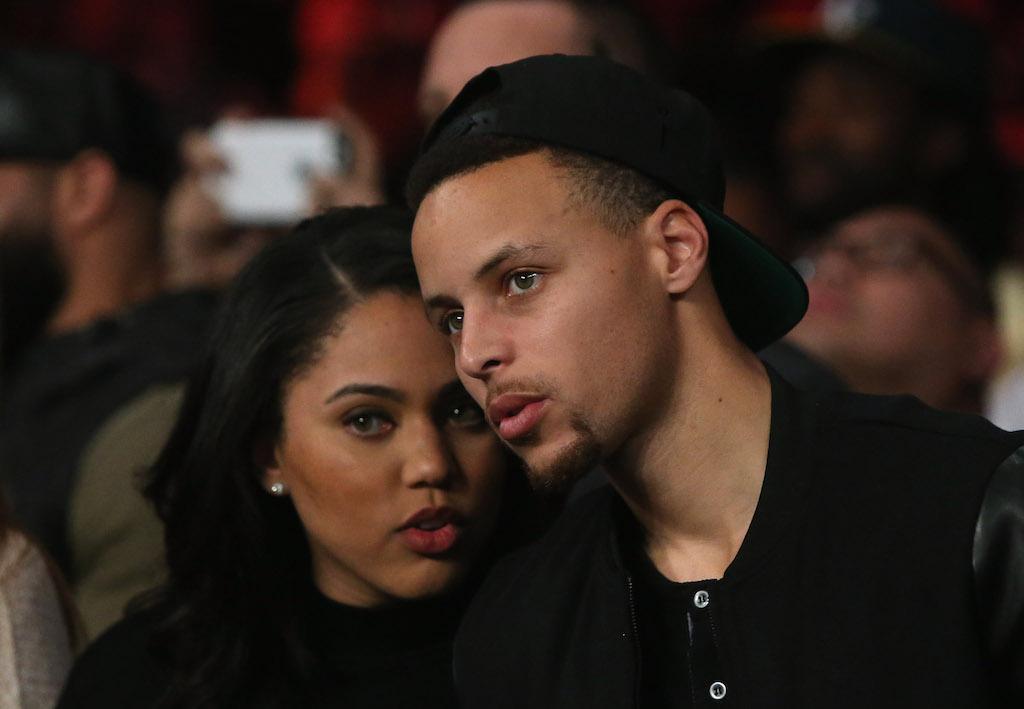 She denied him when he went in for a first kiss. | Ezra Shaw/Getty Images

This turned out to be a major turning point in their love story — and things could have ended very differently. Ayesha said, “He was in mid-conversation and came flying at my face like a thief in the night. So I was like, No. Then I thought, ‘Oh, I didn’t know this is what was happening.'”

Their first kiss holds a special meaning for them 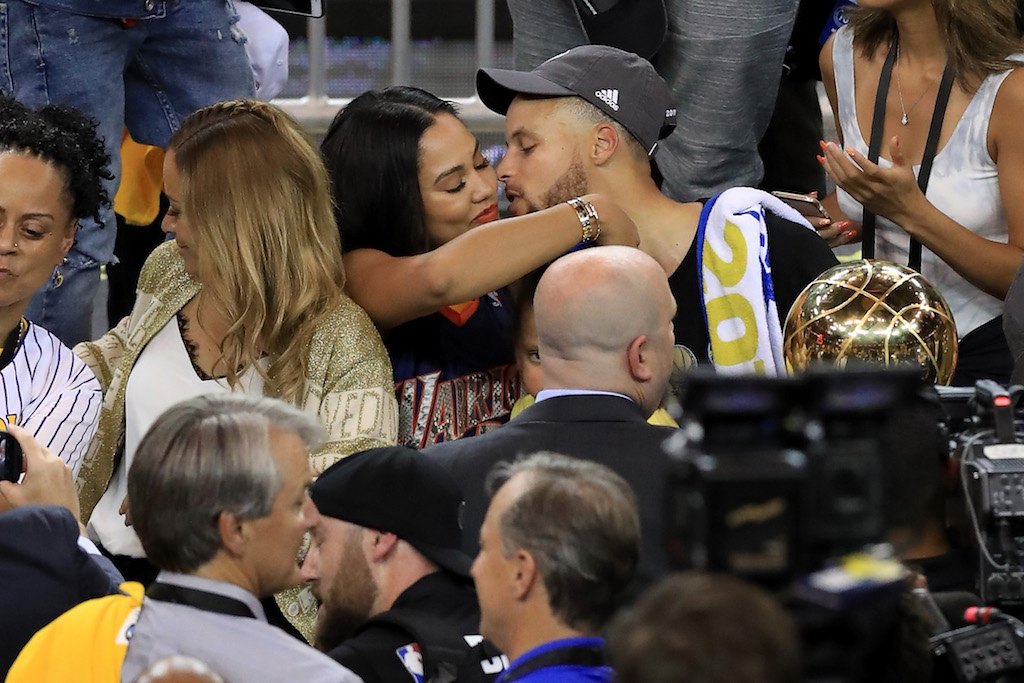 Their first kiss was straight out of a rom-com. | Ronald Martinez/Getty Images

Their first kiss took place in the driveway of Ayesha’s parents’ house. Steph ended up proposing to her in that exact same spot — and it was a scene straight out of The Notebook, thanks to the rain. It’s a location they won’t forget.

Next: For many, getting married too soon ends in disaster. The Currys didn’t have to worry about that.

There’s a sweet reason they got married young … 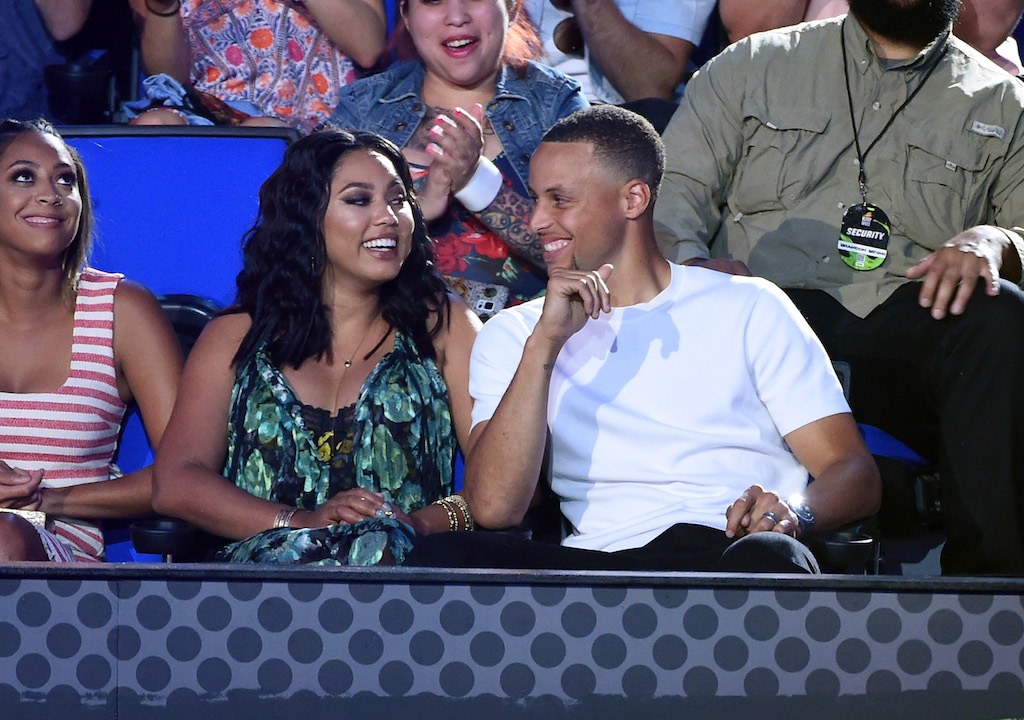 When you know you know… | Kevin Winter/Getty Images

Both Steph and Ayesha were in their early 20s when they married, but they didn’t have to wait years to figure out it would be the right choice for them. Steph said, “I knew I had found the right woman and I wanted to start a life with her.” So that’s what they did.

Next: It doesn’t matter how famous you are: Parenting is a different kind of challenge.

Steph and Ayesha have two daughters, Riley and Ryan Curry. But even though their dad is exceptionally skilled with a basketball and their mom started her own cooking show on network TV, they’re still too young to realize it.

According to the Currys, parenting comes with the same struggles no matter your background or lifestyle. It’s a good thing they have a strong, stable relationship to support each other along the way.