The Revolutionary Treatments That Could Cure Alzheimer’s Disease

Alzheimer’s disease affects millions of Americans across the country, and even more people around the world. It robs older adults of their memories and independence, and forces their loved ones to watch them slowly slip away. Is there anything you can do to stop it from happening to you?

Finding a “cure” for Alzheimer’s might mean using a combination of treatments that not only reduce your chances of getting it at all, but also therapies that slow or even stop its progression once you’re diagnosed. Right now, there isn’t a pill, shot, or therapy that can make the disease disappear. But these possible treatments could one day change that.

Could a drug help prevent plaque in the brain from forming? | iStock/Getty Images

People living with Alzheimer’s disease often have clumps of proteins in their brains called plaques that interfere with normal brain function. Certain drugs that mimic naturally occurring antibodies could help prevent these plaques from forming, and might even help clear up the ones that already exist.

Are these two diseases connected? | iStock.com/monkeybusinessimages

There’s strong evidence of a link between heart and brain health. Scientists are trying to figure out if certain medications designed to protect your heart could also slow the progression of Alzheimer’s — or even help prevent it.

Next: There could one day be an Alzheimer’s vaccine — sort of.

What if there was a vaccine for Alzheimer’s? | scyther5/iStock/Getty Images

People with Alzheimer’s also sometimes develop tangled protein fibers called tangles which, along with plaques, contribute to classic symptoms of the disease. Researchers are trying to develop a vaccine that could prevent these destructive tangles from forming.

Next: These drugs could stop Alzheimer’s before it happens.

This may be the answer. | iStock.com/Jeng_Niamwhan

Other drugs currently in development might be able to reduce the production of the proteins in your brain responsible for forming plaques. Reducing or completely blocking this process could prevent plaques from forming in the brain, or make sure no new clumps form over time.

Next: Another drug that already exists could be used to fight a different disease. 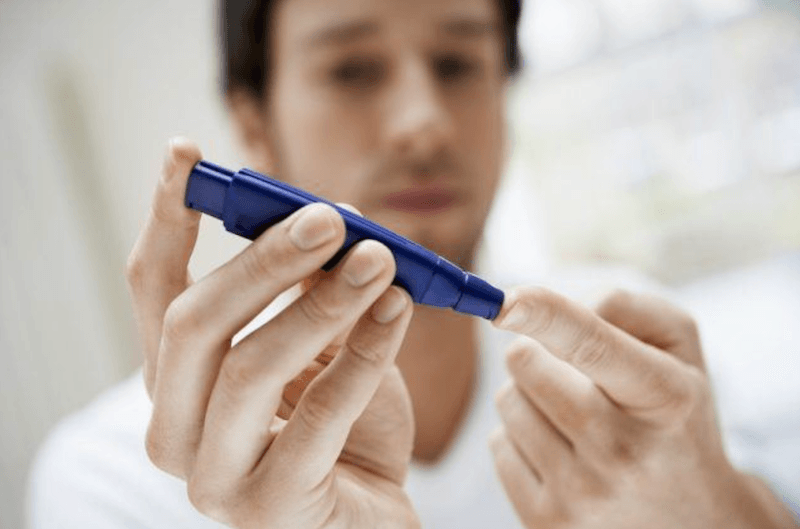 Could a drug prescribed for diabetes hold the key? | iStock.com

Small amounts of inflammation occur in the brain as Alzheimer’s disease develops. This isn’t caused by something you eat, so changing your diet can’t prevent it once it starts. However, researchers might be able to use a drug prescribed for diabetes that could combat this problem.

Next: Does insulin resistance cause Alzheimer’s? There might be a drug for that.

Insulin could be another answer. | LIgorko/Getty Images

Researchers still don’t know a lot about insulin’s role in the development of Alzheimer’s disease. They think they might be able to develop therapies that prevent the kinds of insulin changes in the brain possibly responsible.

Next: This experimental therapy could change everything.

Age is one of Alzheimer’s biggest risk factors. | iStock.com/khuntapol

Age is the biggest Alzheimer’s risk factor you’ll ever face. The older you get, the more your risk increases. Some trials have shown that introducing hormones like estrogen into the body early on in treatment could one day make a difference. Research is still ongoing, though.