We’ve heard a lot about actress and businesswoman Jada Pinkett Smith over the years. From her unconventional (and possibly open) marriage to Will Smith to her rumored connections to Scientology, it’s safe to say the public is fascinated with this powerful and often private woman.

But recently, Pinkett Smith has been revealing quite a bit to promote her new Facebook series, Red Table Talk. And one of the bombshells she dropped recently involved ending a 17-year feud with actress Gabrielle Union that no one knew she had.

The celebrity feud we didn’t even know existed. | Robin Marchant/Getty Images for SiriusXM

Pinkett Smith recently went on Extra to promote Red Table Talk, and she revealed that a very important episode was coming up.

“I have a really touching episode with Gabrielle Union,” she said. “We haven’t been on the best of terms for 17 years and we have a reconciliation.”

Next: What started the feud?

Neither of them remember what started it

Regardless of what started the feud, Smith assures us that it is over.  Tibrina Hobson/Getty Images

Pinkett Smith didn’t give everything away — she does want people to watch the episode, after all — but she did say the feud is definitely over. According to People, she mentioned one other rather humorous detail: Neither she nor Union remember why they started fighting.

“We don’t even know how it started!” she admitted.

Next: It seems both women let rumors get the best of them.

It was all just gossip

A very long time to go without speaking. | Emma McIntyre/Getty Images for iHeartMedia

Union has since weighed in on the reconciliation, adding that the word “feud” was more media hype than anything. She and Pinkett Smith had never used that word.

Next: Here’s how both women kept their bad blood secret.

Why are we just now hearing about this? 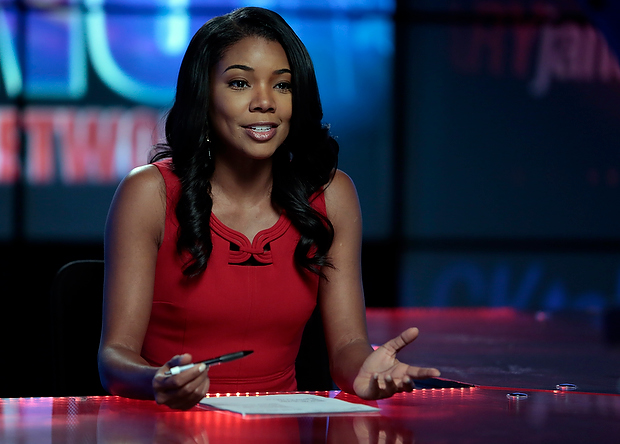 Gabrielle Union has been busy starring in movies like Being Mary Jane. | BET

So how did these two starlets manage to keep their (unnecessary) disdain for each other a secret? The answer is simple: Both women are class acts who know better than to damage each other’s reputations for no good reason. Rather than gossip, they remained dignified and kept their drama to themselves.

Next: Some other Hollywood celebs could take a lesson from these two.

Other celebrity feuds have been more high profile

Who can forget the infamous feud between these two pop stars? | Larry Busacca/Getty Images

Not every celebrity remains as tightlipped about their feuds as Union and Pinkett Smith did. Taylor Swift has been known to drop hints in her song lyrics, and many a popstar has gone rounds with each other, sometimes publicly, for all kinds of reasons. There’s no right or wrong way to handle a clashing personality, but perhaps some of these stars could take lessons from Pinkett Smith’s approach.

Next: So what’s next for Union and Pinkett Smith?

We’re excited to see these two women together much more often. | Gabrielle Union via Instagram

The episode of Red Table Talk will show these two starlets making up, which Pinkett Smith called a deeply healing moment. And it seems a new bond has formed between them now that they both acknowledge they don’t know why they were feuding. Perhaps we’ll see a professional collaboration between these two talents, or at the very least, a genuine friendship. Time will tell.

Next: Union isn’t the only controversial guest on Pinkett Smith’s new show.

Pinkett Smith is no stranger to airing uncomfortable conversations on her new series. Her very first guest was Sheree Fletcher, Will Smith’s first wife and mother to his oldest son, Trey. The two women have a friendly relationship now, but both admit that wasn’t always the case. They talked about a particularly heated phone conversation they had when Trey was only three, with Pinkett Smith’s relationship to her now-husband was new. But all is well now, and they’re a happy blended family.