The States With The Most Muscle — Where Does Yours Rank?

Are you the strongest guy in your gym? Come on, we all know you are stealing a look at the guy lifting next to you, making sure that your numbers are heavier than his. Face it, Americans are competitive — they want to be the fastest, strongest, and best.

But while some states are piling a few extra weights on the bar, others seem to be falling a bit short in the meat head department. According to Skulpt, the “Fitness State of the Nation Report” is in, and here are some of the results! 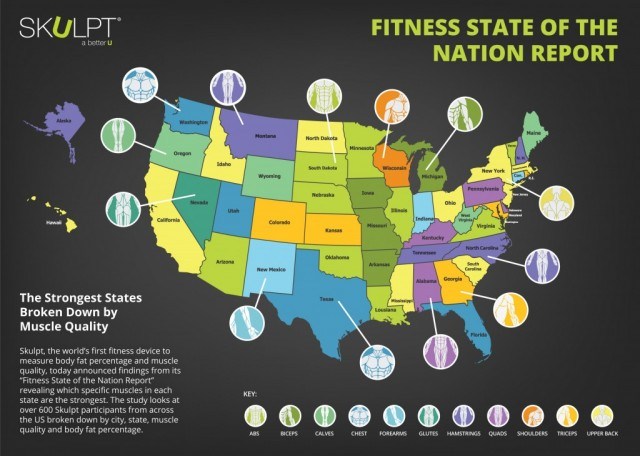 Skulpt used their fitness device, which measures body fat percentage and muscle quality, to break down who is the fittest of the fit and who may need to rethink their routines.

Not only did the study find out what states have the most muscle overall, it also broke down what muscles the U.S. focuses on, and what exercises Americans may have to get a few more reps in.

According to the site, “The study looks at over 600 Skulpt participants from across the US broken down by city, state, muscle quality and body fat percentage. Overall, the research found the strongest muscles in America were in the upper body including triceps, chest, shoulders and forearms while the weakest muscles in America were in individual’s glutes and calves.”

Although the southern cities may not have scored so high in the 2015 AFI Report, the Skulpt report shows muscle may not be a major problem below the Mason Dixon. Louisiana, Alabama, Mississippi, and Tennessee all found there way within the top-five states with some stand-out muscle quality. 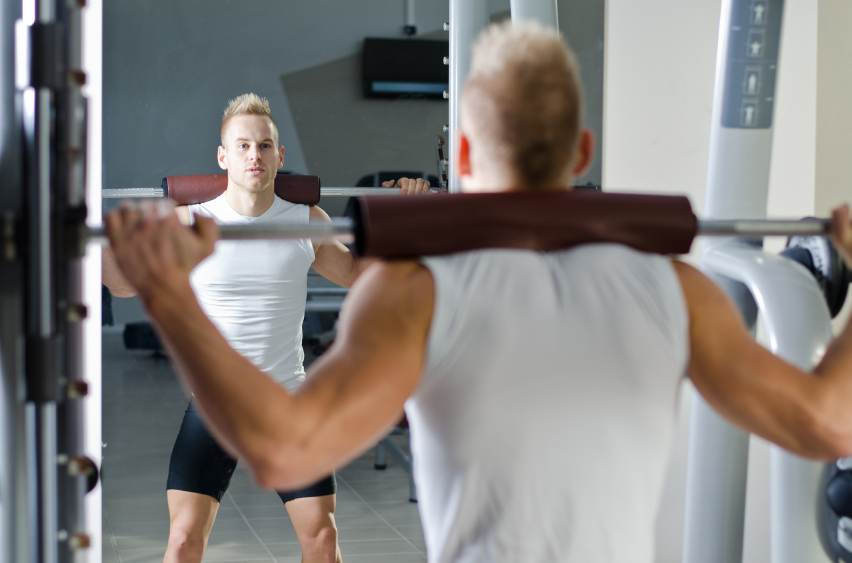 Other interesting information, according to Skulpt, includes the idea that while the South is the strongest overall, the Northeast proves to spend the most time benching. The report found these states ranked toward the top when it comes to tris, shoulders, and chest muscles.

According to Skulpt, the site utilizes technology known as Skulpt Aim. “Skulpt Aim instantly rates the muscle quality (MQ) on a proprietary scale, which can identify areas that may have been neglected or over-trained.”

The states coming in with the least “muscle quality” include Wyoming, Nebraska, Rhode Island, Oklahoma, and Georgia.

Other states, which seem to fall in the middle at a rather equal ‘MQ’, include Kentucky, New Hampshire, New York, Colorado, and Massachusetts. So where does your state stack up, or are you already grabbing your sneakers and getting ready to hit the gym?

Want to learn more about Skulpt’s report? You can check out all of its findings here.