The Terrifying Reason Why Trusting Your Doctor Is Deadly

It’s a subject no one wants to think about, but just like the rest of us, doctors make mistakes. And unfortunately, medical errors happen more often than we’d like to think.

Of course, the vast majority of doctors in America are wonderful, and the odds of something happening to you are slim — but that doesn’t mean there’s no risk. In fact, blindly trusting your doctor can be deadly.

Innocent medication mistakes could cost you your life. | Areeya_ann/iStock/Getty Images

Whether it’s the wrong drug or the wrong dose, innocent medication mistakes harm as many as 1.5 million people each year, according to the Institute of Medicine. Always ask the hospital staff what you’re taking and how often you should have it. And always disclose any medication you’re currently taking to your doctor.

Next: This common procedure is still pretty controversial.

2. They often do too many blood transfusions

Is this really necessary? | shironosov/Getty Images

Blood transfusions are one of the most common procedures in U.S. hospitals, but quite a few of them were deemed to be inappropriate by a 2011 study. Since research shows the more blood cells a patient receives, the higher the risk is for infection, there’s no harm in asking why it’s necessary before you receive one.

Next: You go to the hospital to get better, but sometimes you can get more than you bargained for.

3. Hospital and other healthcare-associated infections happen

On any given day, about 1 of every 25 hospital patients will contract an infection. The top cause? Medical professionals not washing their hands enough. Don’t be afraid to ask the people taking care of you if they’ve washed their hands.

Next: Keep track of your tubes.

4. Infections from central lines are more common than you think 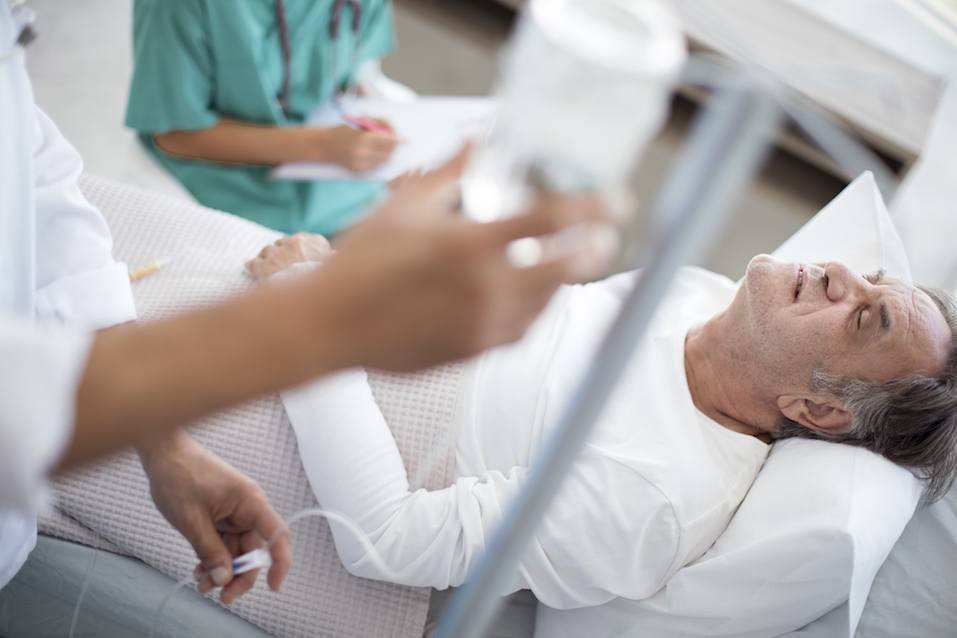 Keep an eye on how long the tube is changed.  | seb_ra/Getty Images

One common infection is from tubes of fluids or medicine inserted into veins, which create a perfect highway for bacteria to enter the blood. As a patient, you can be proactive by asking how long the tube is meant to go without being changed. Occasionally, clinicians do forget about them.

Next: This is the last thing you want to go wrong when you’re having surgery.

5. Your doctor may make anesthesia errors

Errors in anesthesia dosage is the most common, but also the most deadly, surgical error. If an anesthesiologist gives the patient too much of the drug, it can cause brain damage or even death. Also, patients have woken up in the middle of a surgical operation and felt all the pain without being able to speak up.

Next: This is far from the only thing that can happen to you on the operating table.

These errors can cause permanent damage. | Megaflopp/iStock/Getty Images

Preventable surgical errors happen quite frequently, and while not all of them are deadly, many cause permanent damage. From foreign objects left in the patient’s body to air embolisms and receiving the wrong blood, there’s a lot that can go wrong when you go under the knife.

Next: If you have to spend time in the ICU, you’re at risk for this.

That ventilator may do harm in the end. | Trish233/Getty Images

Ventilator associated pneumonia, otherwise known as VAP, occurs when critically ill patients contract the illness from a ventilator. This is the most common lethal infections for patients in the ICU, and it puts people at a high risk of dying not only from their illness, but from the pneumonia as well. Tragically, in most cases, it’s preventable.

Next: This is the most common type of medical error of all.

8. Your doctor may misdiagnose you

Doctors are human too. | NanoStockk/Getty Images

Considering a proper medical diagnosis is the key to treating the issue, an incorrect diagnosis can be an inconvenience at best and deadly at worst. And improper diagnosis just happens to be the most common type of medical error.

Next: Make sure the tests you’re getting are necessary.

9. They may request unnecessary tests

Make sure these tests are necessary. | Bet_Noire/iStock/Getty Images

Research has shown that in the U.S. alone, $700 billion is spent on unnecessary tests and treatments every single year. And considering CT scans increase your lifetime risk of cancer and dyes from MRIs can cause kidney failure, these mistakes can be as deadly as they are costly.

Next: Sometimes “accidents” aren’t so accidental. 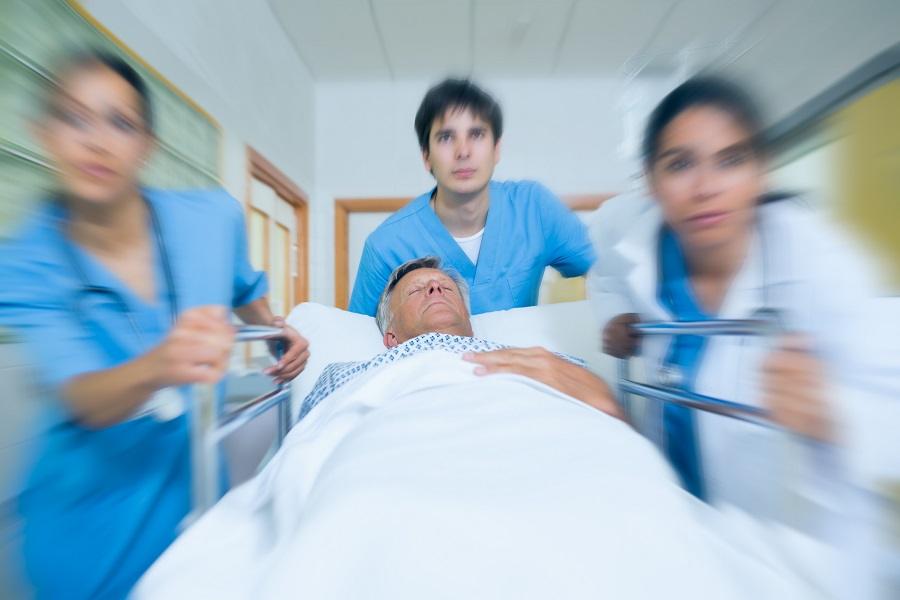 Make sure you don’t end up like this. | Wavebreakmedia/iStock/Getty Images

Every year, around 500,000 people fall or have other accidents during hospital stays. And sadly, most of them are due to malfunctioning medical devices. There are supposed to be safeguards to prevent these things from happening, but mistakes are inevitable.

Next: Here’s what’s being done to help prevent these tragic mistakes.

What can be done about medical errors?

It’s easy to blame the medical professionals when mistakes are made, but researchers who have studied the cases and statistics caution that most medical errors aren’t due to inherently bad doctors. Rather, they’re most likely a symptom of other systematic problems like poorly coordinated care. This shows that more research needs to be done to address the problem.

Next: Illness or death due to medical errors has a name.

What is Iatrogenic disease?

Iatrogenic disease is illness or death caused by the medical system itself. It can be caused by botched surgeries, hospital infections, too many (or the wrong kind of) pharmaceutical drugs, and so much more.

Next: Just because you don’t hear about it often doesn’t mean it doesn’t happen frequently.

If you’ve never known anyone who has died from an Iatrogenic disease, you’re very lucky. According to recent statistics, medical errors claim the lives of 250,000 people every year in the U.S. alone. And that might even be inaccurate — other reports claim the number is as high as 440,000.

Next: This is why trusting your doctor can be deadly.

This statistic is horrifying

Heart disease is still the No. 1 killer. | SIphotography/iStock/Getty Images

To put this in perspective, this means that medical errors are the third leading cause of death in America. Heart disease is first, cancer is second. So blindly trusting your doctors might be more dangerous than you realize.

Next: Are some medical errors more common than others? We’re not sure.

The data is inconclusive

As beneficial as modern medicine has been for many, there’s no denying that sometimes it does more harm than good. But since the most recent data is from the year 2,000, we still have a lot of research to do before we can assess the severity of the problem and take action.