One little-known fact about President Trump? He doesn’t drink. Ever. In fact, while we take what he says with a grain of salt, he told news outlets that he has never had a drink and never plans to. And he has an incredibly tragic, albeit supportive reason why (page 5). We’ll also take a quick look at what Trump likes to drink and eat instead (page 6).

Donald Trump has been vocal about his sobriety

Trump doesn’t get down with the alcohol. | Mario Tama/Getty Images

“I’ve never had a drink,” Donald Trump told Fox News after his election in 2016. Trump has avoided alcohol his entire life, a first among modern U.S. presidents.

Next: Trump is probably the first sober president in a very long time.

George W. Bush went dry after years of heavy boozing, FDR kept a martini close at all times, and Lyndon B. Johnson was known for his capacity to down copious amounts of whiskey and sodas. Richard Nixon, perhaps the largest drinker of the bunch, was “prone to morose self-pity” for which booze was his vice of choice.

Trump may have the correct idea to remain sober, especially during America’s turbulent state of messy foreign relations, economic crisis, and environmental concerns (regardless of how many of these he is aiding along). According to Nixon’s Secretary of State, Henry Kissinger, his late-night drinking was a serious problem, especially when late-night threats of military action were made and he was inebriated.

Next: Here’s the advice he gives to his children.

He encourages his children to avoid alcohol

Trump has encouraged his kids to also not drink. | Joe Raedle/Getty Images

Trump allegedly ordered his children to do as he says (and as he does) and resist alcohol. “I’ve been very tough on my children with respect to drink [sic],” he said. This sober mentality includes drugs and cigarettes as well.

Ivanka seems to follow her father’s advice, telling Harper’s Bazaar, “I pretty much only drink water, Tazo passion tea or coffee with half and half.” The same can’t be said for Eric, who owns and acts as president of Trump Winery, in central Virginia.

Next: Here’s what we know about Fred.

His brother was an alcoholic

The tragic reason behind President Trump’s sobriety? His older brother, Fred, “one of those heart-breaking men who could not stop drinking,” was a dangerously unhealthy alcoholic. According to Donald, when Fred went off to college, he began to drink too much. “He would tell me, ‘Don’t ever drink. Don’t ever drink,'” and Donald has heeded that advice.

In Donald’s mind, one drink could potentially spiral into an addiction like Fred’s. He has discussed his fear that he might have a gene that would make moderate drinking impossible.

Next: Fred died young and served as a defining moment for Donald.

His brother died from the disease at age 42

Donald’s other brother, despite giving him life-changing advice, couldn’t follow it himself. He died at age 42, and while the actual cause of death is not on record, Donald has opened up to reporters about Fred’s death from alcoholism.

This was the defining moment for the current POTUS. Patricia Olsen and Petros Levounis, M.D., wrote that it’s difficult to remain “detached and impassive,” to a sibling’s habits in their book, Sober Siblings. They urge nondrinkers in a drinking family to get treatment along with the alcoholic family members.

Next: This is what the president likes to drink instead. The President enjoying a Diet Coke | Donald Trump via Instagram

Trump might not drink beer, but he’s not opposed to indulging in soda. His beverage of choice appears to be Diet Coke. In fact, Trump apparently watched TV on election night with a Diet Coke in hand. And, according to Axios, Trump sometimes opts for the full-sugar Coke after a particularly trying day.

Next: He also loves to indulge in this.

He’s a big fan of sweets 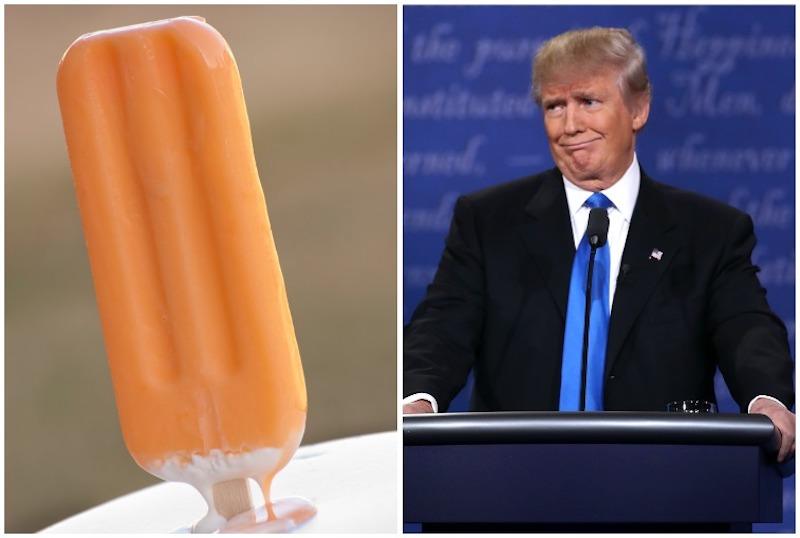 Nobody has ever accused the president of shying away from dessert. And it’s no surprise he is a fan of ice cream. In fact, he’s on record as preferring cherry vanilla ice cream. And, quite famously, a Time interview revealed at dinner in the White House, Trump got two scoops of vanilla ice cream with the chocolate cream pie served for dessert, while everybody else at the table was served just one.

And apparently, Trump loves sweets so much he deemed it necessary to brag about Mar-a-Logo’s chocolate cake while recounting the night he approved a missile strike in Syria. Unsurprisingly, the Huffington Post and other publications called him out for it.

Next: His favorite snacks 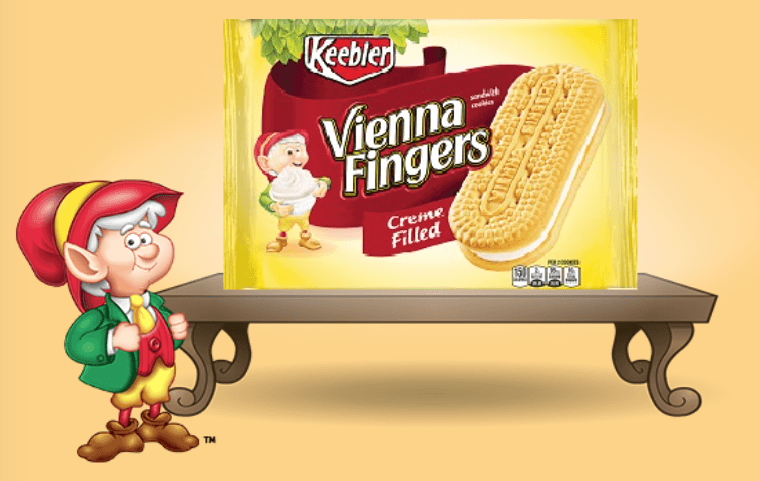 One of Trump’s favorite snacks | Keebler

When asked whether Trump ever snacks on fruit or nuts, an aide told Axios, “Never seen it.” Instead, Trump reaches for original-flavored Lay’s potato chips and vanilla-flavored Keebler Vienna Fingers. He likes Oreos but apparently stopped eating them once the company moved plants to Mexico. The New York Times cited Lay’s chips, specifically, as a snack Trump stocked on his private plane and now keeps in the White House kitchen.