These Cancer Researchers Were Possible Contenders for 2017 Nobel Prize 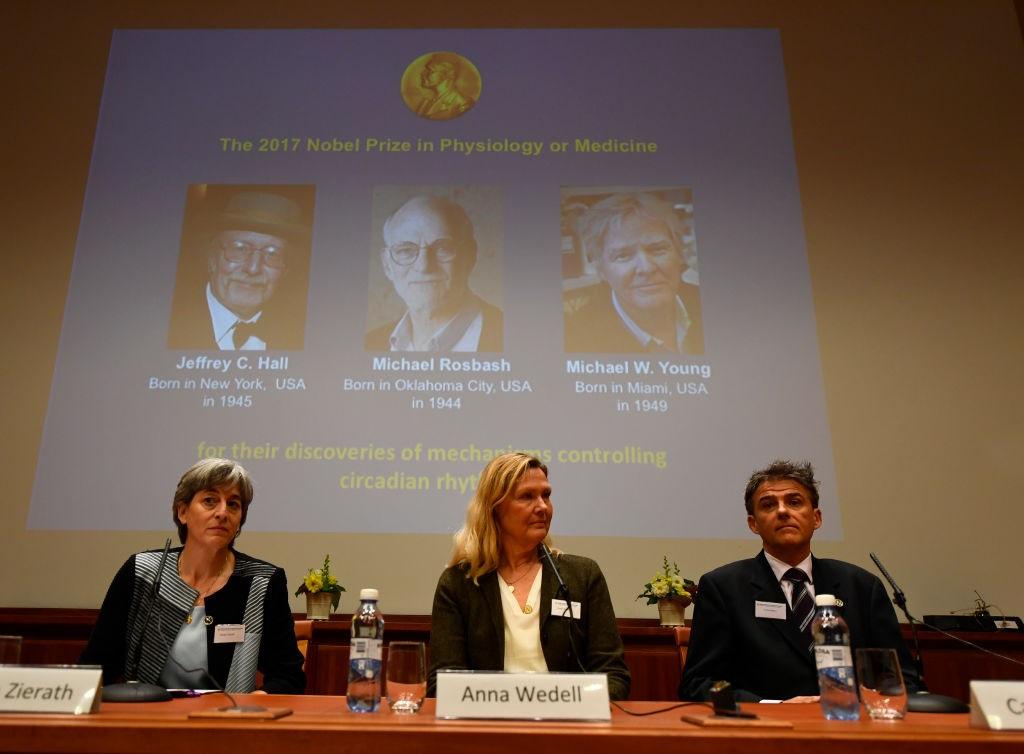 Nobel committee members during a press conference as the winners of the 2017 Nobel Prize in Physiology or Medicine are pictured on a display in Stockholm on Oct. 2, 2017. | Jonathan Nackstrand/AFP/Getty Images

The recipients of the Nobel Prize in Physiology or Medicine were Jeffrey C. Hall, Michael Rosbash, and Michael W. Young. The three isolated the gene responsible for controlling biological rhythms, using fruit flies in their studies. The prize committee said the men shed light on how an organism’s “inner clock” can fluctuate to optimize its behavior and physiology.

Their discoveries explain how plants, animals, and humans adapt their biological rhythm so that it is synchronized with the Earth’s revolutions,” the committee noted.

Who were the other contenders?

While the Nobel committee does not share the list of those under consideration, leading up to the awards, there is usually a long list of names mentioned by analysts of those who may receive the award for their work. One speculator in particular, named David Pendlebury, is known for making predictions based on extensive data analysis. Pendlebury carries an impressive record of being able to predict winners accurately – although not always in the correct year. He is with Clarivate Analytics and was previously with Thomson Reuters.

For the 2017 prize, Pendlebury put Drs. Yuan Chang and Patrick Moore on the list of contenders. The husband and wife discovered tumor viruses called herpesvirus 8 and MCV which can lead to cancer. The scientists received an award in Germany earlier this year for the tumor virus discoveries. The viruses were found to be responsible for Kaposi’s sarcoma, a tumor of the blood vessel cells, and Merkel cell carcinoma, a rare, malignant skin cancer. The scientists discovered the viruses and showed they are responsible for the two types of cancer.

On Sept. 14, the husband and wife received the PNC Elsie Hillman Distinguished Scholar Award for discovering the cancer-causing viruses.