Feeling down? Unfortunately, you may be in good company. Verywell explains over 300 million people worldwide have depression, with 16.2 million being adults in the U.S. And since multiple factors can cause depression, experts are now seeing a link between prescription medications and mental illness. Yahoo reports a study found over a third of Americans are using prescription medications that can negatively affect their mental state.

Here are a few common medications known to cause depression or suicidal thoughts, including one popular blood pressure medication you’re definitely familiar with (page 9). 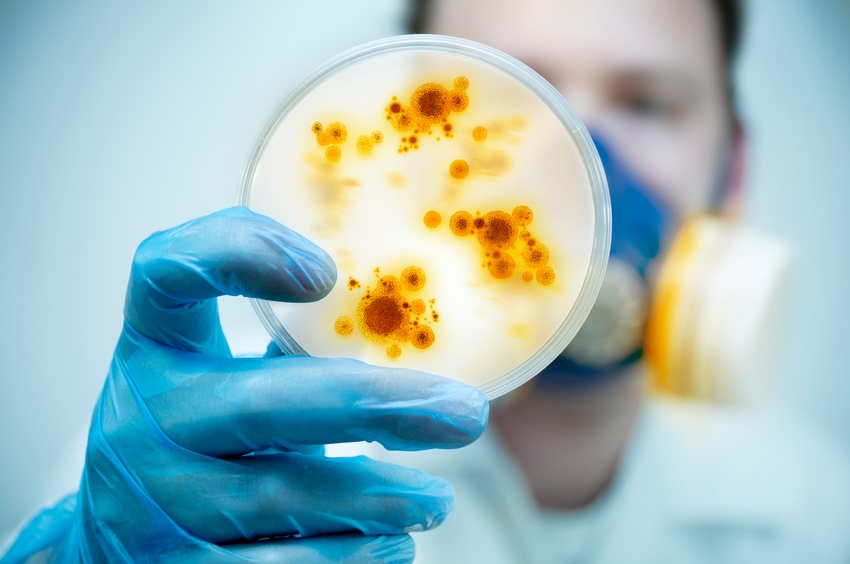 Scientist analyzing a dish with virus and bacteria cells | iStock.com/solarseven

If you have a bacterial infection, your doctor may prescribe Levaquin, a popular and ultra-common antibiotic. Even if you’re only on this med temporarily, though, it can have serious side effects. RxList explains this antibiotic can cause nausea, vomiting, gastrointestinal issues, dizziness, and skin rashes. As for mental effects, Levaquin can also cause depression, hallucinations, and sleep issues in more serious cases.

Next: This popular anxiety medication can really mess with your mental state. 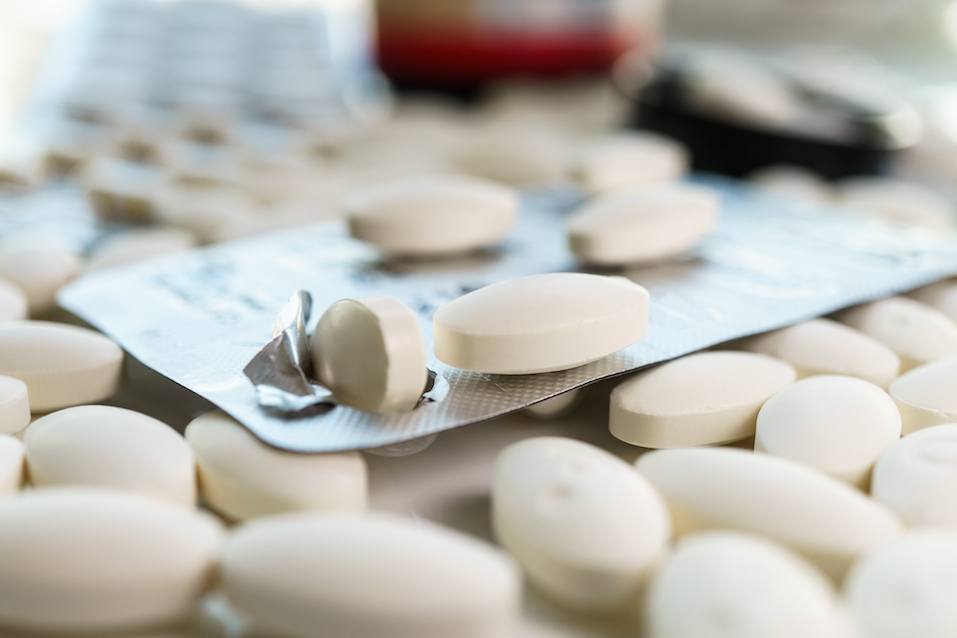 While benzodiazepines can have a negative reputation, they help millions each year. And Valium, one of the most commonly prescribed meds in this group, can assist those who have crippling anxiety, Healthline explains. Valium works as a minor tranquilizer and is also prescribed to those who have sleep disorders or muscle spasms.

You’ll want to be careful if you’re taking Valium, though, as Harvard Health Publishing notes it can affect your mood and lead to depressed thoughts.

Next: You’ll be surprised this asthma prescription made it on the list. 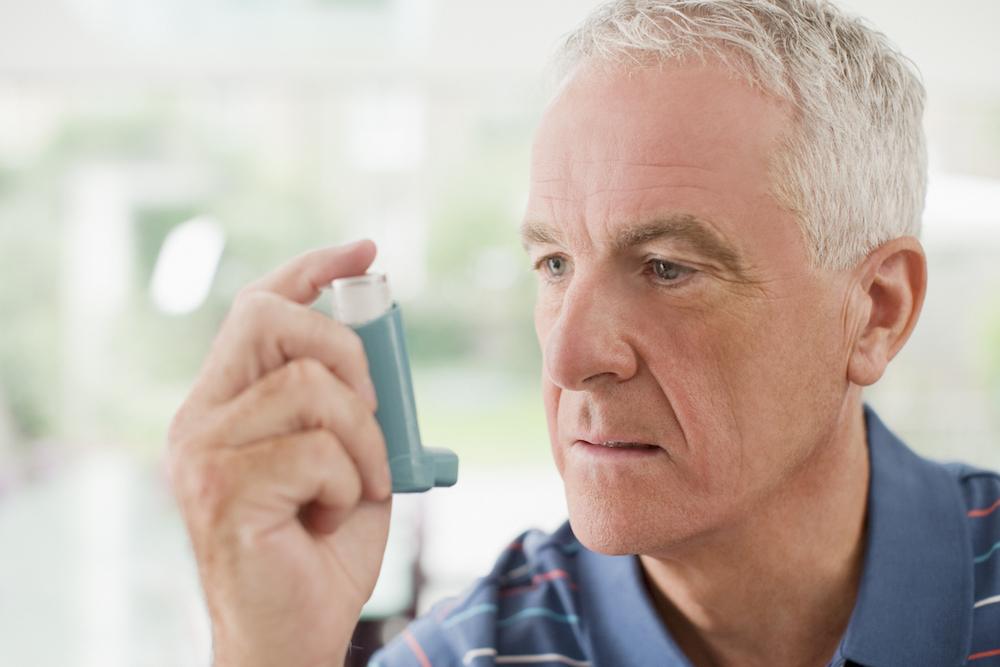 Asthma can be life-threatening, and Singulair has saved lived. But that doesn’t mean it’s without serious side effects. WebMD explains the U.S. Food and Drug Administration has required all medications in the same class as Singulair to carry a warning stating they’re associated with mental side effects, like aggression, anxiousness, suicidal thinking, and depression.

Singulair is still on the market, as it helps many with their asthma. But now, doctors are instructed to look for neuropsychiatric symptoms in their patients.

Next: You’re probably familiar with this medication if you have high cholesterol. 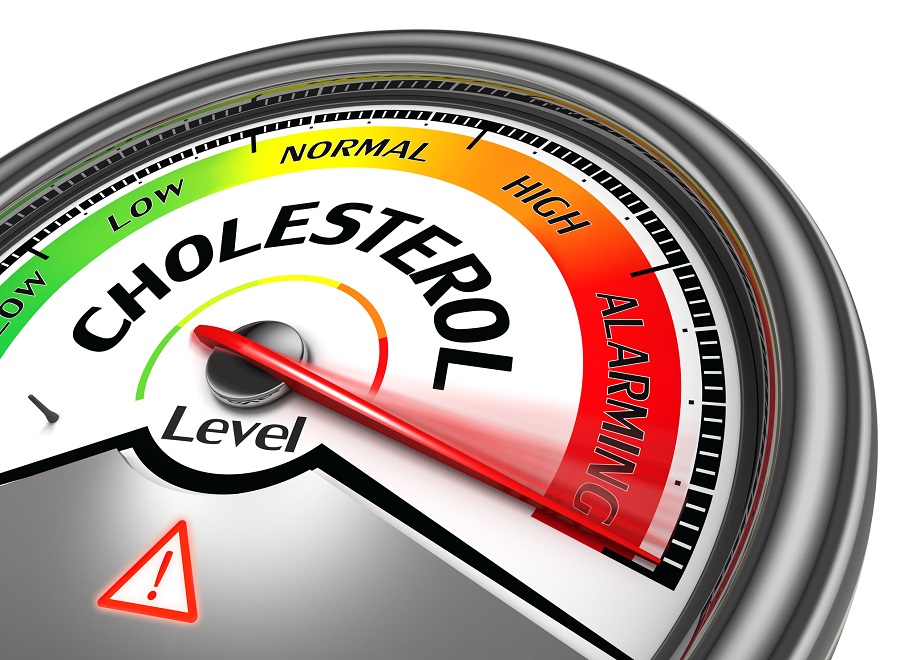 A healthy lifestyle full of fresh foods and plenty of exercise can help keep cholesterol levels within a healthy range. But Zocor is a common med prescribed to those who need Rx assistance in keeping cholesterol low.

Zocor is a statin, and this class of drugs is known for giving users feelings of depression, anxiety, and irritability, Psychiatric Times reports. In fact, a survey taken by those experiencing negative effects while on a statin found that 32% reported an increase in depressive symptoms.

Next: Watch out for this common pain medication. 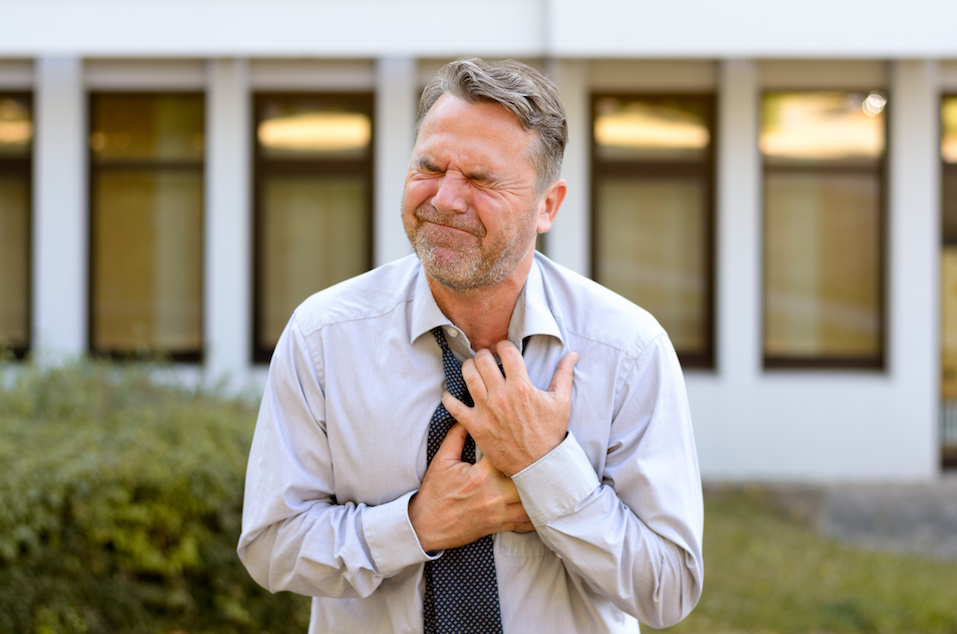 Vicodin is a combination of hydrocodone and acetaminophen, making it ultra effective in ridding physical discomfort fast. But a study shared by Futures of Palm Beach explains higher doses can lead to depression.

The study involving 355 patients using painkillers for back pain found those who took higher doses were more likely to report feeling mentally unwell. It’s also important to note the patients with the higher doses deal with extreme chronic pain for long periods of time, however. This can impact their mental state as well.

Next: This medication is used for treating many different conditions. 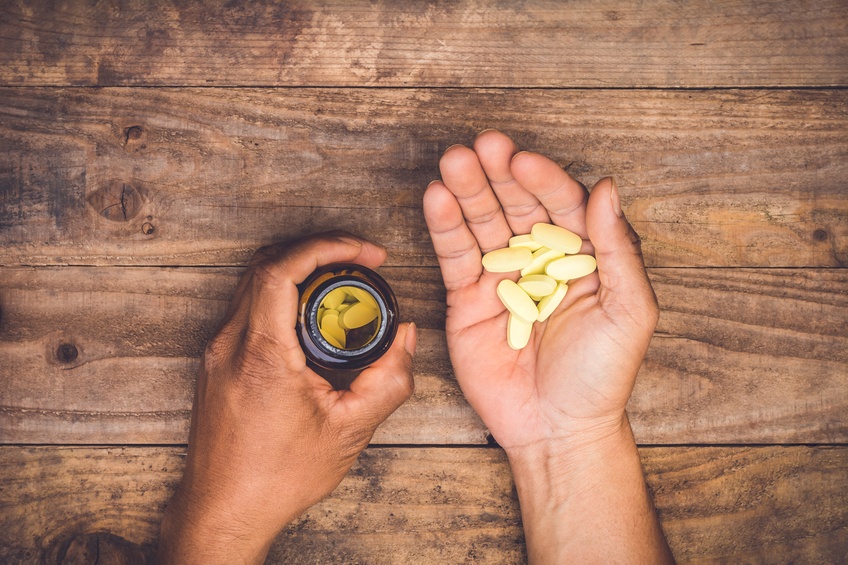 Prednisone is prescribed for a multitude of health concerns. Health explains it’s a steroid used to treat autoimmune diseases, asthma, allergies, or cancer. But Joshua Nathan, M.D., tells the publication many notice mental health differences while on it.

Next: This med can treat mental health issues — but it can also make them worse. 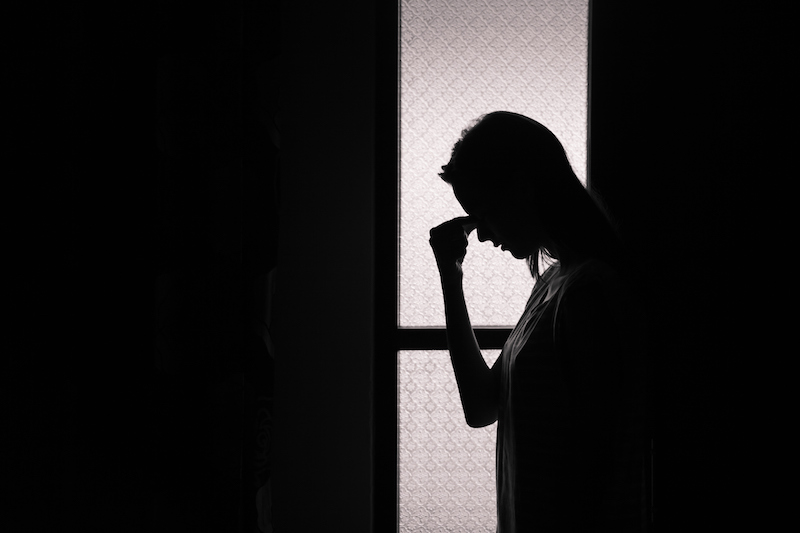 Abilify can actually help those with severe depression — so it seems odd that it can also cause mental health issues. But Harvard Health Publishing says this isn’t as uncommon as it seems. Abilify and Seroquel, another antipsychotic used to treat severe depression, are both known for this.

RxList notes Abilify also gives some users suicidal thoughts and anxiety. Not only that, but insomnia, muscle spasms, and an expressionless face are also common side effects.

Next: If you’ve ever had shingles, you know this medication. 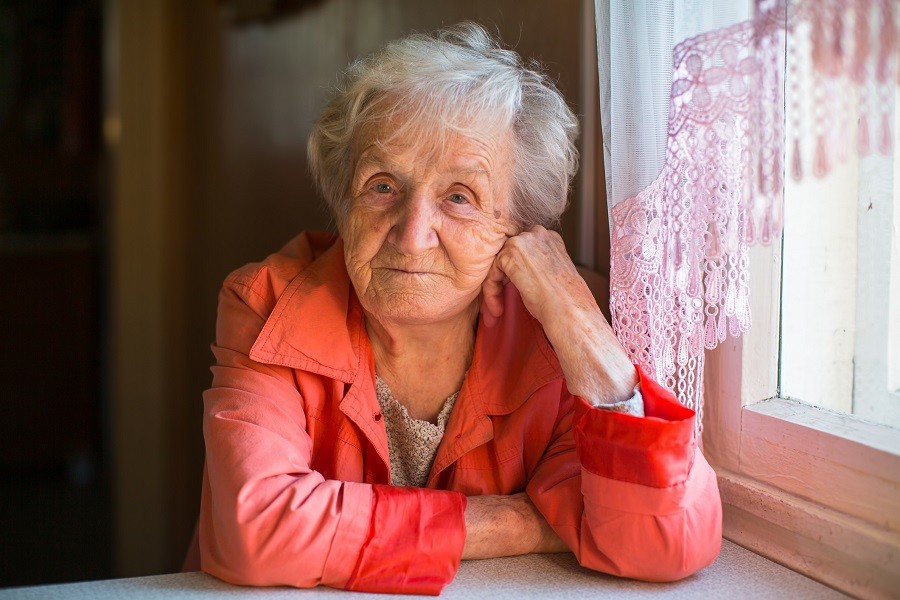 If you deal with epilepsy, you’re certainly aware of Neurontin — but that’s not the only time you may be prescribed this med. RxList explains it’s also used to treat nerve pain in those who have shingles. Unfortunately, like many other prescriptions, it comes with a range of side effects.

Memory loss and dizziness are common side effects of Neurontin, but so are behavioral changes. Many develop feelings of depression and anxiety while on it, too.

Next: Your blood pressure medication can mess with your mental health. 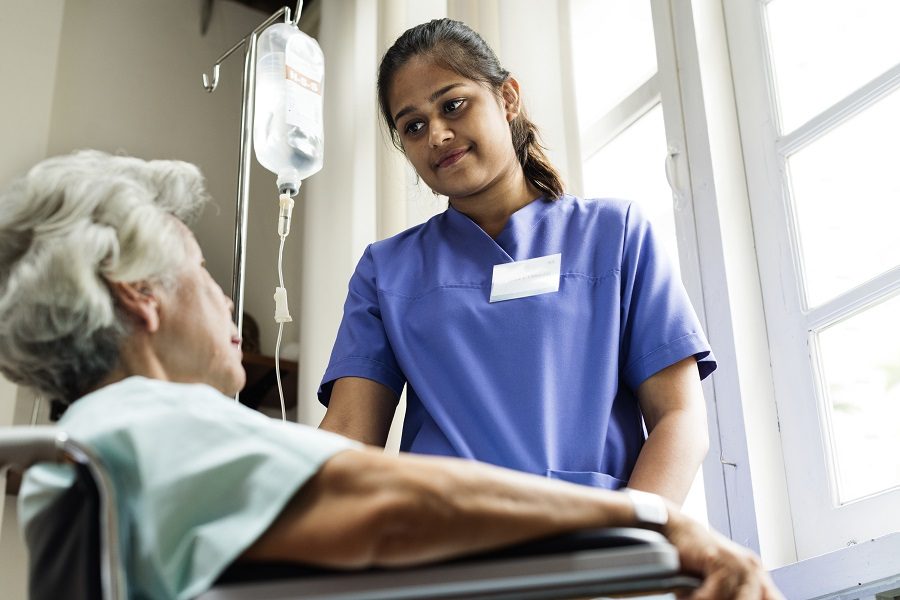 Heart disease is the No. 1 killer in the U.S., so it’s no surprise that so many are on beta blockers. These meds are designed to treat high blood pressure and chest pain, Everyday Health explains. And they work by slowing the heart rate and relaxing the blood vessels so blood can flow through the body easier.

Unfortunately, beta blockers like Lopressor come with a wealth of side effects, including depression. Oddly enough, they are also sometimes prescribed for anxiety.

Next: Quitting smoking? You may go on this medication. 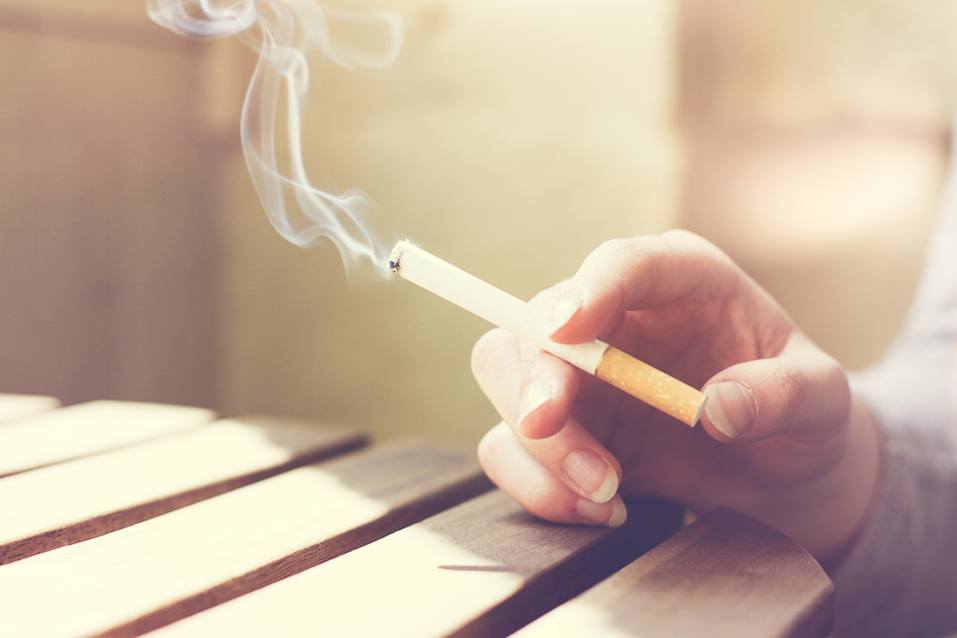 Quitting smoking is an extremely difficult task, and that’s why medications like Chantix are here to help. While Chantix is an excellent aid, however, there are a number of side effects — many of which are severe — that users need to be aware of.

WebMD explains abnormal dreams, head pain, and sleep troubles are all common while on Chantix. But others reported depression and suicidal thoughts, which tend to be severe when experienced on this med.

Next: This common anxiety medication can lead to serious mental illness if taken for too long. 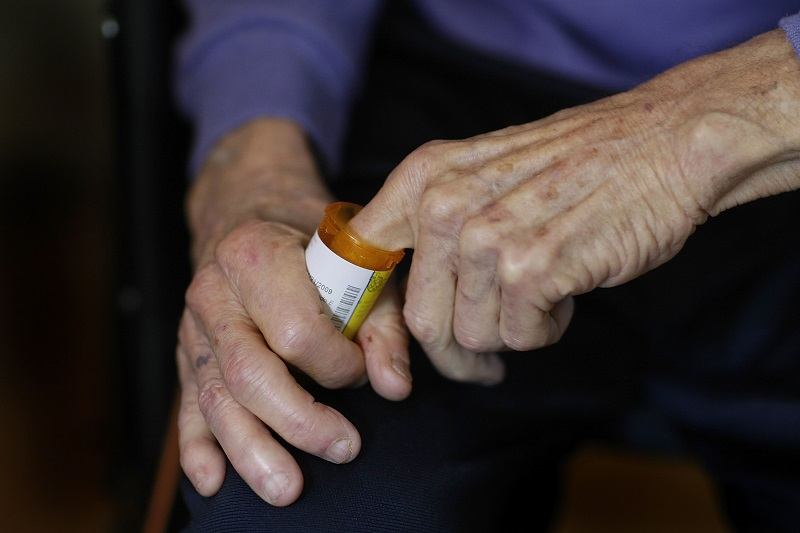 American Addiction Centers explains Xanax calms activity in the brain, which can greatly help for those who deal with anxiety, panic disorders, and insomnia. But like Valium, Xanax can also lead to a worsened mental state over time. Since it ramps up the production of your body’s natural tranquilizers, it can induce depression in some.

There’s also the issue of painkiller abuse, and Xanax is commonly overused. For those who experience depression while on Xanax, doctors should monitor them for suicidal thoughts as well.

Next: If you have ADHD, you know about this med. 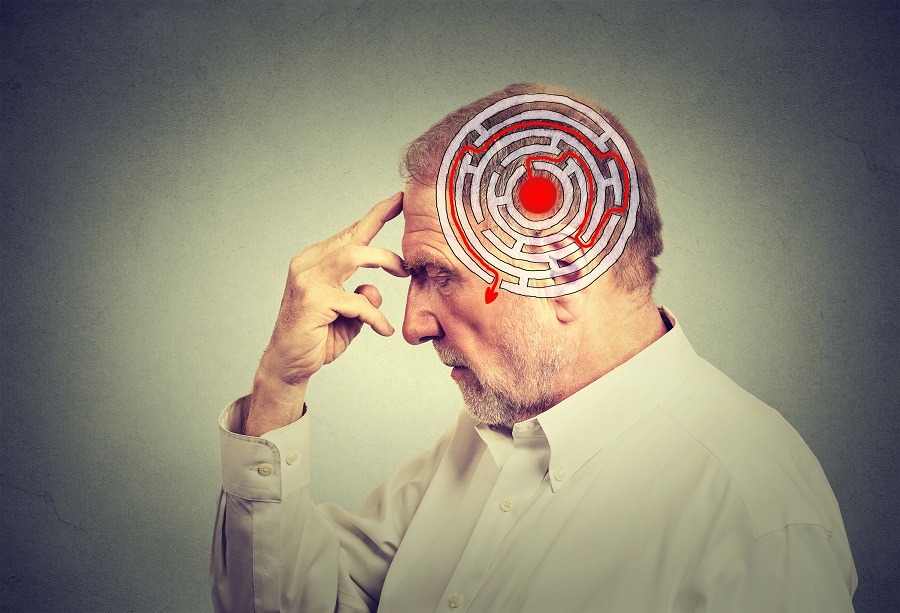 For those with ADHD, Ritalin is a common prescription that can help concentration greatly. But The Fix reports research suggests Ritalin usage could have serious long-term consequences. A study found short-term side effects included nervousness, anxiety, and psychosis. As for long-term effects, the research shows Ritalin could cause clinical depression, or even brain injury, in some.

It’s important to note 3 million children in the U.S. take meds for ADHD, so this is affecting them, too.

Next: Even this Parkinson’s disease medication might not be safe.

Medications on shelves of a medicine cabinet | smartstock/iStock/Getty Images

There’s no cure for Parkinson’s disease, but there are treatments to help with the symptoms — and that’s where Levodopa comes in handy. Parkinson’s occurs when cells in the brain that create dopamine die. AARP explains Levodopa is the most commonly prescribed med for Parkinson’s, as it helps to adjust the levels of dopamine in the brain.

Researchers are finding that prolonged exposure to dopamine, however, may cause depression.

Next: Have heartburn? You’ve certainly been on this medication. 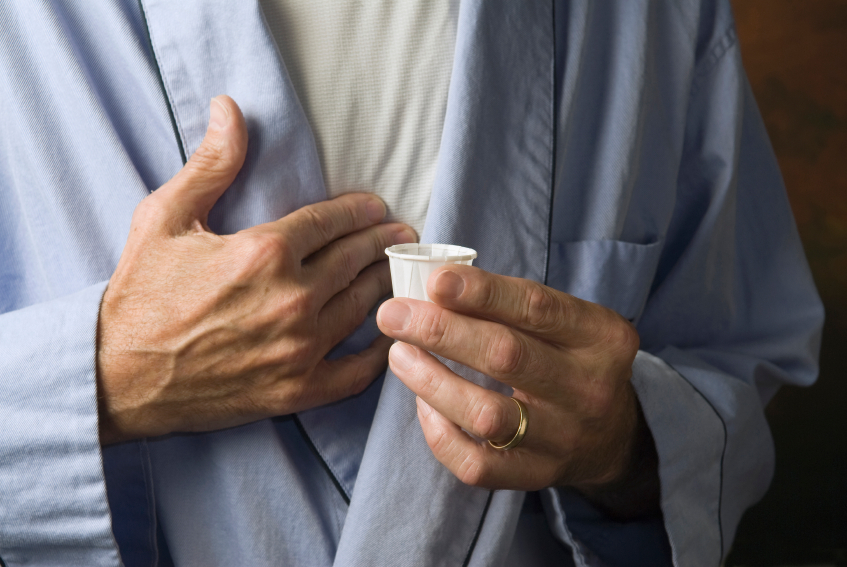 Man in a bathrobe with medication in a paper cup | iStock.com

Heartburn is seriously uncomfortable, and anyone with acid reflux disease knows medication is absolutely necessary. But a study recently found a link between proton-pump inhibitors and depression, Medical News Today reports. Because meds like Prilosec disrupt the gut bacteria, researchers think this is leading to mental health issues. Researchers also think Prilosec may inhibit your body from properly absorbing nutrients, which can lead to problems in the brain.

Next: This medication alters your hormones, which can affect your mental health. 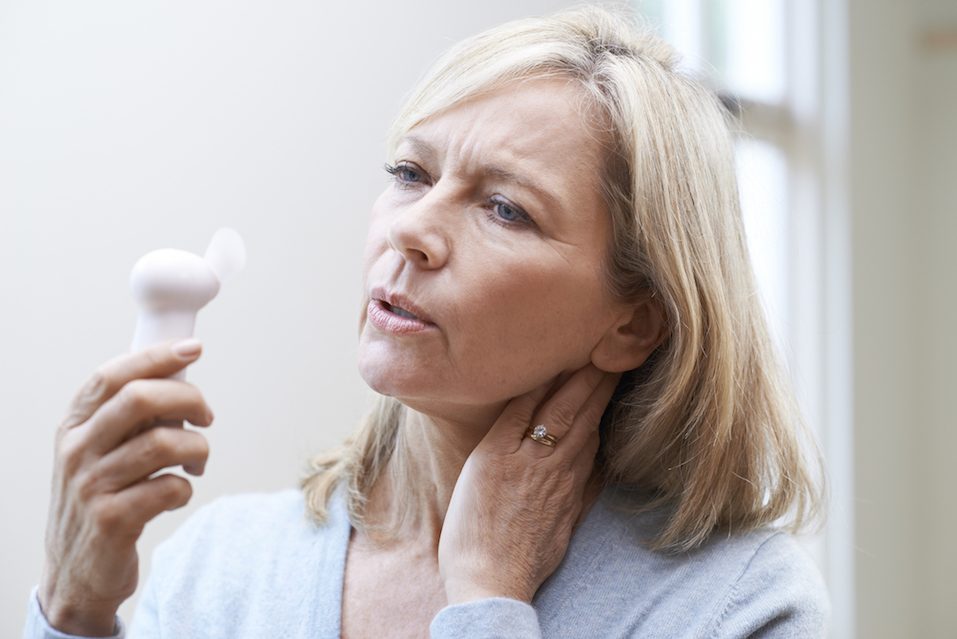 Your hormones affect your body in a variety of ways, so it makes sense that a hormone-altering drug like Premarin can induce depression or cause suicidal ideation.

AARP reports this drug, more commonly viewed as an estrogen replacement, is commonly prescribed to women for hot flashes and uncomfortable symptoms that come with menopause. But altering hormone levels is heavily associated with depression and changes in mental health. This is also why contraception commonly causes depression in young women, too.