The last thing you should fear while grocery shopping is the food making you sick. Sadly, food recalls occur rather often. Foodsafety.gov states if there’s a reason to believe a product is contaminated, it must be taken off the market. These are the most recalled foods, including the most dangerous recall in recent years (on page 10). 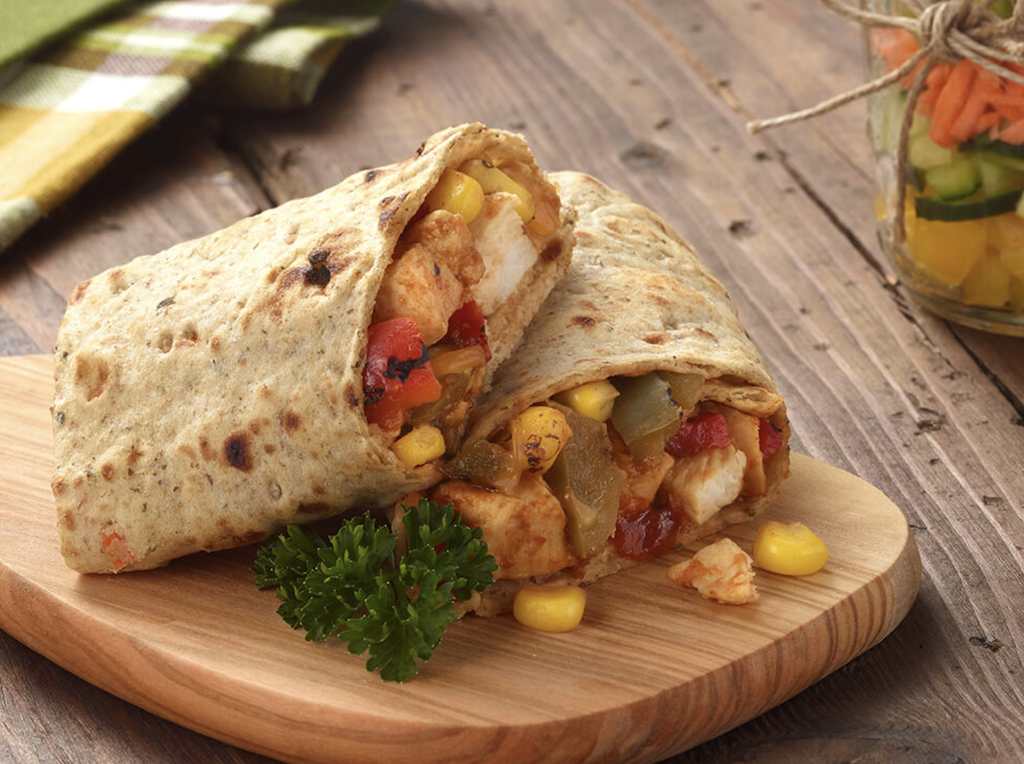 A tasty chicken wrap with a nasty surprise. | Jennycraig.com

Many families’ go-to meals come from trusted frozen-food brands. But multiple recalls have transpired recently. In late 2018, popular weight-loss brand Jenny Craig recalled its Chicken Wrap with Barbecue Sauce because the vegetables could be contaminated with salmonella and listeria. Banquet announced that consumers could find bones in more than 135,000 pounds of Salisbury family-style steak meals.

Another recall occurred when Valley Fine Foods’ chicken primavera and rigatoni with meatballs frozen dinners weren’t fully cooked before freezing, which may spoil the meals.

Next: This tropical fruit is often recalled.

Love this tropical fruit? Make sure your papayas aren’t on the recall list. Many tropical fruits, from dried fruit mixes to fresh versions, have experienced contamination. One major case occurred when maradol papayas from multiple farms in Mexico tested positive for salmonella. If you contract salmonella from this fruit, you can expect diarrhea, fever, and abdominal cramping between one and three days after consumption.

Next: A bun won’t protect you from this food. 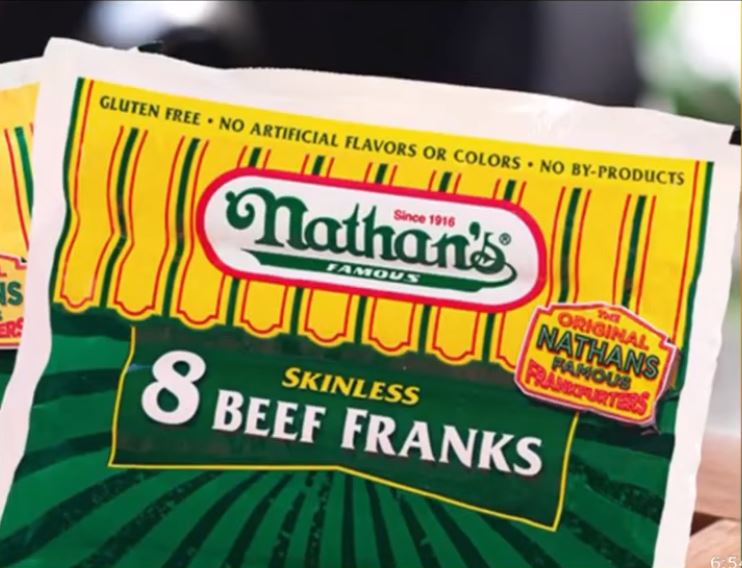 Ketchup, mustard, and … metal with your hot dog? | CBS Boston via Youtube

Hot-dog horror stories are plentiful. Not only do people debate hot dogs being a legit food product — since they’re full of questionable ingredients — but they’ve also been recalled for containing metal and pieces of bone, as well as poisoning consumers with listeria. One well-known case involved Nathan’s and Curtis beef franks. Both brands recalled over 200,000 pounds of hot dogs due to complaints that consumers found metal objects in the products.

Next: Your favorite dip may be on the recall list.

Consider making your own hummus at home. | Robyn Mac/iStock/Getty Images Plus

This beloved party snack has seen its fair share of bad press in recent years. Both Trader Joe’s and Sabra had to recall their hummus products due to listeria contaminations. Another snack brand, House of Thaller, even struggled to keep listeria out of its hummus topping — pine nuts, in this case.

Next: Eat this and you may taste something squishy.

If you live in North Carolina, you should keep an eye out for this beef in your freezer. | Vinicef/iStock/Getty Images

Common issues: E. coli or objects mixed in with the beef

Beef distributors have admitted to many E. coli breakouts in the past few years. A main reason is because E. coli bacteria is found in the stomachs of some cows. We especially have bad news for East Coasters who purchased JBS ground beef: Nearly 5,000 pounds of ground beef may be contaminated with packaging materials, like shredded styrofoam. The recalled beef was produced back in July, so check your frozen meats.

Next: A mega meat supplier snuck in an extra ingredient. 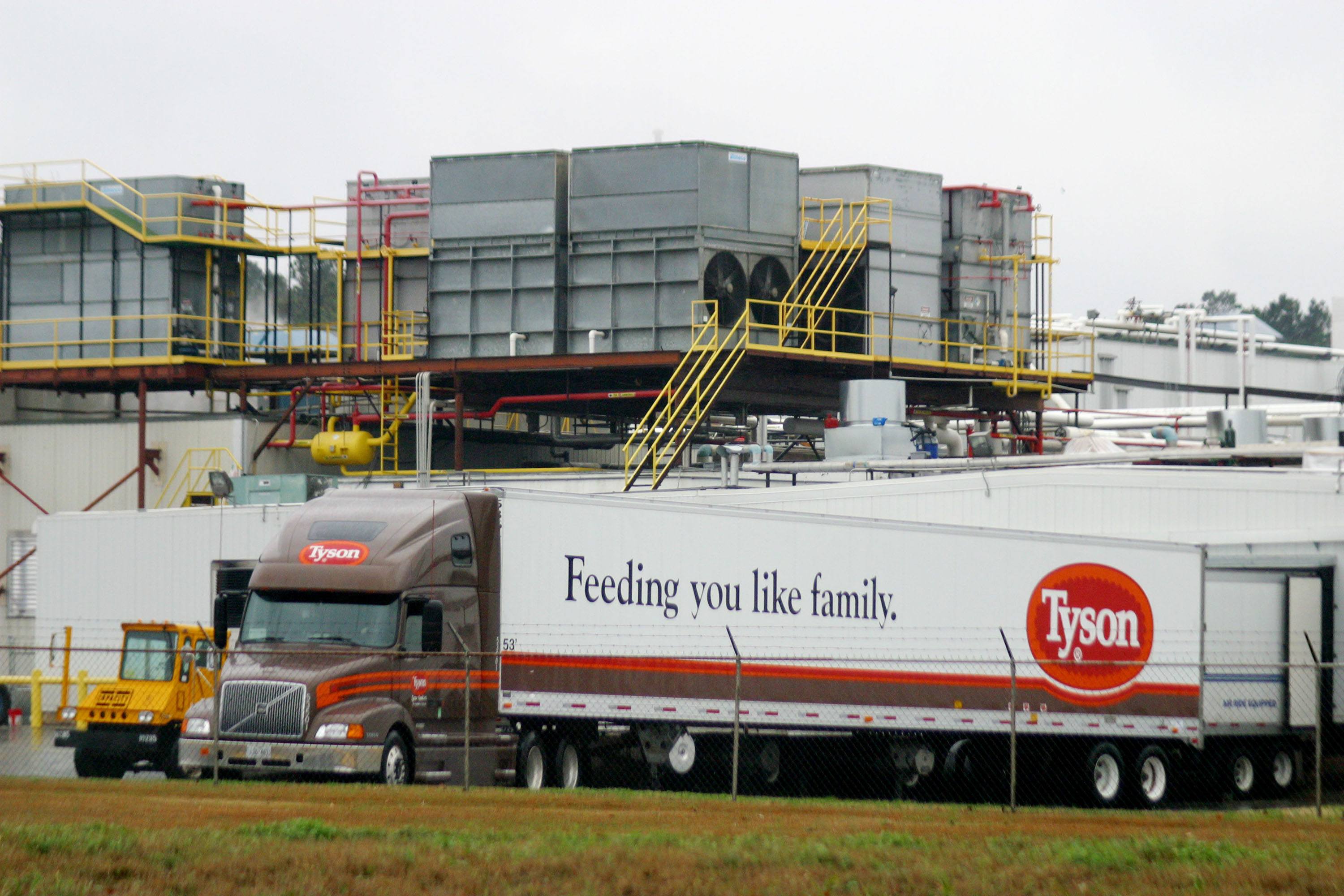 Tyson deals with a lot of controversy. | Mario Villafuerte/Getty Images

Raw chicken can easily become contaminated with listeria or salmonella. Like beef, it must be stored and cooked properly to ensure safe consumption. There have been many recalls on chicken over the years, even for frozen, breaded chicken. Tyson’s frozen chicken didn’t have listeria or salmonella, but the company recalled over 82,000 cases of chicken products in 2017. The packaging doesn’t mention it contained milk, a rather common allergen.

Next: Frozen varieties may seem safer, but they’re not.

We’ve seen many cases of frozen food recalls, especially fruits and veggies, due to listeria outbreaks. Recently, more than 90 cases of listeria contamination were found involving Great Value Organic Dark Sweet Pitted Cherries. Other national outbreaks have included CRF Frozen Foods and National Frozen Food Corp. If you contract listeria as a healthy adult, you’ll likely only suffer short-term symptoms, like high fever and headaches. In young children and the elderly, however, it can be fatal.

Next: A not-so-fun surprise inside 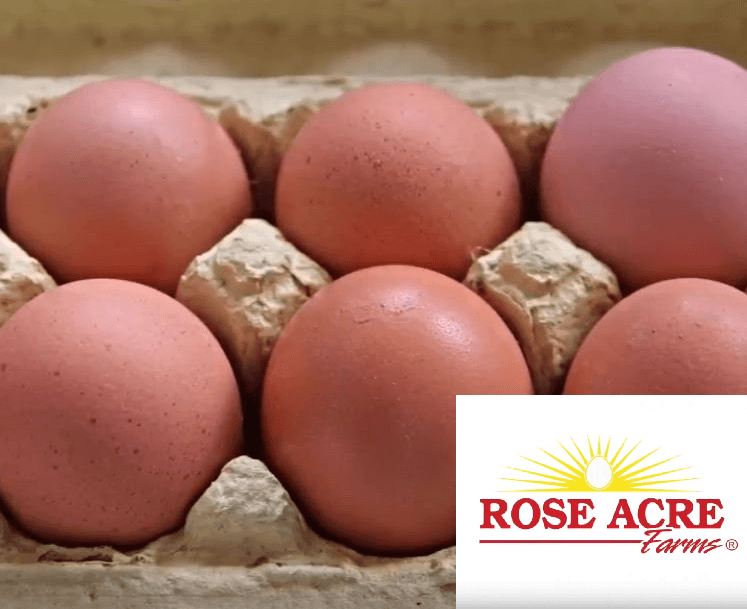 In 2014, the FDA recalled almost 400 million eggs contaminated with salmonella. In 2018, an Indiana egg farm recalled over 200 million eggs tainted by salmonella, according to ABC 7. So far, the FDA has reported 22 illnesses connected to the latter recall. This is a good reminder to always check your eggs for spots or cracks, and keep them in the fridge no matter what.

Next: A big bowl of danger

Those on-the-go salads might be convenient, but you’re better off getting something else. | Philly077/iStock/Getty Images

Pre-made salads contain many ingredients, which give consumers more variety. However, that variety creates more opportunities for contamination. Many pre-made salads have the potential for listeria, given their meat, dairy, and lettuce products.

If you’re a fan of CC Kitchens’ pre-made salads, then you probably remember this recall. The company recalled over 2,000 pounds of salads containing meat or poultry due to listeria concerns. Luckily, the salads only have a six-day shelf life, so the major recall is behind us.

Next: The most famous recall of the past few months 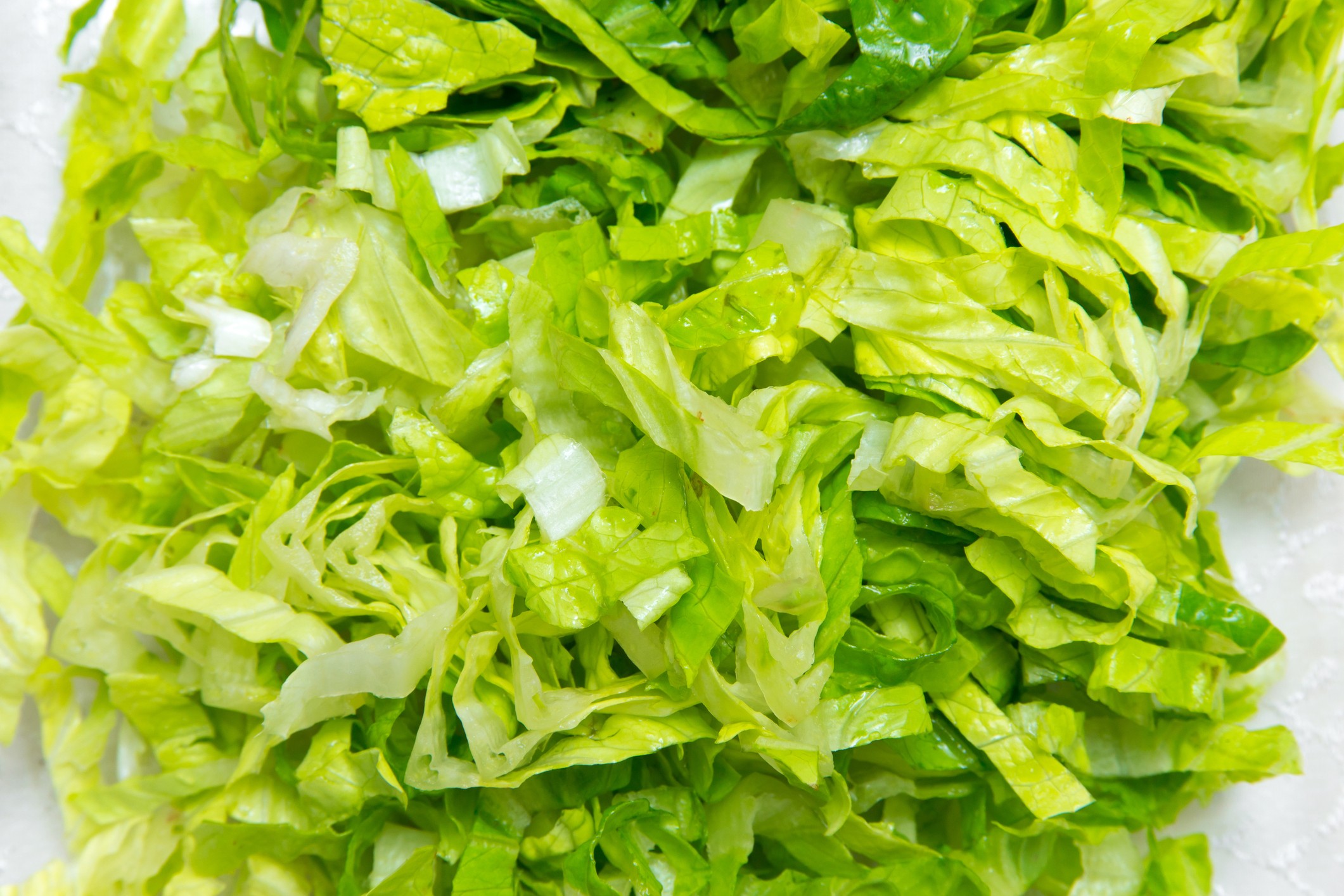 The most famous recall of 2018 may be the romaine lettuce recall involving E. coli. What began in early December 2018 escalated as the farm linked with the main outbreak also began recalling cauliflower, red leaf lettuce, and green leaf lettuce harvested in certain fields. More than 59 people in 15 states fell ill, with at least 23 hospitalized.

Next: This soup company isn’t immune to food recalls. 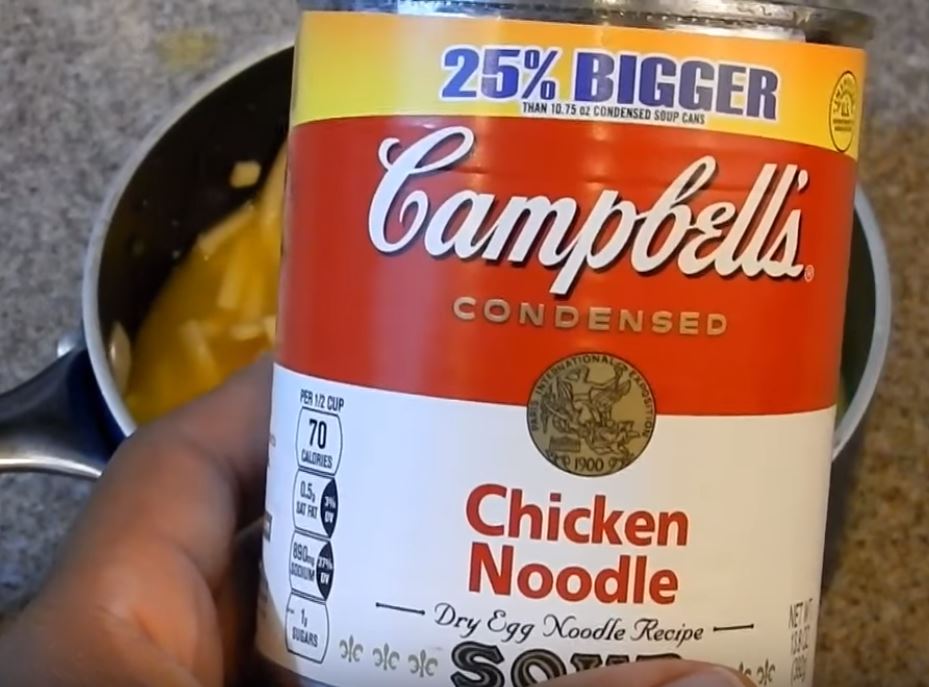 Check your pantry to see if you have Campbell’s chicken soup products, as yours may be recalled. One specific recall happened because the contents were different from the label. The soup contained milk, an allergen not listed in the ingredients. Want to know if your soup was on the recall list? The bottom of the can will show “EST. 4R.”

Next: Gross meaning to the phrase “bursting at the seams” 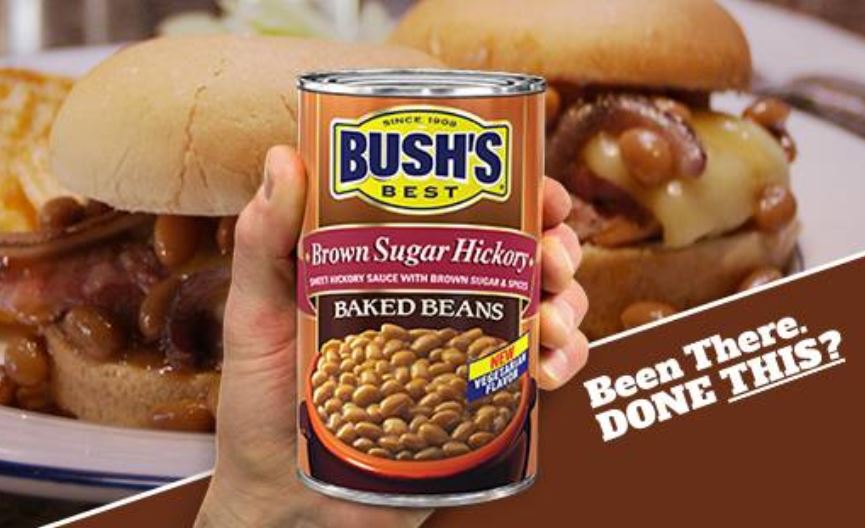 Swap these with safer packaging. | Bush’s Baked Beans via Facebook

This recall isn’t the most serious, but check your cans if you’re a fan of Bush’s beans. The Brown Sugar Hickory Baked Beans, Country Style Baked Beans, and Original Baked Beans could have defective side seams. Discard your cans if you read “Best By” dates show “Jun 2019.” No one has reported an illness from Bush’s products, but better to be safe than sorry.

Unfortunately, you’ll have to steer clear of this brand’s breakfast dish. | MSPhotographic/iStock/Getty Images

Now this is bizarre. Hash browns sold from Harris Teeter or Roundy’s Supermarkets may contain golf ball materials, says CNN. Apparently, the golf ball materials “may have been inadvertently harvested with potatoes used to make this product.” It’s possible this poses a choking hazard. Look for the production code “B170119” on the back of the bag to see if yours is contaminated.

Next: Your favorite snack may not be safe.

You can still pick a bag of these up if you’re in the mood for a crunchy snack. | FritoLay

Next: Re-evaluate your post-workout snack.

Walk away from these protein bars. | Bhu Foods

Another food company that voluntarily recalled its products for possible contamination … The sunflower seeds in Bhu Foods’ protein bars may be contaminated with listeria. To be safe, the company recalled multiple flavors. If you love these products, make sure the ones in your pantry aren’t on the list.

Next: Don’t accept breakfast from this aunt. 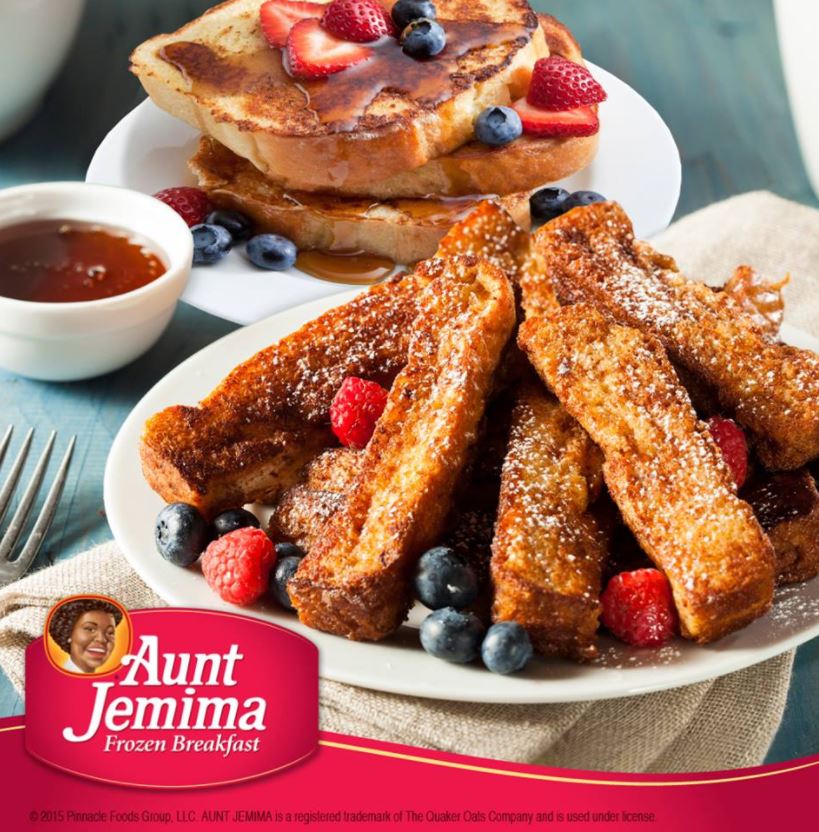 Check your freezer for Aunt Jemima pancakes, waffles, or French toast slices. Back in May, Pinnacle Foods Inc. said these products may be contaminated with listeria. No one reported feeling ill, but they’re taking precautions and warning you against consuming these breakfast foods. If you can’t get enough of Aunt Jemima’s pancakes, use the dry mixes and syrups.

For health nuts, these Organic Matcha Vanilla Oats provided a filling, nutritious breakfast. Unfortunately, you may get more than you bargained for if you purchased yours in July. The oats produced around this time may be contaminated with listeria. If you suspect yours were recalled, look for a sell-by date of May 11, 2018, and this UPC code provided by the FDA.