She initially blamed the feud with old BFF Vicki Gunvalson, but is that the true reason why The Real Housewives of Orange County star Shannon Beador packed on 40 pounds? Early clues point to Shannon’s battle with Vicki, but Shannon wrestled with other demons like coming to terms with her husband David’s marital indiscretion.

Although her marriage seemed to be going in the right direction following a beautiful vow renewal ceremony, Shannon shockingly packed on the pounds when RHOC season 12 premiered. So why did Shannon gain so much weight? It may not come down to just one thing.

1. Shannon was having marital problems

Shannon was struggling with issues in her marriage with David. | The Last News via YouTube

Wrestling with the fact David cheated on her with another woman, Shannon and David try therapy in the hopes they can revitalize their relationship, Us Weekly reports.

The couple seemed to be working through their issues, even renewing their vows during a birthday surprise party, according to People. At this point in Shannon and Vicki’s relationship, the women are no longer speaking. However, that didn’t stop Vicki’s daughter from pondering why Vicki was not invited to the vow renewal.

Next: Things unraveled with Vicki.

2. Shannon and Vicki’s friendship breaks down

They got along swimmingly before the scandal. | Astrid Stawiarz/Getty Images

The friendship fractured when Vicki’s boyfriend Brooks was accused of lying about having cancer, Bravo reports. Vicki felt that Shannon did not have her back during the scandal, pulling away and then publicly blasting Shannon on social media, Radar Online reports.

Next: Vicki goes for the jugular.

The final straw was when Vicki shared private information about Shannon’s marriage with another cast mate. Vicki revealed that David beat Shannon and even claimed to have text messages and photos from Shannon as proof, according to People.

Next: Shannon was at her breaking point and turned to food. 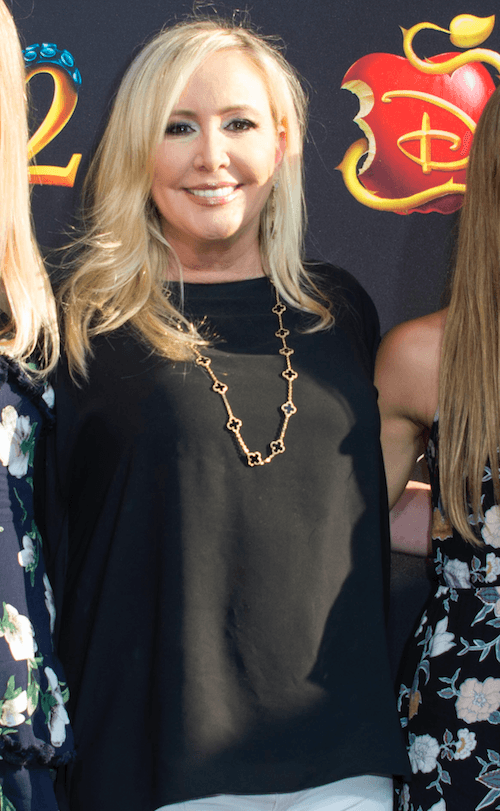 Shannon started RHOC  season 12 battling 40 extra pounds. She said the weight crept up over the course of eight months and felt embarrassed about her body, according to Us Weekly.

Shannon worried her husband was disgusted by her body and pondered if her weight was the reason why her husband became distant, E News reports. Since their vow renewal Shannon said they couple would just “stay clear of each other.”

Next: Why did Shannon think she gained all the weight?

Was Vicki really the one to blame?  | Valerie Macon/Getty Images

After Vicki spread gossip that David beat Shannon, Shannon’s weight began to spiral out of control. “I knew an allegation was put out there about my husband … that stress caused me to eat more, caused me to drink more, and that’s a huge part of why I gained my weight,” Us Weekly recounted from the season 12 premier of RHOC. “My weight gain has affected me and how I feel about myself. I’m embarrassed of my body.”

When confronted with the allegation, Vicki responded, “Well, again, I’m sorry, Shannon, if you think I’m responsible for your weight gain,” she told Bravo’s Daily Dish. “I truly am. But I don’t believe I am. I believe that her marriage and her situation of exposing her marriage problems on TV was also a contributing factor to the stress.”

Next: But maybe the reason goes a lot deeper.

Although Shannon and Vicki are no longer friends, Shannon backed away from blaming Vicki for her weight gain. “I just went off the wagon a little,” she told Us Weekly. “I’m the one that put the stuff in my mouth.”

Next: Shannon is already on the right path to weight loss.

The RHOC star added exercise to her daily routine and a new eating plan, which is helping her reclaim her body. While admitting that working out doesn’t come easy to her, Shannon managed to shed 20 pounds and continues to work toward her weight loss goals.