Once it was announced that Prince Harry and Meghan Markle would be inviting commoners to their royal wedding, we were secretly hoping to receive an invitation. Sadly, we never ended up getting one in the mail — but 1,200 members of the public did.

Those selected invitees were chosen “from every corner of the United Kingdom.” According to The Guardian, they “will get to watch the arrival of the bride and groom as well as their wedding guests, and then the carriage procession as it leaves after the service.”

As it turns out, not just any commoner got invited to Harry and Markle’s special day. Here’s a look at 7 of the inspirational names that made it on the list, including what it really took for them to receive an invitation.

Pamela Anomneze will be attending the biggest wedding of the year. | Africacablenetwork via Instagram

Pamela Anomneze, 52, is among the admirable people who made it onto the guest list. The mother of three works with 306 Collective in London. According to USA Today, the organization “helps people with mental health issues by teaching them to create mugs, jewelry, textiles, and other items.”

Anomneze will be bringing her 15-year-old son, Jude, as well. “He used to watch Suits,” she claims. “When I came home and informed him of the invite he was down on his knees begging to go. He said ‘Oh mum, just to get a glimpse of Meghan Markle!’”

Next: This mother and daughter duo have done impressive work.

These lucky guests will get to experience a once-in-a-lifetime opportunity. | Security Camera via YouTube

Catherine Cooke, 53, along with her daughter, Julie-Ann Coll, 35, will be traveling from Northern Ireland for the royal wedding. Cooke was selected for her work with country-wide women’s groups, while Coll works with Life After Loss. She joined this child bereavement support group following the tragic loss of her 22-week-old son.

Next: He’s had an incredible journey by age 18.

This teen earned an invite through his charity work. | Kai Fletcher via Twitter

Kai Fletcher is only 18 years old, but just three years prior, he was living on the streets. The struggles he endured inspired him to pick his life back up, and he now works with a charity in Bath, England called Southside.

Fletcher told Bath Chronicle, “Southside gave me a life, better hope, and encouraged me.” Now, his inspirational path has earned him a spot at Harry and Markle’s royal wedding.

Next: Harry has ties to this commoner. 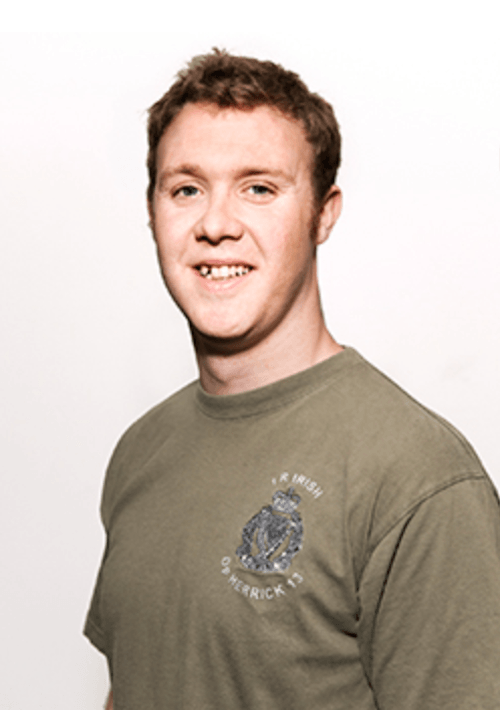 This soldier does a lot for his community. | Soldier’s Charity

Harry has special ties to Northern Ireland’s Phillip Gillespie, 30, who earned a spot at the royal wedding. Both served in Afghanistan, but Gillespie lost his right leg in an explosion. Now, Gillespie raises funds for ABF The Soldiers’ Charity.

According to BBC, Gillespie took part in trials for the next Invictus Games, including rowing and archery. Harry founded the competition for wounded service men and women, as well as veterans, in 2014.

Gillespie called his invitation to the royal wedding a “massive privilege,” expecting it to be a “huge spectacle.”

Next: He’ll be celebrating his anniversary on the same day.

An exciting opportunity for this hard-working teacher. | BBC News North East via Twitter

David Gregory, 28, has made molding young minds his life’s mission. The teacher from northeaster England “is a driving force behind efforts to get students more engaged with science, technology, engineering, and mathematics,” according to USA Today.

Gregory’s wife, Hannah, will be accompanying him to the wedding — which just so happens to fall on their own wedding anniversary weekend.

“We’d always planned on celebrating our one-year anniversary as you’d expect, but I don’t think it could have been any more perfect,” Gregory told BBC.

Next: She went through something traumatic at a young age.

Amelia Thompson lived through something no 12-year-old should have to. She was among the fans at Ariana Grande’s Manchester concert in May 2017, where a suicide bomber killed 22 people.

Thompson chose to bring Sharon Goodman as her guest. She is the grandmother of Olivia Campbell-Hardy, a 15-year-old who lost her life in the attack.

Next: This inspirational woman had the sweetest message about Harry and Markle.

Amy Wright, a 26-year-old from Annan, Scotland, is excited to have earned a spot at the royal wedding. As a charwoman of the board of directors at The Usual Place cafe, she “provides training and job opportunities for young people with additional support needs,” according to BBC.

Wright expressed, “I think it is very selfless and amazing that Prince Harry and Meghan Markle have decided that they want to — as part of their celebration — have members of the public there.”