Despite the fact that her father reigns as president of the United States, many fail to realize Tiffany Trump even exists. Donald Trump’s youngest daughter has often been called the “forgotten Trump” — especially considering his eldest three children are typically in the limelight.

Donald Trump Jr., Ivanka Trump, and Eric Trump — the president’s first borns — even tried to cut Tiffany out of their father’s will. Ivanka and Tiffany have since rectified their relationship. But even so, it seems like her half-siblings wanted to pretend she didn’t exist.

There’s a lot more to Tiffany than meets the eye. Here are some fascinating things you probably never knew about her, including her many hidden talents, the name of her friend group, and proof she’s definitely not all about politics.

1. She took a shot at modeling She modeled at New York Fashion Week in 2016. | Tiffany Trump via Instagram

Keep an eye out for Tiffany on the runway! In 2016, she made her debut into the fashion world at New York Fashion Week. She modeled a friend’s fashion line at the Just Drew show, and she looked surprisingly poised for being a rookie. She wore a navy blue tuxedo dress, black tights, and booties. Who knows? Maybe she’ll follow in the lead of Ivanka’s fashion career.

Next: How Ivanka helped her get a foot in the door of a famous company

2. Ivanka got Tiffany her Vogue internship

It really could have been Ivanka pushing Tiffany to try out modeling, given she’s introduced her younger sister to fashion in another way. Tiffany interned at Vogue, but it was all thanks arrangements made by Ivanka.

Tiffany even landed a summer internship at Warby Parker, a popular eyewear company. So she’s definitely getting her experience in the industry.

Next: Tiffany always wanted to be famous.

3. She even gave singing a try 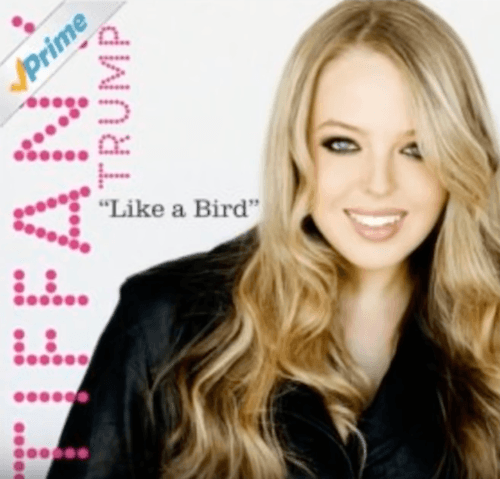 You can’t say Tiffany hasn’t explored plenty of career options. At 17, she released a dance song, “Like a Bird.” If you’re feeling tempted to look it up, don’t worry — we’ve already found it for you.

Next: Her ex-boyfriend supported another presidential candidate.

4. She dated a Democrat

If there’s one thing that isn’t a relationship deal-breaker for Tiffany, it’s politics. Ross Mechanic, who Tiffany started dating in 2015, is reportedly a Democrat. Mechanic accompanied her to the 2016 Republican National Convention in Cleveland, so they clearly didn’t let their differences get in the way — at least, until their reported March 2018 breakup. However, he did support Hillary Clinton, too.

Next: She’s super close with this person.

5. She’s super close with her mom

She has always stood by her mom’s side. | Theo Wargo/Getty Images

Given Tiffany was raised in California by her mother, Marla Maples, they’ve always been extremely close. The two love going on vacation together and have proven their bond with some mother-daughter selfies on Instagram.

Maples definitely threw some shade at her ex-husband (Donald Trump) by telling The New York Times, “I had the blessing of raising her pretty much on my own.”

Next: But she still helped her father.

6. She helped out on her father’s campaign

She hasn’t always been close to her father and siblings. | Michael Buckner/Getty Images

Despite the shade thrown by her mother, Tiffany actually helped her father during his campaign trail. According to Medium, she “[showed] up a bunch of times at various locations around the country.”

Maples continued, “Only now, he’s not in the office anymore. He’s on the campaign trail.” Given that Tiffany ended up joining him, we hope she feels a closer family connection.

Next: This is how Tiffany really followed in her father’s footsteps.

7. She went to the same college as her dad

She attended The University of Pennsylvania. | Mike Coppola/Getty Images

After all, Tiffany did follow in her father’s footsteps in attending the University of Pennsylvania. Trump doesn’t boast about his daughter often, but he did brag about her grades to the press: “She’s got all A’s at Penn, so we’re proud of her.” Tiffany graduated in spring 2016, with a dual degree in sociology and urban studies.

Next: She’s not as spoiled as you might think.

Even though Trump did pay for Tiffany to go to college, she’s otherwise received little financial support from the billionaire. Ivanka actually addressed the awkward topic in her book, The Trump Card: Playing to Win in Work and Life. She stepped in to convince their father to help out a little more:

All she wanted, really, was a way to enjoy some of the privileges her friends got to enjoy, in the same way she would have enjoyed them if she’d lived under our father’s roof. … I went to our father and suggested he think about surprising Tiffany with a credit card for Christmas, with a small monthly allowance on it. Sure enough, he did just that. Tiffany was thrilled and relieved. And so appreciative.

Next: The famous pack of people she hangs out with

9. She hangs out with New York’s ‘Snap Pack’

She has some very rich and famous friends. | Gustavo Caballero/Getty Images for Vivienne Tam

Whether or not Tiffany received as much money as her siblings, she still definitely has “rich kid” status. In fact, according to Vogue, “She’s a member of New York’s ‘Snap Pack,’ the Insta- and Snapchat-obsessed group of society scions immortalized by The New York Times.”

Next: The surprising habit she shares with most Americans

She doesn’t need to ride first class all the time. | Alex Wong/Getty Images

One obvious sign that Tiffany wasn’t raised too closely by her father? She’s totally cool with flying coach. According to Cosmopolitan, Lara Maggs revealed that “unless she’s with her dad, she’s happy to fly coach. When we flew together from Philly, we were in the middle seats at the back of the plane.”

Next: The shocking way she got her first name

11. She was named after one of Trump’s favorite deals

Leave it to Donald Trump to name his child after a business conquest. This one, in particular, refers to the landmark jewelry store. Tiffany’s mother, Marla Maples, told The New York Times that their only child together was named after one of the real estate mogul’s favorite deals. Trump purchased the air rights above the Tiffany’s store in Manhattan, so he could build Trump Tower.

Next: Tiffany was left out of the party once Trump got elected.

12. She’s the only one of Trump’s adult children he didn’t name to his transition team 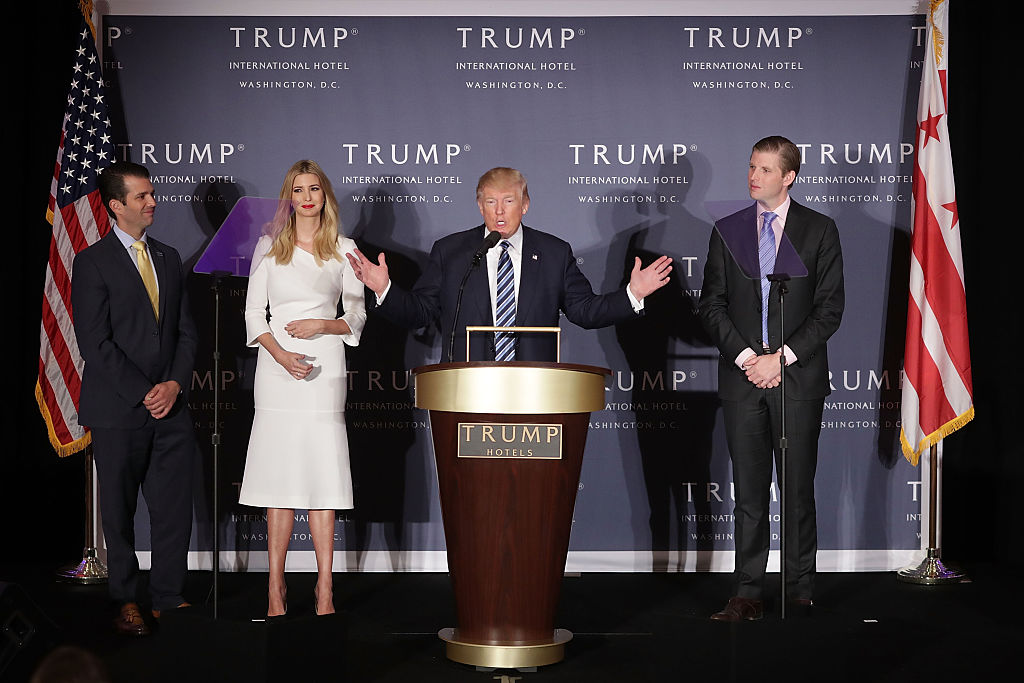 The ethically and legally questionable moves throughout Trump’s campaign, election, and first few months of his presidency have been widely publicized. And when he announced his family members would be working hand-in-hand once he took office, that didn’t sit well with much of the American public. So it was probably a blessing that Tiffany wasn’t involved in this political mess.

“First, Trump’s lawyer said that the president-elect’s fortune would be put in the hands of his three oldest children — Donald Jr., Ivanka and Eric Trump,” The Washington Post reported on Nov. 18, 2016. “The following day, all three were named to Trump’s transition team, helping him pick who will run his administration.” Of course, that would have been a very, very tall order for someone who’d just graduated college, so it does make sense why Tiffany wasn’t included on this team.

13. She was acquainted with the Kardashians

Tiffany and her mother associated with one of the most fascinating family empires of our time: the Kardashians. Marla Maples was friends with Kris Jenner, so Tiffany knew the family while she was growing up in Calabasas, California.