Tiger Woods Claims Buddhism Is the Secret to His Golfing Success (Plus, How It Helps Curb His Serial Infidelity)

Tiger Woods is one of the most familiar household golf names of all time. But he saw his share of scandals over the years. Woods, a practicing Buddhist, credits his religion for giving him the focus he needed to find success in golf. And check out pages 4 and 5 to see how his religion has helped with his serial infidelity. 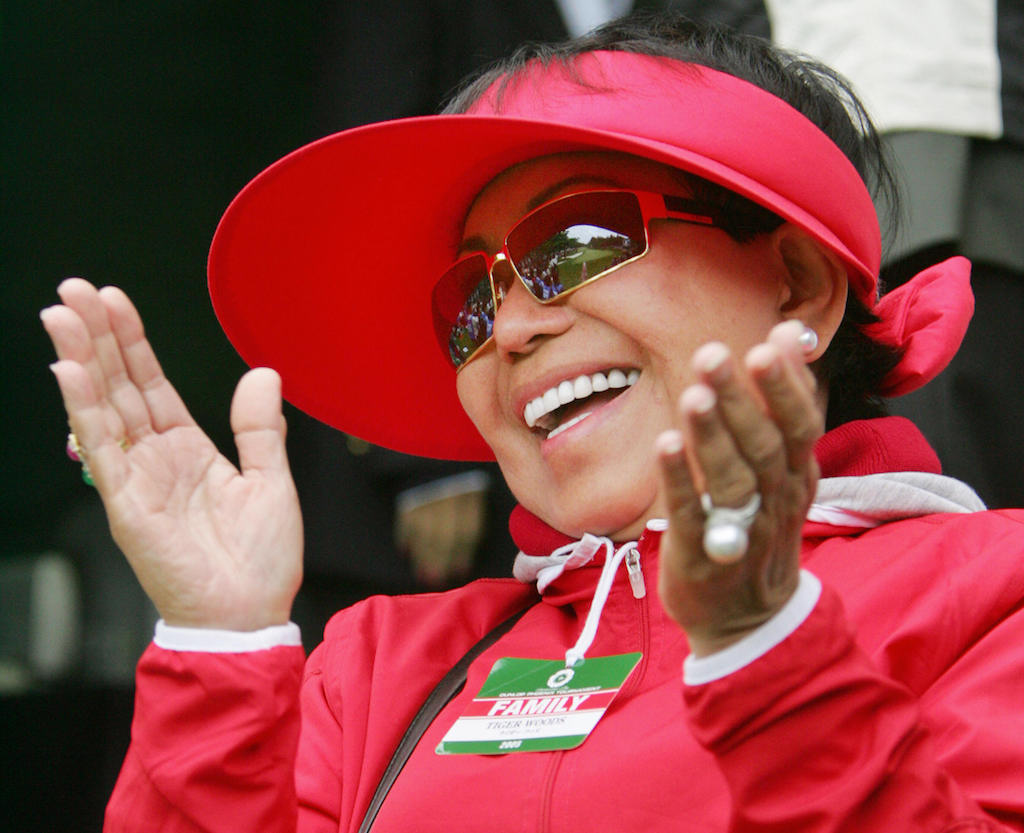 Woods grew up a Buddhist, and he was raised practicing the religion. His mother practiced Thai Buddhism, and he often attended Temple with her. He said his mother taught him the religion from a young age. Woods didn’t discuss his religion much during his professional career until his cheating scandal erupted. (Read more about his apology on page 6.) Woods also reportedly slept near a Buddha growing up that was given to him by his grandfather. Sports Illustrated reported in 1996 that he also wore a Buddha necklace.

Next: Here’s what Buddhism actually is.

Buddhism is rooted in spiritualism within yourself 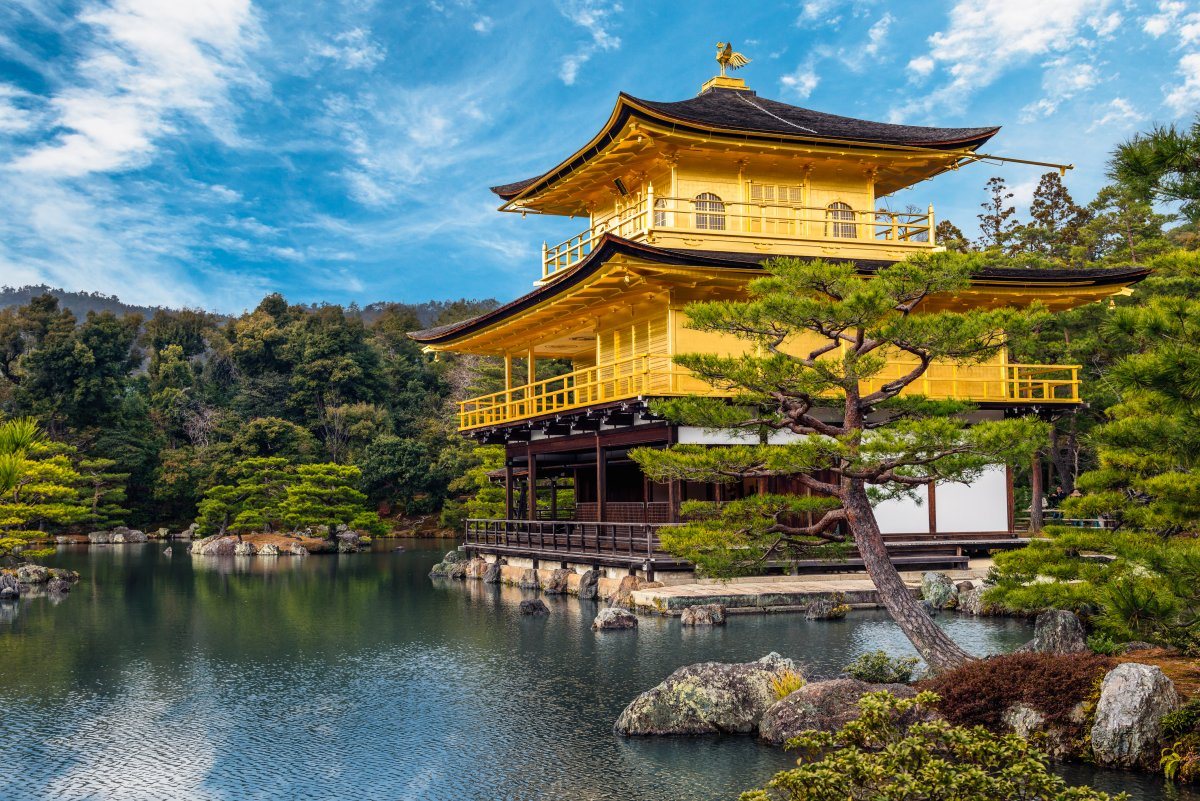 Buddhism is based on discipline and personal responsibility. | Vincent St.Thomas/Shutterstock.com

According to thebuddhistcentre.com, Buddhism uses practices like meditation as means of changing oneself to develop the qualities of awareness, kindness, and wisdom. There is no “creator god” worshipped in Buddhism. It encourages people to be fully responsible for their lives. “It’s based on discipline and respect and personal responsibility,” Woods once told Sports Illustrated.

Next: Here’s why Woods credits Buddhism for his golf game. 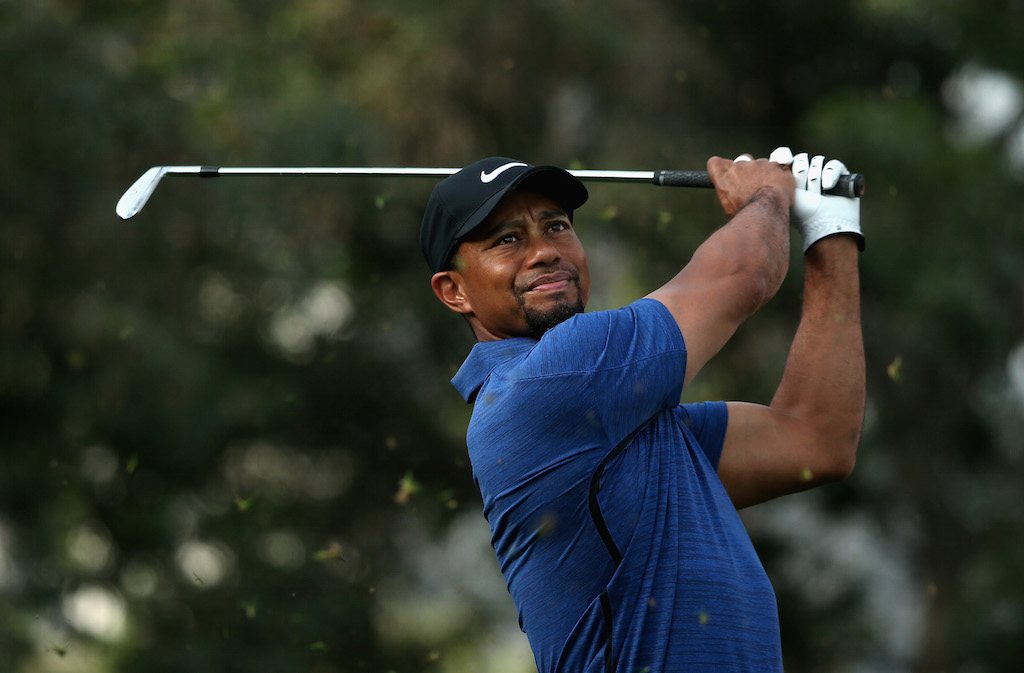 Buddhism has helped him find a center in his life. | Francois Nel/Getty Images

Woods’ mother was a Thai Buddhist, and she showed him the ways of the faith. In previous interviews, Woods credits both his mother and Thai Buddhism for helping him achieve the focus he needed on the golf course. He also said Buddhism has given him focus throughout his life. And, after a scandal erupted in late 2009, he has used Buddhism to help him with his serial infidelity.

Next: Here’s how Woods turned to Buddhism during his cheating scandal.

Woods also uses Buddhism to help with his infidelity problem

Woods has used his faith to get past his infidelities. | Harry How/Getty Images

In late 2009, women began coming forward about having had alleged affairs with Woods, who was married to Elin Nordegren at the time. The couple has two kids together. Over the next year, Woods’ life unraveled. And he used Buddhism to help him pick up the pieces. Woods also attended in-patient therapy to help with his infidelity and said Buddhism would help him find happiness within himself and not crave anything on the outside.

Next: In his public apology to his wife and fans, Woods mentioned Buddhism as his guide.

Woods invoked his faith during his public apology 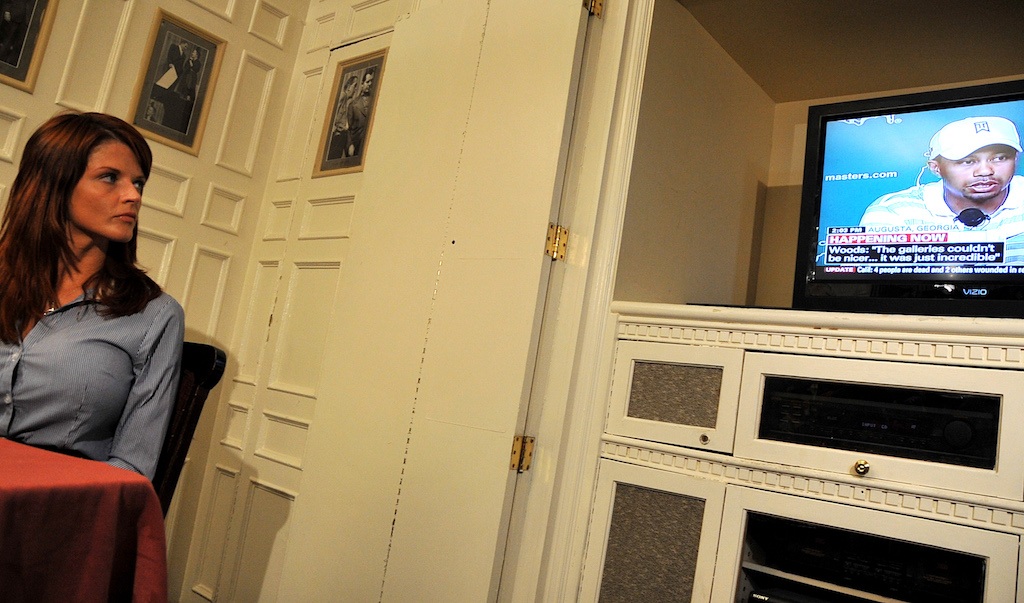 Woods made a public apology in February 2010 to his wife, his fans, his family, and anyone else who believed in him for years. And during that speech, he explained that he had turned a blind eye to the Buddhist faith he’d been taught growing up. “I have a lot of work to do, and I intend to dedicate myself to doing it,” he said in the apology. “Part of following this path for me is Buddhism.” He said he lost track of what he was taught and began to crave things outside of himself, which led to a pointless search for security. He vowed to get back to his Buddhist roots to help heal.

Next: One analyst took a jab at Woods’ religion, suggesting he turn to Jesus instead.

Forgiveness and redemption are core components of the Buddhist faith

Forgiveness and redemption are important components in Buddhism. | Timothy A. Clary/Getty Images

When Woods gave his apology, Fox News analyst Brit Hume said Woods needed to turn to Christianity instead to seek forgiveness. But John Kornfield, a Buddhist teacher in California, told CNN otherwise. “You’re always beginning again in the Buddhist tradition,” he said. He also said forgiveness and redemption are two key components to Buddhism. “You see that you’re causing harm, you repent and ask forgiveness in some formal or informal way, and you start again.”

Next: After taking a long break from golf, Woods returned feeling better than ever.

He returned to golf in 2010, making his post-scandal debut at the Masters

His return to the Masters didn’t go so well. | Kevin C. Cox/Getty Images

Woods took a few months off before finally returning to the sport. He made his new debut in Augusta, and although he didn’t win, he held his own. He tied for fourth, but the public still hadn’t forgiven him for what he had done. Plus, Woods wasn’t ever satisfied with anything less than a win, so the Masters debut didn’t go over too well.

Next: Today, Woods is finally in a good place.

Today, Woods has put ‘everything negative behind him’

In many ways, Woods is back on the right track. | Kinnaird/Getty Images

In April 2018, People interviewed those close to Woods, and they said he is doing much better than he was years ago. “He’s putting everything negative behind him: The scandal, the DUI, everything. He’s a new man,” one source told the magazine. Woods also suffered back pain that he has recently come back from. And although he didn’t win the 2018 Masters, he’s hoping to at start life all over again with a special thanks to his Buddhist faith.