Suicide is one of the leading causes of death in the United States, impacting thousands of people and their loved ones every year. Whether it impacts your favorite character on TV, a celebrity you admired, or a loved one in real life, it’s sometimes too familiar. Robin Williams’ death is just one example of a widely beloved figure we lost too soon.

His passing was tragic. The way it was talked about in the weeks following, it turns out, might have made it even worse.

The comedian and actor died by suicide on August 11, 2014 at the age of 63. At the time, he suffered from dementia symptoms, depression, and paranoia, though his widow said it was his declining cognitive function, not his mental health, that eventually led to his death.

Next: Robin Williams’ death might have had an unintentional side effect.

More than once, data have shown that widely-reported celebrity deaths have a negative impact on the entire population. It seems that the more media coverage that surrounds this type of tragedy, the more we’re affected by it — sometimes in the worst way possible.

A study out of Korea, for example, found that suicide rates in the country increased noticeably after news coverage of a celebrity taking their own life. This happens more often than you might think.

Next: This isn’t a new phenomenon. 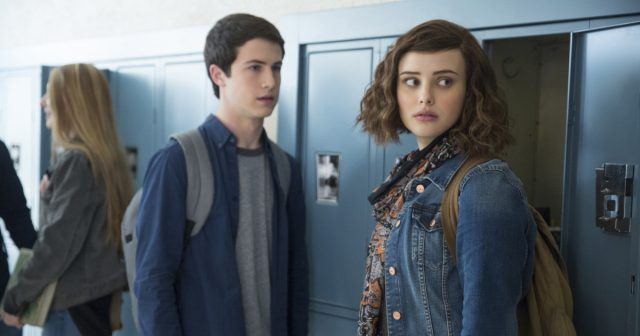 Mental health experts and critics were concerned about copycat suicides inspired by the show. | Netflix

When 13 Reasons Why first premiered on Netflix, researchers looked at Google Trends to see if the show’s portrayal of suicide led to an increase in “copycat” attempts. While their data can’t say for sure whether or not the show caused an increase in suicides, the effect is a real possibility.

Next: His death might have inspired something even more tragic.

Was this a coincidence? Researchers are not sure | Carl Court/AFP/Getty Images

Research suggests there may have been an increase in suicides in the U.S. specifically following Robin Williams’ death. Looking at rates from August to December of that year, more suicides were reported than usual. The “media” may have played a bigger role than they meant to.

Next: It’s such a problem that the government had to get involved.

There are rules about reporting celebrity suicides in the news

The media is supposed to follow strict guidelines when reporting on suicide. | Kevin Winter/Getty Images

This is enough of a predictable issue by now that the World Health Organization has put strict guidelines in place for talking about these types of celebrity deaths in the media. They ask members of the media, for example, not to talk about the methods a person used to complete suicide.

These guidelines should discourage the public from considering suicide themselves, though reporting doesn’t always follow them closely enough.

Next: We only hear about a handful of tragic deaths that occur.

Suicide is responsible for over 40,000 deaths every year

It’s one of the leading causes of death in the United States. In 2015, about 44,000 people died by suicide. Suicide rates in men are highest among those aged 75 or older, but it impacts all ages, genders, ethnicities, and races.

Next: You can help keep someone safe if they’re talking about suicide.

The best way to prevent suicide is to get help

Help is available for you or a loved one. | KristinaJovanovic/iStock/Getty Images

It’s not always depression that prompts a person to even consider suicide. But regardless of the reason, the best preventative method is to get help immediately. If you or someone you know might be thinking about suicide, call the National Suicide Prevention Hotline. They will connect you with a local crisis center and take care of you, or help you care for someone else.