Every year, people spend a considerable amount of time pondering whether they should get a flu shot. Maybe the reason they spend so much time weighing the decision has to do with all the misinformation out there. After all, no one wants to get injected with something they think could adversely affect their health. The tricky part is figuring out what’s fact and what’s just a bunch of crap, which is where we come in. 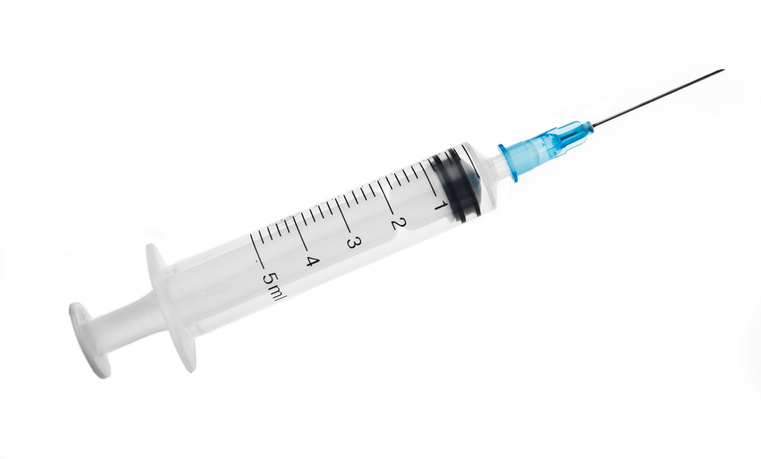 The following information only pertains to the flu shot. | iStock.com/lendy16

Notice we’re only talking about the shot. That’s right, no nasal sprays. In June 2016, the Centers for Disease Control and Prevention (CDC) released a report explaining data showed the nasal mist was only 3% effective among children between the ages of two and 17 for the 2015-2016 flu season. This means a shot in the arm is the only way to go. With that in mind, here’s what you need to know about getting a flu vaccine.

Truth: You have more than one option

There is more than one fish in the sea when it comes to flu vaccines. | iStock.com/the_guitar_mann

While you might not be able to choose between the nasal spray and a good old fashioned syringe to the upper arm, you do still have a decision between multiple versions of the flu vaccine. Medscape details each of the six different options, which include versions that protect against three strains and ones that protect against four. There are also more specific options for those over the age of 65 as well as people who are allergic to eggs.

Lie: It can cause you to get the flu

No need to worry about being stuck in bed with a fever. | iStock.com

Perhaps the top reason preventing people from getting vaccinated is the idea it can actually cause the flu. This myth has been around for decades and it’s just not true. The CDC explains flu vaccines made with the virus contain strains that are inactive, meaning they’re not potent enough to do any damage. That being said, it’s possible you will experience some symptoms. The most common ones are redness and tenderness around the point of injection and, in some cases, a mild headache or low fever.

Truth: It offers good protection against the flu

You have a good chance of staying healthy through the winter. | iStock.com

The exact efficacy varies from year to year, but the flu vaccine can be quite helpful for prevention. The CDC tracks the data every year, which you can see over on the website. Some vaccines have clearly been duds, though many years show protection rates around 50%. That may not sound terribly impressive, but cutting your odds of spending a week in bed feeling terrible is probably a good idea.

Lie: It can prevent colds

You can still get the sniffles. | iStock.com

Because the vaccine is formulated to guard against the most active influenza strains every year, it only offers protection against the seasonal flu. Though colds are also caused by viral infections, keeping yourself protected is a lot more difficult. The reason? There are more than 200 different viruses that can lead to colds, according to Prevention. Your best bet for steering clear of a cold is practicing good hygiene. This means regularly washing your hands and keeping them off your face.

Truth: You need a new one every year

You have to get a new flu vaccine every season. | Jessica Kourkounis/Getty Images

Even if you got a flu vaccine last year, you need to get another one in order to protect yourself in the coming months. The specific vaccine formula is only designed to protect against the most active strains, which vary from year to year, so last year’s dose probably isn’t going to work.

Lie: You should wait until flu season peaks to get it

Months and dates shown on a calendar. | iStock.com/BrianAJackson

Some folks think they should hold out on getting a shot until well into the flu season (which is fast approaching), reasoning it will ensure they get full protection. This isn’t the best idea, though. Dr. Susan Rehm, an infectious disease specialist, told WRAL News, “It takes at least two weeks for antibodies to show up after the vaccine’s been given.”

So, getting a shot late in the season means you’re really putting yourself at risk. That being said, there are also medical professionals who worry people are getting the vaccine far too early. As a general rule, you should get your shot sometime between Halloween and Thanksgiving.

Truth: There are some people who shouldn’t get the flu vaccine

Very young children should not get the flu shot. | iStock.com

Though the general population is totally in the green, the CDC acknowledges there are a handful of people who shouldn’t receive the flu shot: children younger than 6 months old and those with severe allergies to specific ingredients in the vaccine. Those with egg allergies and anyone with a history of Guillain-Barré syndrome, which Mayo Clinic describes as a disorder that causes your body’s immune system to attack your nerves, should speak with their doctor before getting a shot.

You’ll find blog after blog talking about the toxic ingredients in flu vaccines, and they claim everything from mercury to formaldehyde. This information is seriously skewed. USA Today explains one of the ingredients in the vaccine is made from a type of mercury, but it isn’t the toxic kind most of us think about. As for formaldehyde, it is true the vaccine contains some. It’s not even remotely problematic, though, because our bodies naturally have a small amount anyway. The concentration in the vaccine is too small to have any effect.

Truth: Flu vaccines are crucial for those with heart disease

Flu and heart health are more connected than you think. | iStock.com

Getting the flu when you’re perfectly healthy is a bummer. Getting the flu when you have a heart condition is much more serious. According to Mayo Clinic, those with cardiovascular disease are more likely to develop complications from the flu, including pneumonia and heart attack. Contracting the virus can also make a pre-exisiting condition worse, so getting an annual flu shot is really important for people with heart problems. There’s even some research indicating the vaccine may reduce your risk of a cardiovascular event.

You might still get sick, but it’ll probably be a lot more manageable. | iStock.com

Whoever started the rumor about flu shots suppressing the immune system needs to brush up on their facts. WebMD says this idea is nothing more than a myth, explaining the vaccine simply prepares your body for the virus by teaching it what to recognize. This doesn’t guarantee you’ll avoid getting the flu, but the story says there’s a good chance the vaccine can make the illness milder than it otherwise would have been. That’s certainly better than nothing.