The gym is one of the best places to access a variety of fitness tools and even build friendships. Though there’s a lot of good you can gain from workout facilities, you also have to be on the lookout for bad information, especially when it comes to strength training.

Many guys are all too eager to share their secrets to getting ripped. The thing is, most of these men make claims without the requisite knowledge to back them up. Just because somebody told you they were able to gain 20 pounds of pure muscle in a month by following some strange rule doesn’t mean it’s true.

Weeding out some of the bolder claims might be easy, but a lot of myths become common knowledge despite faulty reasoning. You may have even spouted off some false statements yourself without realizing it. It’s time to clear things up. We tackle seven of the most common myths about how to build muscle, so you can stop wasting time and start seeing results.

1. You have to eat loads of protein to see results 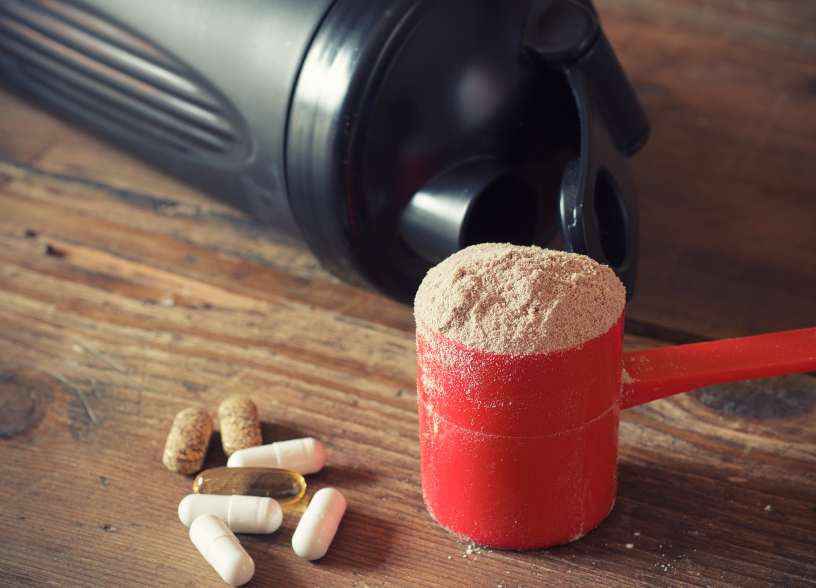 You don’t need to load up on protein in order to build muscle. | iStock.com

Our bodies build and repair muscle tissue through something called protein synthesis. Not surprisingly, protein is the key nutrient for fueling this process, which explains why serious lifters consume so many shakes and chicken breasts. John Ivy, Ph.D. and co-author of Nutrient Timing, told Active, “You don’t need exorbitant amounts [of protein] to do this.”

Don’t be surprised to hear the dreaded “C” word; carbohydrates are just as important for getting stronger. Without the energy you get from this food group, you won’t be able to power through intense workouts. Carbs also play a huge role in the recovery process as they help replenish your body’s glycogen stores after exercise.

Overdoing protein can also have some negative consequences. WebMD explains that going overboard on this nutrient can cause a toxic buildup of ketones, an alternative source of fuel the body creates by breaking down fat when there’s an inadequate supply of carbohydrates. This buildup stresses your kidneys as they work extra hard to flush the substance out of your body, leading to dehydration. It can even cause heart stress and muscle loss. 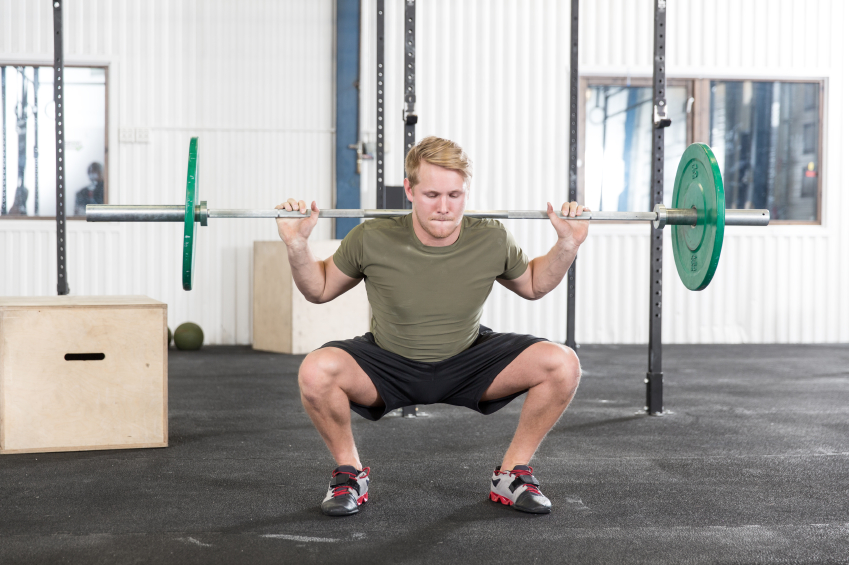 It will take a combination of things to build muscle. | iStock.com

This myth has been around for ages and many still adhere to it, but building strength is a lot more complicated than a two-step approach. Muscle & Fitness explains that you need to vary weight, repetitions, speed, and technique to get the best results. One 2012 study from the The Journal of Applied Physiology directly compared the two approaches to determine which was most effective for building muscle and found that both techniques yielded the same results.

As for lifting lighter weights at a high volume to define muscles, we can spot the flawed logic pretty easily. Guys with incredibly defined muscles look the way they do because of their percentage of body fat. You can be strong as an ox, but no amount of repetitions with light weights will chisel your body if you’re carrying around extra weight.

3. You can crunch your way to a six-pack 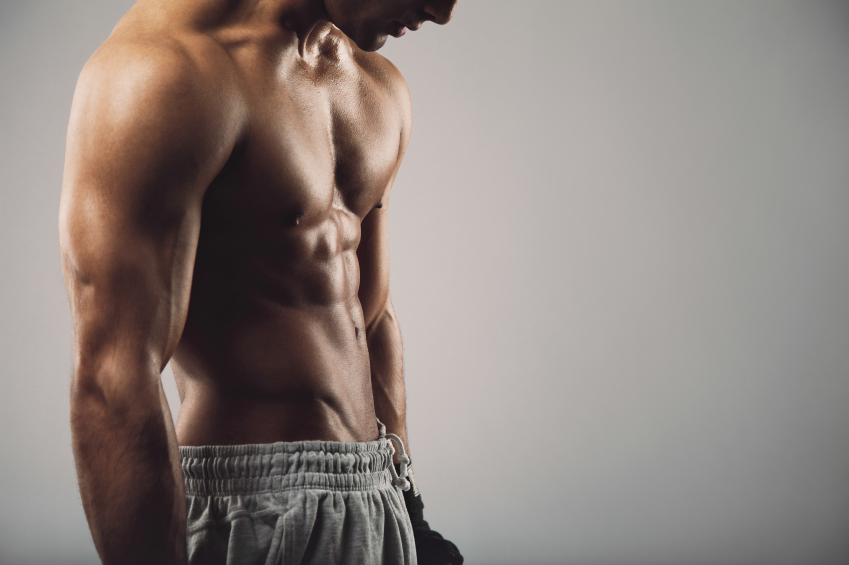 Crunches on crunches are not going to sculpt your abs. | iStock.com

Scoring a sculpted midsection has a lot more to do with fat than it does the actual muscle. Everybody has abs, they’re just usually covered up with a bit of extra insulation. Our bodies like to store fat around our midsection, making it impossible to crunch your way to the stomach you want. According to Men’s Fitness, the best routine to get a toned core incorporates interval training, proper carbohydrate fueling, adequate sleep, and effective strength training.

Crunches can also do more harm than good. Most guys cup their hands behind their head when they perform the move, often relying on their arms to assist them as they sit up. This can be seriously hard on your neck and back. You’re better off going for planks.

4. The more often you lift, the bigger you’ll get 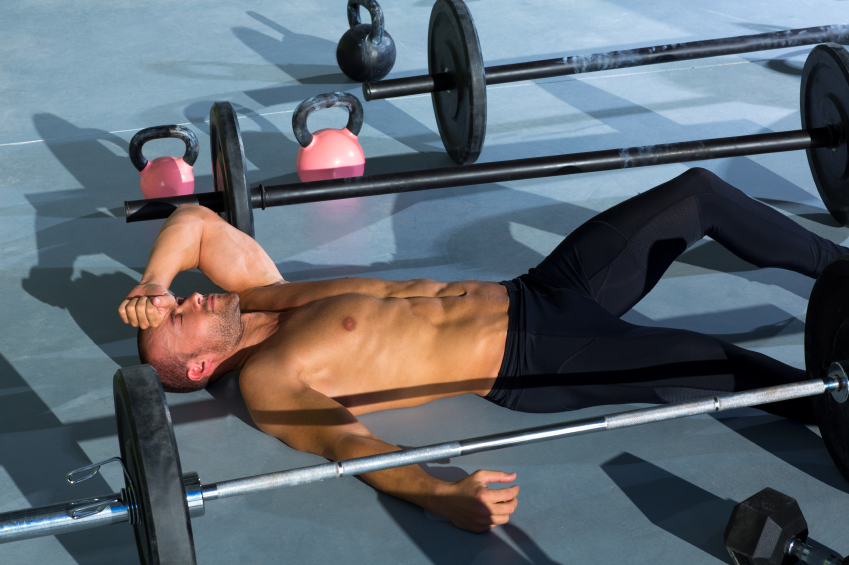 You have to rest your muscles to see true gains. | iStock.com

Back in the 18th century, Benjamin Franklin wrote, “There are no gains without pains.” Somewhere in time, the phrase morphed into “no pain, no gain” and the workout world has never been the same since. Though it’s true you should push yourself to improve, going too far leaves many people overtrained and injured. Dr. Brian Parr, an exercise and sports science associate professor at the University of South Carolina Aiken, told Lifehacker, “The idea that exercise should hurt is simply wrong. Muscle pain during or following an exercise usually suggests an injury.”

That’s not to say you shouldn’t experience some discomfort, though. If you’re starting a new routine or switching to some different strength-training moves, expect to be sore for a few days. The key is differentiating between a minor ache and a true injury.

It’s also important to remember the role rest plays in building strength. Without scheduling time to recover, your muscles will never be able to fully repair themselves. Bodybuilding.com says this will result in “zero growth and perhaps even losses.”

5. You need to fully exhaust one muscle group per day 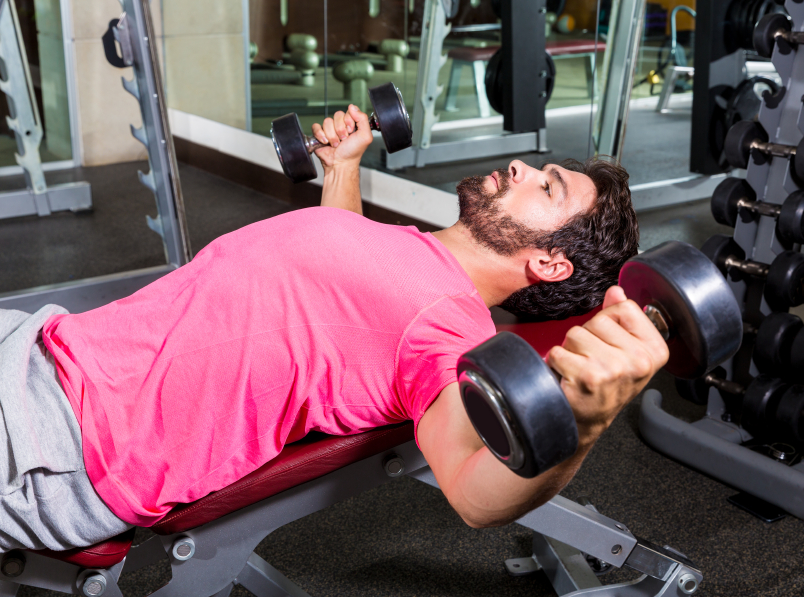 You don’t need to fully exhaust one body group every day in order to build muscle. | iStock.com

Conversations around the locker room usually revolve around what day it is, as in “back day” or “arm day” — a classic approach gym rats have used for years. The idea is to fully work one muscle group to achieve the best results, but it’s not very efficient.

Cutting down on the amount of time you spend lifting also means you’ll be ready to work those muscles sooner. According to Men’s Fitness, this strategy allows you to work the same muscle group two times per week as opposed to just once. The shorter workout time also means you’ll get out of the gym faster.

6. Lifting weights can turn your fat into muscle and slacking off turns muscle into fat 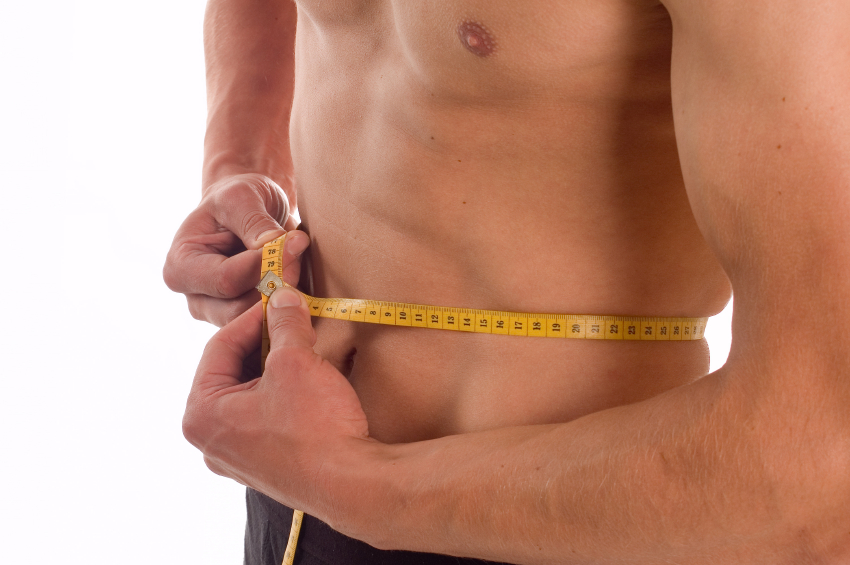 Fat and muscle are two categorically different types of tissue. No matter what you’ve heard, it’s impossible to turn one into the other. If you go for a long period of time without working on strength, your muscles atrophy, meaning they shrink.

Think about someone who’s had their leg in a cast for several months after breaking a bone. Once the cast is removed, that leg will be significantly smaller than the other. The muscle cells aren’t gone, they’re just smaller.

Nutrition plays an important role in the balance of muscle and fat. Competitor.com explains that you need to consume a lot of calories to support strength training, but you’ll gain weight if you maintain that diet without hitting the gym. The muscle will still be there, but it will be masked by the additional fat. 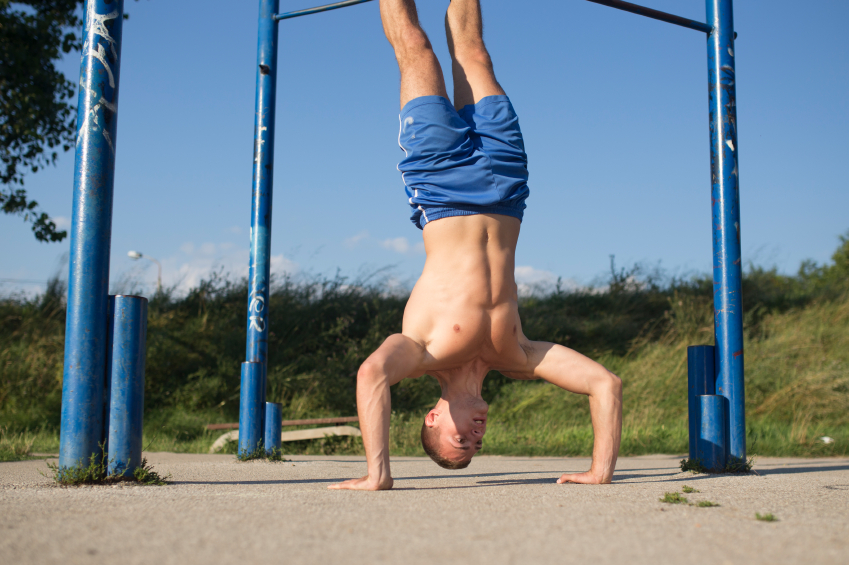 Many guys stay away from bodyweight training, fearing they won’t be able to get stronger or build muscle. But the term is a misnomer. It should really be called bodyweight and gravity training, because there are tons of ways to drastically increase the intensity of moves when the basics become too easy. Need an example? Check out Dallas Cowboys wide receiver Dez Bryant performing hanging sit-ups. You can find even more examples of “gravity training” at Muscle For Life.