Ask any colleague about how much sleep they typically get, and you’ll probably get a nasty glare as they slurp down a cup of coffee. Work, socializing, and family commitments all contribute to a general state of sleeplessness across the country. A study released by the Centers for Disease Control and Prevention (CDC) earlier this year reported about one-third of Americans don’t get the recommended seven hours of sleep every night. Even worse, nearly 12 percent of those who responded said they don’t get more than five hours per night, so sleep deprivation is still very much a problem.

Most would be happy to snooze a little bit longer, but it can be a real challenge when you have a busy schedule that pulls you in so many different directions. Though it might seem like an impossible battle, you can ward off exhaustion by incorporating a nap into your routine. Don’t worry if you can’t afford a luxurious break in the middle of the day, because even a short rest period can make you feel more awake. Prevention reported that 10 to 20 minutes is sufficient for most people. Take a little time to snooze and you’ll reap these five health benefits. 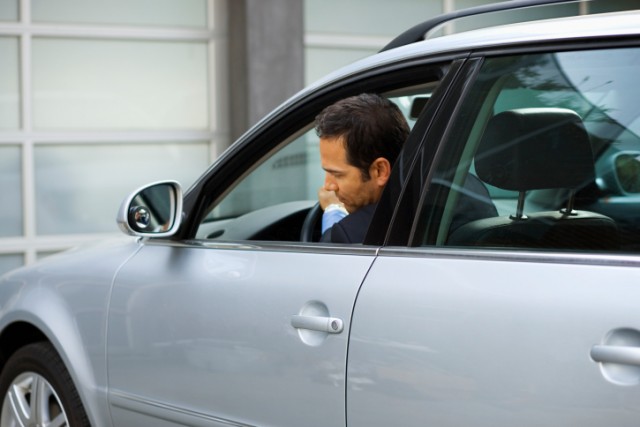 Naps can help you stay alert while you commute to and from work. | Thinkstock

It might sound obvious, but one of the best reasons to sneak a little nap into your day is it makes you feel more energized. Harvard Medical School reported a brief nap is a great way to combat midday grogginess. In fact, the article noted that a 2008 British study found sleeping for a brief period of time was a more effective boost than downing a cup of coffee. The most important takeaway is keeping it short, because anything too long will leave you feeling groggy. It could also mess with your nighttime sleep cycle, which is only going to make you more tired in the coming days.

Being more alert will certainly make you feel better, but don’t forget about the impact your lack of sleep may have on others too. According to the CDC, sleepy drivers account for up to 6,000 fatal car accidents every year. If you work with any type of machinery, drowsiness could be just as dangerous. Nodding off for even a second could lead to an accident. 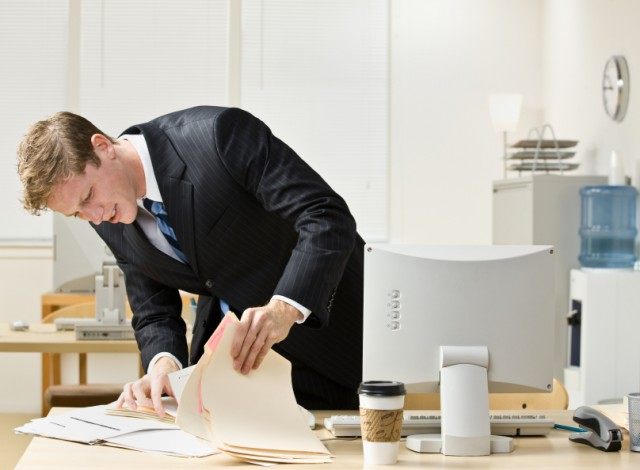 Napping might help you remember where you put those files. | iStock.com

Running on too little sleep for too long can lead to a sense of fogginess. If you’ve ever spent fifteen minutes frantically trying to find your notes for an important meeting only to realize you were holding them in your hand the whole time, then you’re familiar with the feeling. Taking a short break to catch some shut-eye could be exactly what you need to boost your brain power. Lifehack explained that rest can help your brain clear out and enable you to better remember long-term information. Again, this applies to something kept to just 20 minutes.

If you’re lucky enough to have a long lunch break, you might want to consider sleeping for even longer. The Huffington Post reported findings from a German study that found individuals who took an hour-long nap performed five times better on memory tests than those who skipped the snooze. It might be worth it to grab a quick bite to eat and then nap, rather than spend a long lunch break at a luxurious restaurant.

Medical professionals talk about the importance of heart health for overall longevity. Typically, their advice falls in either the diet or exercise category. It turns out that sleep might be just as important for your ticker, though. Everday Health explained that our heart rate drops when we sleep, so the muscle doesn’t have to work nearly as hard as it does while we’re awake. The article mentioned a study found an increased risk of heart disease among adults who get less than six hours of sleep per night.

Not all hope is lost for those who average six hours of sleep per night, because napping can seriously help out your heart. One study involving more than 23,000 men found those who napped regularly experienced a reduced risk of death from heart disease. While more studies are necessary for more conclusive results, taking a load off your heart for even a brief period of time isn’t a bad idea.

Everyone can stand to unwind. | iStock.com

Stress isn’t always a bad thing. Mayo Clinic said the hormone associated with this feeling, cortisol, alters the way the body functions. That can be critical in a fight-or-flight situation where certain nonessential functions would otherwise slow you down. When that stressed feeling persists for too long, you’re at risk for scores of health complications. You can fight back with sleep, though. According to Prevention, napping can cut cortisol levels in half.

When looming deadlines and last-minute projects have you feeling frazzled, taking a snooze might be your best bet. Stepping away in general will likely help you clear your head. You’ll feel better and perform better.

Being sleep deprived can ruin your mood. | iStock.com

It’s no surprise that constant fatigue can leave you feeling kind of bogged down. You’ve probably noticed in your everyday life that you tend to be happier when you’re more rested. Time revealed that when we’re exhausted, it’s much easier for us to process unpleasant thoughts than happy thoughts. The article references NurtureShock, which explained negative thoughts are processed in a different part of the brain than happy ones.

Sleep deprivation impacts the region associated with happy memories, leaving you with just the gloom and doom. There’s even some research to support taking a brief nap can give you a mood boost. If you’re having a crummy day, a 15-minute snooze could be exactly what you need to turn it around.