Focusing on beefing up your arms? You’ll be able to build a solid foundation of muscle using the traditional big lifts like bench presses and military presses. But what if you want to really see some explosive bicep, tricep, and forearm growth? You’ll want to add some curls to your arm workouts — curls that will spur growth, help you achieve the gains you want, and ultimately help you build bigger muscles.

Of course, it’s important that you follow all of the key rules that lead to growth and bigger muscles — namely, that you follow a strict diet, get enough sleep, and stick to your workouts. But if you’re serious about getting bigger arms, trying outsome different curl variations is the next step.

Bulk up your arm workouts

Try out multiple arm workouts to see which ones are right for you. | iStock.com

Not sure where to start? Adding some bulk to your arm workouts — and your arms — starts by checking out the variety of lifts and different exercises out there. As far as curls go, there are tons of different options. Try some out, see what provides a challenge, and results. Mix some of these curl variations into your workouts, and you’re likely to see some arm growth in no time.

Here are 10 different ways to do curls that can help you achieve your goals.

The barbell curl is the default curl, and the lift that you should start out with if you’re inexperienced. As you’ll see in the video tutorial, you’re going to use a barbell (with a weight load that you’re comfortable with), and simply bring the bar up to your chest from the hanging position. This is as simple as it gets, provided you have access to a barbell. 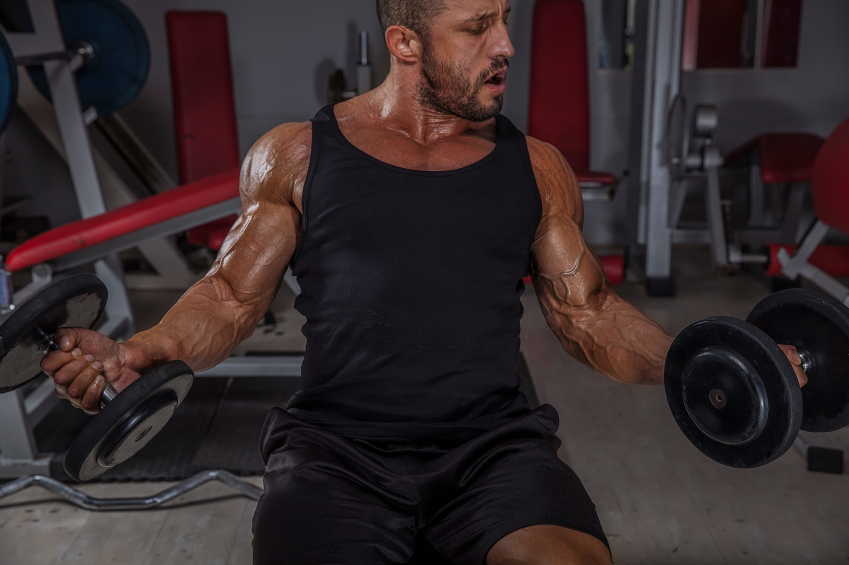 This lift is a good alternate to the barbell curl. | iStock.com

This is an alternative to the barbell curl, and is exactly the same with the obvious difference that you’ll be using dumbbells instead of a barbell. If you don’t have a barbell, dumbbells will also suffice, so find the load you can work with. From there, do the same lifting motion: from hanging at your hips, up to your chest.

The first variation of the traditional bicep curl we’ll dip into is the wide-grip curl. If you’re looking to get more specific in the muscles or parts of your arms that you’re targeting, switching up your grip and hand positions can go a long way. The video above will go into further detail. 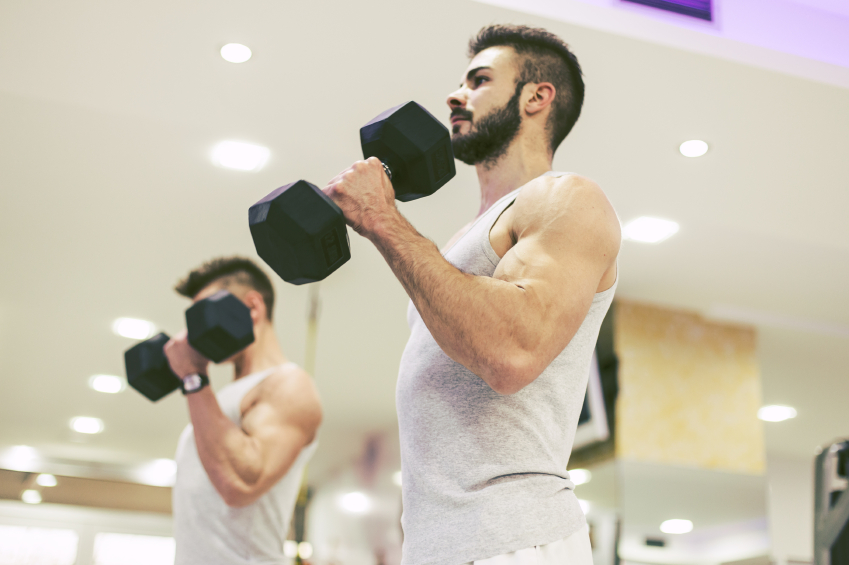 The hammer curl is a lot like the traditional dumbbell curl. | iStock.com

The hammer curl isn’t as difficult or intimidating as it sounds — in fact, it’s more or less exactly like a traditional dumbbell curl, with a slight twist at the end. That’s a literal twist, or a lack of one. Instead of bringing your palm straight toward your face at the end of the curl, you’ll keep the barbells and your hands parallel to each other. It’s the same motion as swinging a hammer, if that helps you visualize the lift.

It has a strange name, and can be a little awkward the first time you do it, but the Zottman curl, as seen in the video tutorial above, is more or less a simple dumbbell curl with a rotation at the apex of the lift. Bring the dumbbells up to your chest, rotate the dumbbells around, and then bring the weight down. Then, rotate back around.

For the incline or decline curl, you’re basically only adding a bench into the mix. Grab a bench, and set it at a decline. From there, just perform the basic dumbbell curl. The decline (or incline, depending on which one you’re doing) forces you to use your muscles in different ways, helping you break through any plateaus.

This curl variant is as EZ as it gets.

The main difference between the traditional barbell curl and the EZ bar curl is the bar itself — so, you’ll need access to an EZ bar. If you have one, you can change up your stance and grip with ease, allowing you to do numerous different lifts. Check out the video above for a rundown.

With the split jack curl, you’re going to be adding some lower body motion into the lift. The video above shows you how to do it, but be careful the first time you try it out. It’s a bit of a strange movement, and you can get thrown off easily. It’s essentially doing dumbbell curls while performing a lunge.

Another curl variant that incorporates the lower body, the squat concentration curl is pretty much what it sounds like: a body squat with dumbbell curls blended in. Be careful of your balance with this one, and be sure that your squat technique and form is dead on. Once you’re in the squat position, curl the weights up to your chest.

Finally, the reverse-grip curl is fairly simple. Using a barbell or dumbbells, you’ll want to do a traditional bicep curl, only you flip your grip on the bar. It’ll sort of feel like you’re doing a power clean — but instead of going all-out, just do a curl as you would normally. Your forearms will bear the load, in this case, and you should feel it after a couple of reps.