The decision of Donald Trump to sit down with Kim Jong Un marks a milestone — the first time a sitting U.S. president meets with a North Korean leader. A flurry of preparations were underway prior to the two leaders sitting down together in Singapore. Kim was even said to have packed his own toilet. Menu-wise, each leader has a penchant for particular culinary delights. If provided with their favorite meals, the two may be better negotiators.

As you can imagine, the food might be a key factor in the historic meeting’s success. Here we’ll take a look at the leaders’ favorite foods that just might be on the table when the two get together. 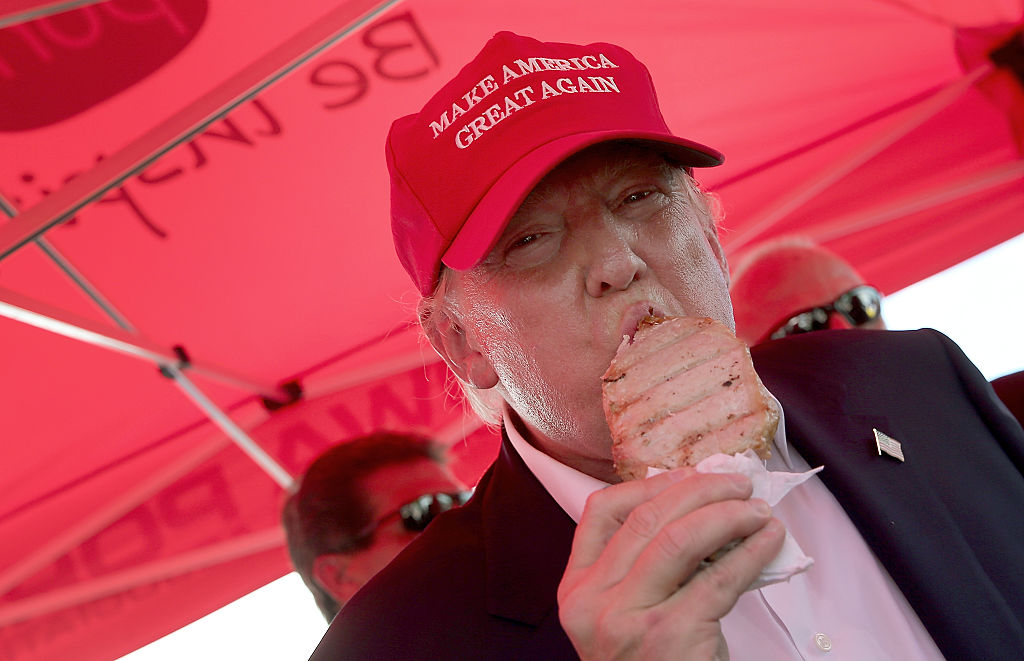 Summit chefs, take note: One of Trump’s self-professed favorite foods is the meatloaf sandwich. He and his wife Melania Trump appeared with Martha Stewart on her TV show in 2005 to make the dish. “Oh, that is good looking,” Trump noted, while eyeing the cooked meatloaf, which he sampled. “Mmm, it tastes just like my mother’s meatloaf. She used to do a great job,” he said.

In addition to a slice of meatloaf, the trio also stuffed their sandwiches with red onions and mini dill pickles, served on thickly-sliced sourdough bread.

Next: A meal served at Trump Tower Trump’s love for taco bowls made headlines during the 2016 campaign. | Donald J. Trump via Twitter

If the two leaders want to take a quick lunch break, taco bowls — a favorite of Trump — would be a convenient option. The president enjoyed this meal when he worked in Trump Tower. In 2016, he shared a photo of himself eating one at his desk. “The best taco bowls are made in Trump Tower Grill,” he tweeted. The $19 menu item contains ground beef, pico de gallo salsa, guacamole, iceberg lettuce, sour cream, and cheddar.

Next: A fast food favorite Trump enjoys fried chicken, and if it can be prepared similar to that of Kentucky Fried Chicken, he’ll give it a gold star. In 2016, he tweeted a photo of himself on his plane ready to dive into a big bucket. KFC was one of Trump’s “4 major food groups” while campaigning, according to former aides Corey Lewandowski and David Bossie.

Trump would likely be happy with any type of fast food for the main meals or even breaks between meetings with Kim. In addition to KFC, he also loves McDonald’s and Burger King. 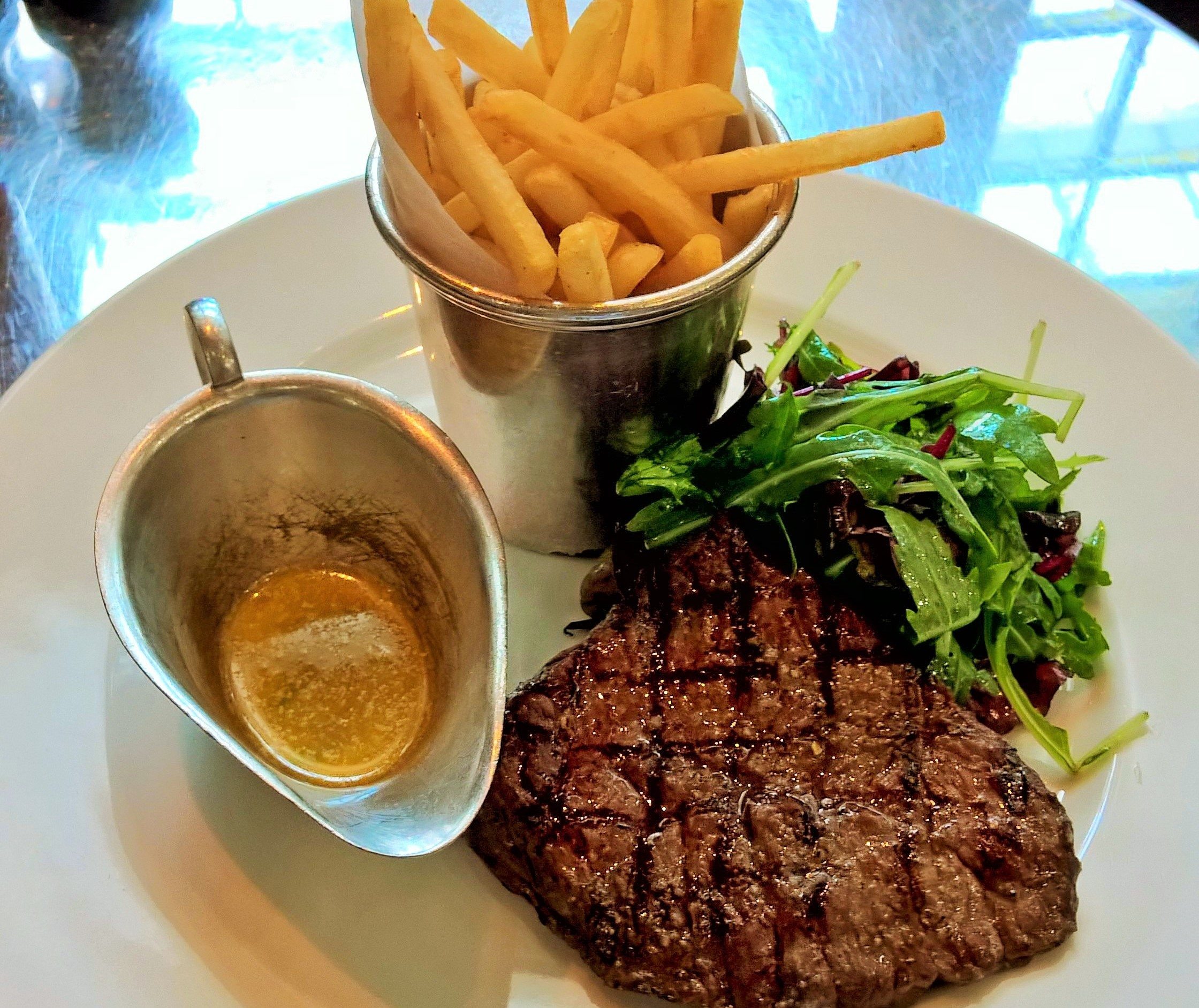 The meeting’s menu wouldn’t be complete without some steak. The two leaders can surely find some common ground discussing their mutual love for this food. Kim enjoys Kobe steak, a delicacy that was a favorite at the table of his father Kim Jong Il. Kobe beef is native to a specific area of Japan, and it costs a pretty penny.

Trump enjoys his steak with a side of ketchup. “It would rock on the plate, it was so well done,” is how Trump’s Butler described the way the president prefers his steak. “I understand steak. It’s my favorite food,” Trump once said.

Next: Why they should meet in Switzerland 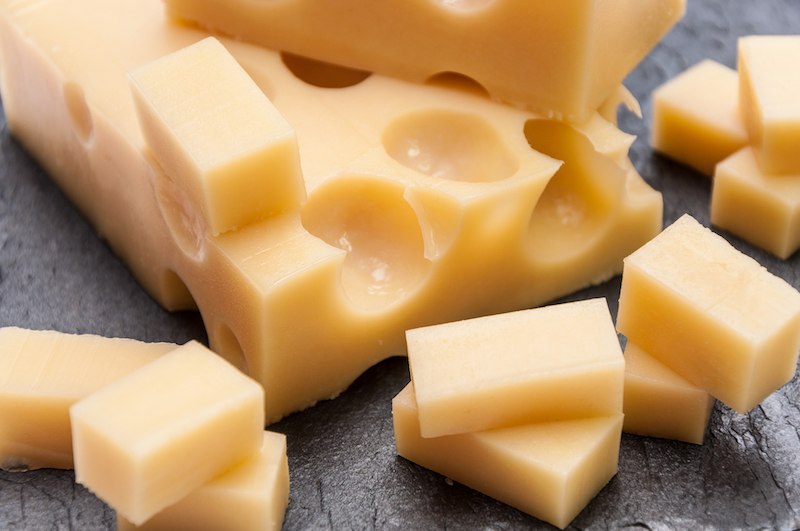 Kim may be in favor of meeting in Switzerland for one simple reason: Cheese. The leader has imported vast quantities of Emmental cheese from the country, according to reports. He is also said to have binged on the cheese to the point of becoming sick. Kim first fell in love with Emmental while studying in Switzerland as a young man. The cheese has a savory but mild taste. It’s made from whole cow’s milk and is suitable for fondue because it melts well.

Next: The richest form of sushi 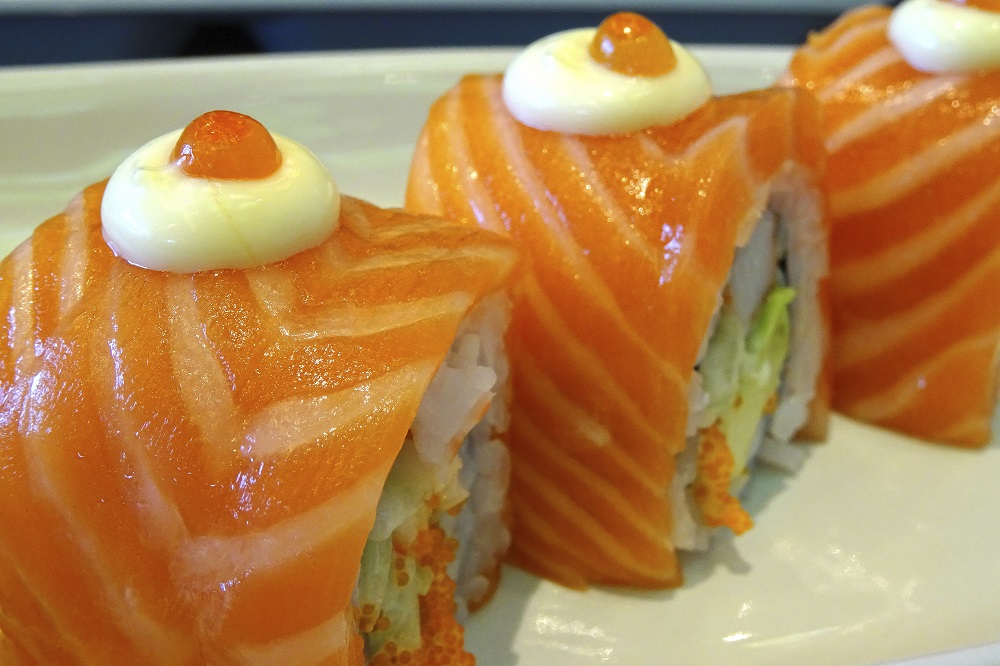 Kim enjoys his sushi, particularly the kind made with a fatty part of the tuna, called toro. His father also loved the delicacy, which comes from the belly portion of the fish. The taste has been described as buttery, as well as a not-so-subtle, tangy iron flavor.

Toro is one of the pricier sushi options, prized for its taste, texture, and scarcity. Expensive sushi such as this can sell for $24 per piece at Tokyo sushi bars. The chefs cooking for Kim and Trump at the summit would do well to get their hands on a slice or two.

Next: A dish loved over the generations 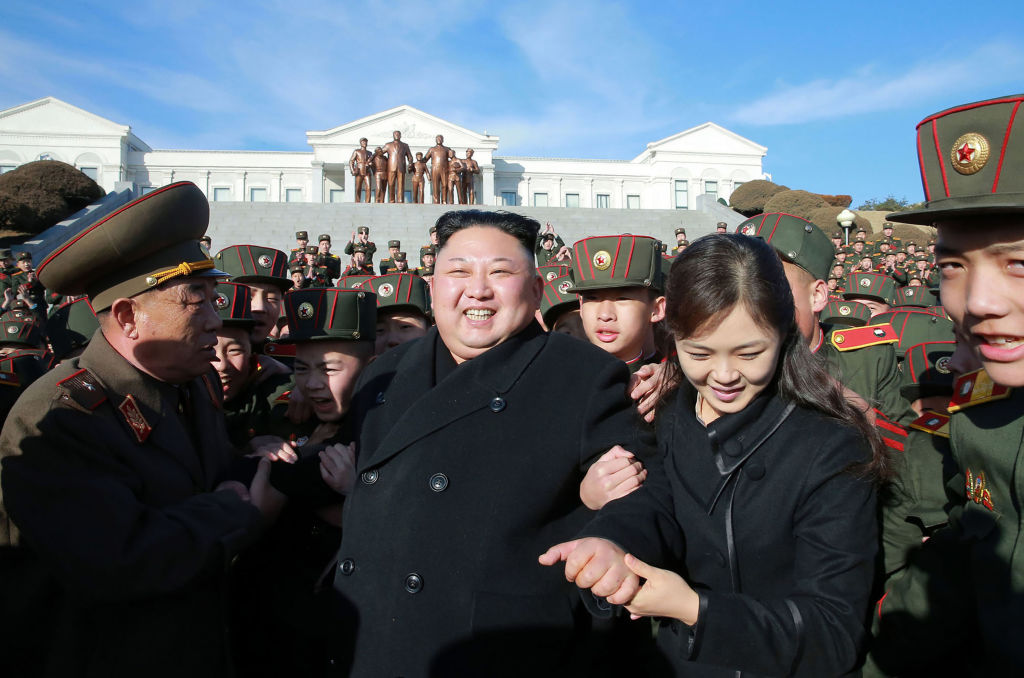 Kim’s childhood chef has written about how much he loves this delicacy. | STR/AFP/Getty Images

Shark fin soup during his meetings with Trump might serve as a familiar comfort for Kim. While growing up, he often would eat the dish since it was a favorite of his father. Japanese chef Kenji Fujimoto (a pseudonym) served as Kim Jong Il’s personal chef for more than a decade and wrote of the elder leader’s love for the soup in a tell-all memoir. Fujimoto was served the same dish by the Kim family when he returned for a visit in 2012. 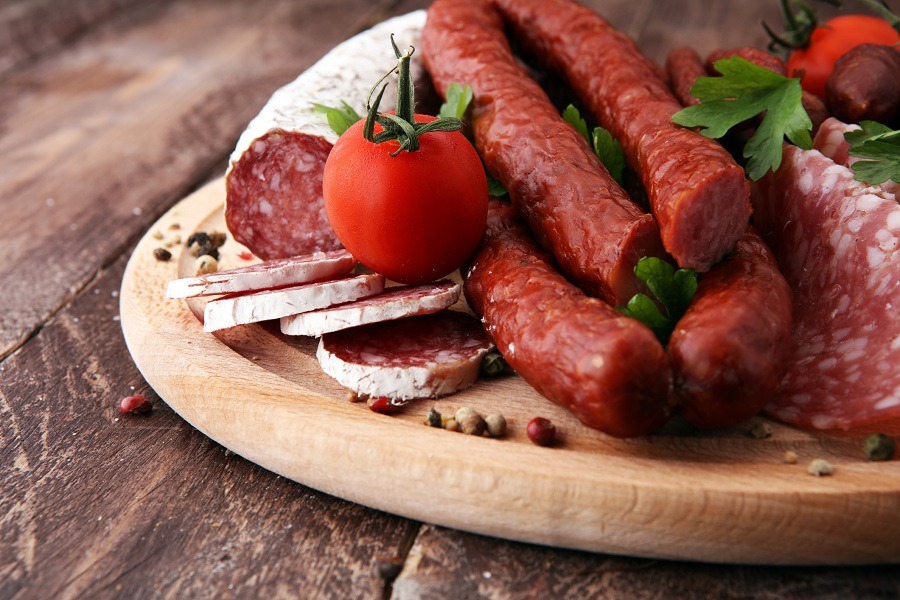 A tray of cured meats would probably go over well with the two leaders. | Beats3/iStock/Getty Images

Kim is reportedly a fan of all types of meats. Both he and his dad went nuts over pizza covered in meat, said Italian chef Ermanno Furlanis, who was recruited to make pizza for the Kim family in 1997. Father and son feasted on toppings like salami, pepperoni, ham, and prosciutto. (The two most definitely did not prefer anchovies on their pizza. But who does?)

Next: Sealing the deals with a toast 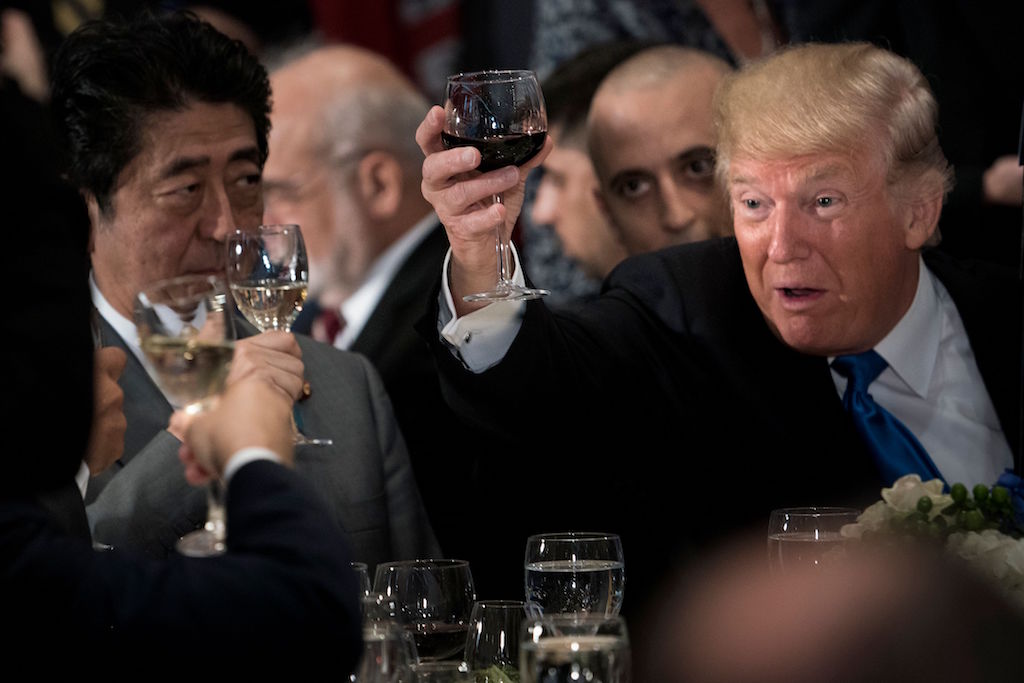 No summit would be complete without a toast. | Brendan Smialowski/AFP/Getty Images

While meeting with Trump, Kim may seek to seal any deals with a champagne toast. The dictator has been said to drink two bottles of Cristal at a single sitting. The bubbly runs more than $200 per bottle and was originally created in 1876 for Alexander II, tsar of Russia.

While as a rule Trump does not drink alcohol, hopefully, he will agree to clink glasses anyway as a show of good faith.

Kim also has a penchant for cognac, the Hennessy brand in particular, which can cost more than $3,500 per bottle. (He spends an estimated $30 million per year importing liquor.) We think adding a bottle to the table could tip the negotiation scales in Trump’s favor.

Next: What Trump will drink instead 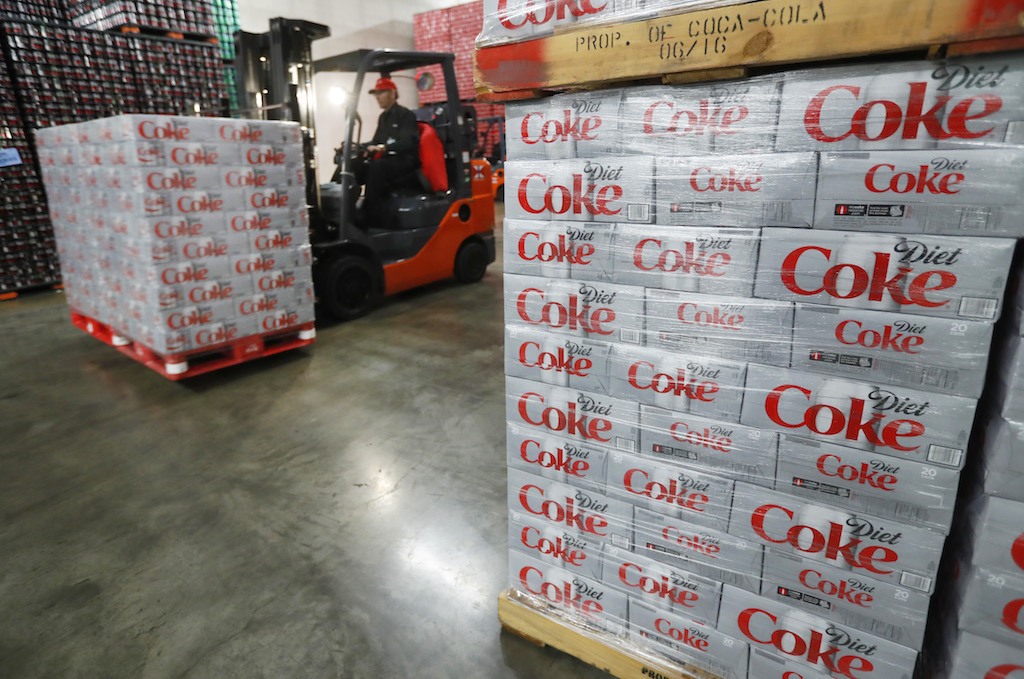 Trump drinks up to a dozen Diet Cokes a day. | George Frey/Getty Images

Meeting organizers may as well put a few cases of Diet Coke on their shopping list. This is because while Kim sips his Cristal and Hennessy, Trump will likely prefer to down this bubbly diet beverage. He reportedly drinks at least a dozen cans per day. The president has a button to summon White House staff whenever he wants another can, according to The New York Times. When he does indulge in fast food, he’s been photographed with a Diet Coke to wash it down.