West Nile Virus Cases Are Picking Up in Oklahoma

More than half a dozen cases of West Nile Virus have been reported in Oklahoma so far this year, according to health officials. The illness is transmitted to people from infected mosquitoes.

“People over the age of 50 are more likely to develop serious symptoms of West Nile Virus,” said Epidemiologist Eric Howard, as quoted by KOCO 5 News. “Being outside means you’re at risk. The more time you are outdoors, the more likely it is you could be bitten by an infected mosquito. Wearing repellent is sound way to protect against mosquito-borne illness. 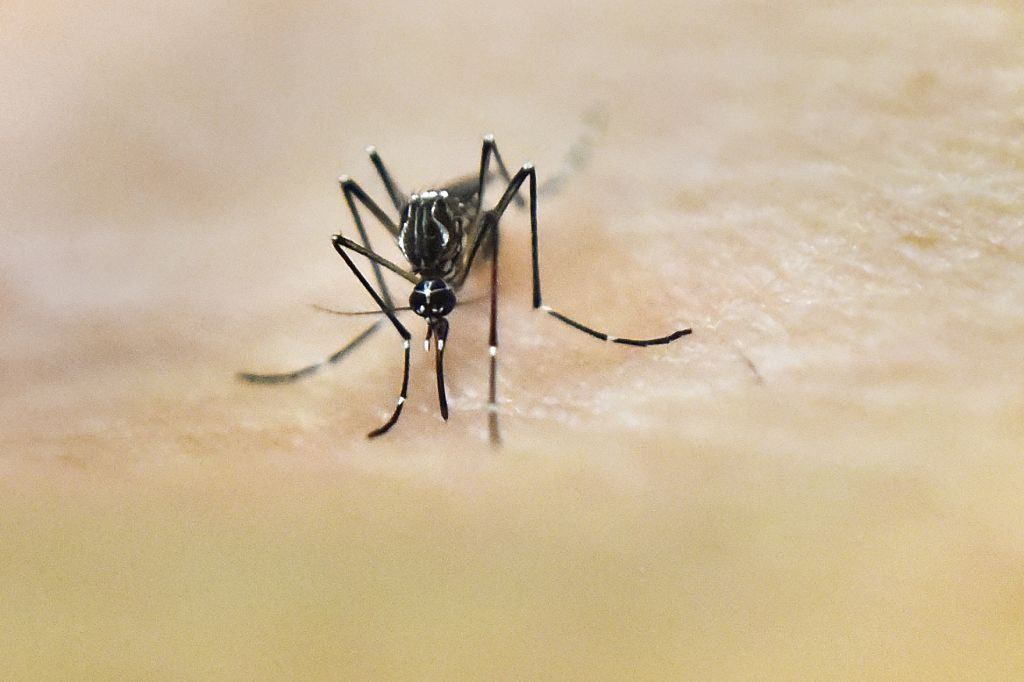 A mosquito is photographed on human skin in a lab in Colombia. | Luis Robayo/AFP/Getty Images

West Nile Virus symptoms include fever, head ache, body ache, and occasionally a rash. Symptoms can last from a few days through several weeks. Up to 20 percent of people who become infected will display symptoms. The sickness can be a deadly threat especially among the elderly.

Officials say the best way to keep from getting the disease is to avoid mosquito bites by applying insect repellant and wearing long sleeves, pants and socks when outdoors, per U.S. News & World Report.

The Oklahoma City Health Department lists the three Ds and a P of mosquito safety:

Aedes aegypti mosquitoes infected with the bacterium which reduces mosquito transmitted diseases such as dengue and chikungunya. | Christophe Simon/AFP/Getty Images

West Nile Virus was originally identified in the West Nile subregion in Uganda in 1937. The disease has now spread globally, with the first case in the Western hemisphere identified in New York City in 1999. In 2012, the U.S. experienced an epidemic of the disease in which 286 people died, the state of Texas being the hardest hit.