What Foods Cause Bloating? 13 Foods to Avoid

Bloating can put a serious damper on your day. Not only is it harder to button your pants — we’ve all been there — but it can also be extremely uncomfortable. While some might experience more bloat than others, the digestive discomfort often comes from the food we eat. Curious to know what foods cause bloating? We share the top 13 foods to avoid for bloating, below. 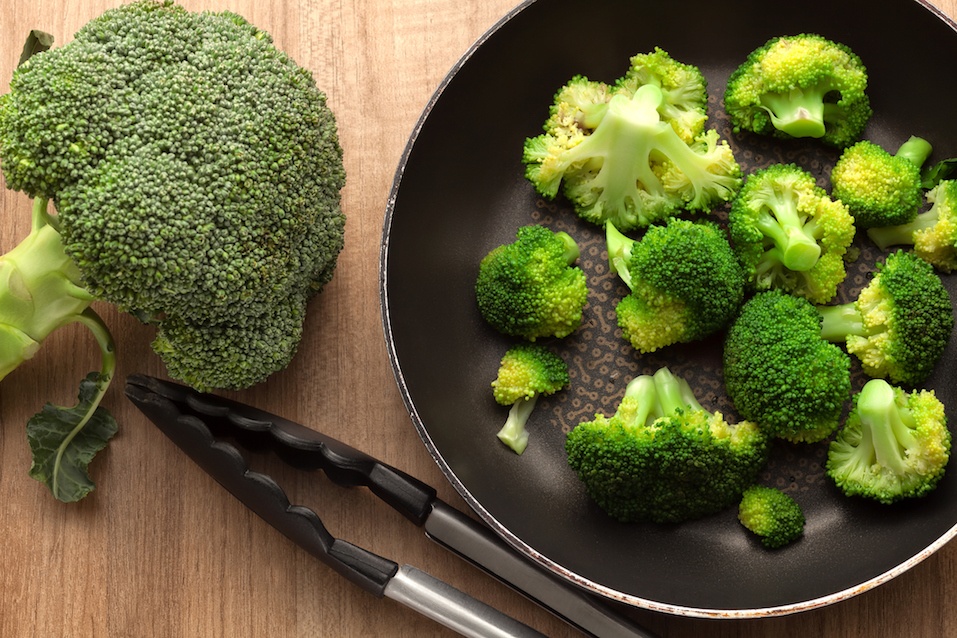 Cruciferous vegetables such as broccoli can cause stomach bloating. | phasinphoto/iStock.com/Getty Images

Soda, seltzer, and other carbonated drinks

Ever wonder why you feel bloated after a thirst-quenching soda or seltzer? That’s because both — and other carbonated drinks — are high in carbon dioxide. When drinking carbonated beverages, much of the carbonation (gas) ends up in the digestive system and causes discomfort and bloating.

When we think of lentils, we think of high fiber, protein, and an abundance of vitamins and minerals. However, those of us that are sensitive to high-fiber foods might also experience bloat after eating lentils. That said, soaking lentils before cooking can help get rid of some of the bloat-causing components and make it easier to digest them.

Many complain about broccoli causing stomach bloat and for a good reason. Thanks to its Fermentable Oligo-, Di-, Monosaccharides, and Polyols (FODMAP), the cruciferous vegetable can lead to gas and, ultimately, stomach bloat. That said, there are ways to avoid the repercussions of broccoli. Instead of eating it raw with a dip, experts suggest cooking the vegetable as it can make it easier for the body to digest.

Black beans, red beans, and other legumes might be a great source of plant-based protein, but they can also lead to digestive discomfort, including stomach bloat. Because of their high fiber content and alpha-galactosides (a natural form of sugar), beans can cause gas in the stomach and digestion track.

After eating foods high in wheat, many complain about stomach bloat. That’s because wheat is a large source of FODMAPs. Also, it contains gluten, which has been linked to stomach bloating and other types of digestive issues in many. 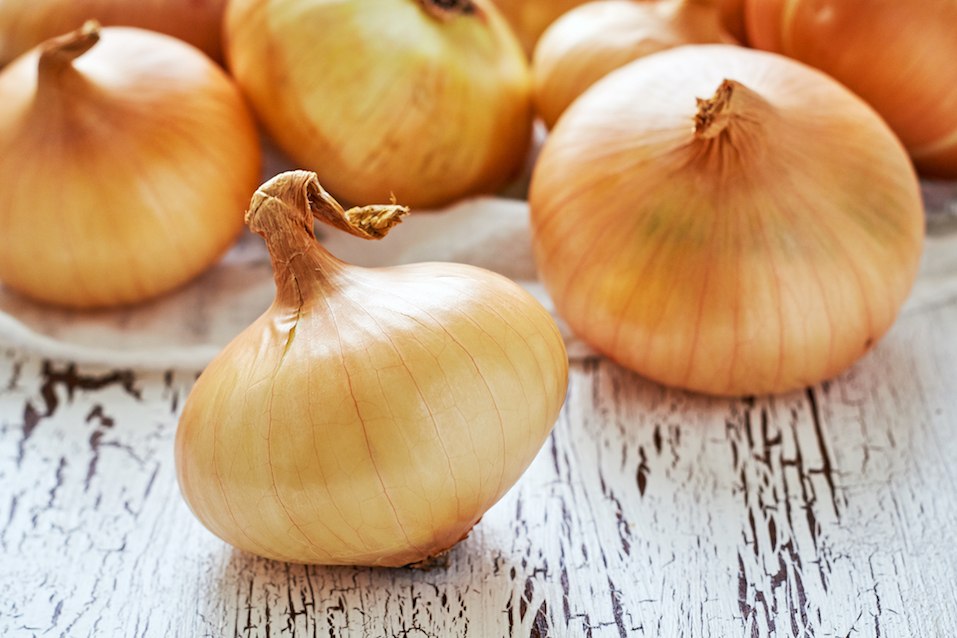 If left uncooked, onions can also cause bloat. | iStock.com/Nedim_B

Onions might spice up a dish and have some beneficial impacts on health, but they can also lead to discomfort and bloat. Because onion is an excellent source of fructans, the root vegetable can often lead to stomach bloat. To avoid this side effect, experts suggest cooking onion before adding it to a dish.

An apple a day might keep the doctor away, but it can also cause stomach bloat. Albeit high in necessary nutrients such as vitamin C and other antioxidants, apples also contain fructose (a FODMAP) and high traces of fiber. Both components are often fermented naturally in the body’s large intestine, which can lead to gas and bloat.

Another cruciferous vegetable to steer clear of? Cabbage. Thanks to FODMAPs, cabbage can be hard for some people to digest and, as a result, cause bloating. Experts recommend slightly cooking these types of vegetables to avoid discomfort.

Ever wonder why cereal makes you bloat? In addition to wheat, many kinds of cereal contain barley — which can cause bloating. Thanks to its high fiber content, barley can often create discomfort in the stomach and ultimately lead to bloat.

Cheese, milk, and other dairy products can cause stomach issues — including bloat — for some. That is especially true for those with lactose intolerance. Luckily, there are plenty of dairy-free options available, including milk, cheese, and ice cream.

Albeit an incredible home remedy for certain ailments, garlic can cause discomfort in some. Similar to onions, garlic has FODMAPs, which can result in stomach bloat.

Because beer contains barley and wheat — and is carbonated — it is linked to bloating and belly fat. Also, it has carbon dioxide and fermentable carbs, which are common causes of belly bloat. Also, beer often contains gluten, which can create discomfort and bloat in some.