When most people hear Prince Charles’ name, they mourn his late wife Diana. She married into the royal family but epitomized a ‘princess’ to England and the world. The 2017 biography Prince Charles: The Passions and Paradoxes of an Improbable Life, exposed Prince Charles’ lengthy backstory.

The biography gives insight into Charles’s young life. We’ll highlight Charles’ difficult upbringing, his schooldays, and the one thing his classmates continually ridiculed him for (page 5).

There were high expectations for Charles from the start

Queen Elizabeth II unexpectedly assumed the throne after her uncle abdicated and father passed away. By her 25th birthday, she was crowned queen.

Her son didn’t have the same luxury. Charles was scrutinized from the start as next-in-line for the throne. “I think it’s something that dawns on you with the most ghastly inexorable sense . . . and slowly you get the idea that you have a certain duty and responsibility,” Charles said regarding his royal future.

Next: Charles’ parents were shockingly distant.

He was forced to be independent early on

Philip and Elizabeth spent a significant amount of time in Malta, where Philip was stationed as an officer in the Royal Navy. According to Sally Bedell Smith, author of the biography, “Prince Philip scarcely knew his son for the first two years of the boy’s life.”

Once Elizabeth ascended the throne, she began to call onto Philip to make decisions for the family. Charles was often sick as a boy, and his parents didn’t visit him at school when he came down with the Asian flu. The two were on tour in India when he got the measles as well. It became clear how formal their parent-child relationship was when the queen and the duke returned from a six-month tour and greeted their children with handshakes.

Next: Inside their strenuous relationship.

He had a difficult relationship with his parents 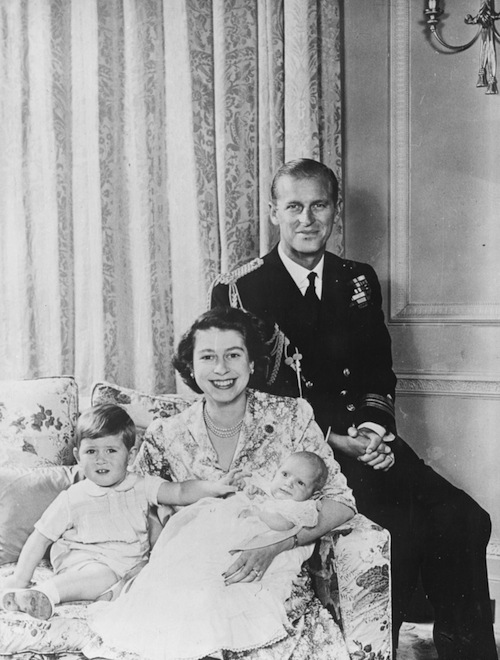 They needed to be a picture-perfect family. | Central Press/Hulton Archive/Getty Images

Charles was much more reserved than his parents and was easily intimidated by his father. Friends of Charles called Philip’s behavior toward his young son “belittling” and “bullying.”

Prince Philip taught a young Charles to shoot, fish, and swim, however, he missed major moments in his young son’s life. Charles called his mother “not indifferent so much as detached,” from him.

Next: How Charles was seen by his peers.

He was sensitive and shy growing up

Charles, who admitted he “always preferred [his] own company or just a one-to-one,” was shy from the beginning of his schooldays. His mother, who allegedly thought of him as a “slow developer,” named him Prince of Wales during the 1958 closing ceremony of the Commonwealth Games. Charles was embarrassed as he watched the announcement on television with his classmates.

Charles’s cousin recounted the tale of Charles trying to put strawberry stems back on after his aunt told him not to remove them. “That was so sad and so typical of how sensitive he was,” she said.

Next: The history of royal schooling.

He was the first heir to be schooled outside the palace

Both Queen Elizabeth II and her sister, Margaret, were homeschooled by their governess Marion Crawford in the “traditional manner” for the royal family. They were the last members of the royal family to be educated at home. Prince Charles was sent to Hill House School in London at 8 years old after his parents declared he needed to be around other children.

Charles marked the beginning of the new standard for royal schooling. Princes William and Harry were both educated at independent schools, while Prince William sent his son, George, to private school.

Next: The one thing Charles was teased about his whole life.

His schoolmates teased him about his ears

Charles soon transferred to Cheam School in Hampshire. His peers called him “fatty” and ridiculed his “protruding ears,” Smith wrote. After five years and few solid friendships, Charles transferred to Goldenstoun, which he called a “prison sentence.” The school aimed to build character by challenging the students physically with a pre-breakfast run and freezing showers.

The ridicule didn’t stop at Goldenstoun, where Charles was still teased about his ears to the point where his great-uncle instructed his parents to have them surgically pinned back. “Bullying was virtually institutionalized and very rough,” John Stonborough, Charles’s classmate, said, “I never saw him react at all … He was very stoic.”

Next: How Charles found comfort at school.

He found comfort in Shakespeare

He realized he thrived under the spotlight. | Central Press/Hulton Archive/Getty Images

Charles discovered throughout his education at Cheam and Goldenstoun that he felt “at home on a stage,” and particularly took to Shakespeare’s plays. Charles’s maternal grandmother, who he said was the person who “taught [him] to look at things,” attended his first play alongside Princess Anne — his parents were abroad in Ghana at the time.

While Charles lost interest in Shakespeare after tackling Julius Caesar with his classmates, he played the lead in Macbeth. His English master, Eric Anderson, called Charles’s interpretation of the part “a sensitive soul who is behaving in a way that is really uncharacteristic of him because of other forces.”