It probably doesn’t surprise you that Americans eat a lot of meat — and some options are much healthier than others. On average, we consume more of it than most other countries around the world.

What would a meatless America look like — if the economy ever actually allowed that to happen? Would we be healthier? Wealthier? A lot would likely change — and mostly for the better.

Too much meat isn’t good for your heart. It’s quite possible that rates of heart disease in the U.S. would significantly decrease if we ate less meat. Research continuously discovers possible links between meat consumption and diseases related to the heart. Various chemical compounds and nutrients, like saturated fat, interfere with the heart’s normal processes, putting our lives in danger daily.

The more access we have to foods made from cattle, pigs, and chickens, the greater our chances of developing obesity. Research suggests eating more calories from meat probably serves as a major contributor to obesity rates both in the U.S. and around the world. Replacing meat with more plant foods, which are higher in fiber and free of saturated fat, would likely help thousands of people lose weight and prevent excessive weight gain altogether.

Eating less red meat would do us all a favor 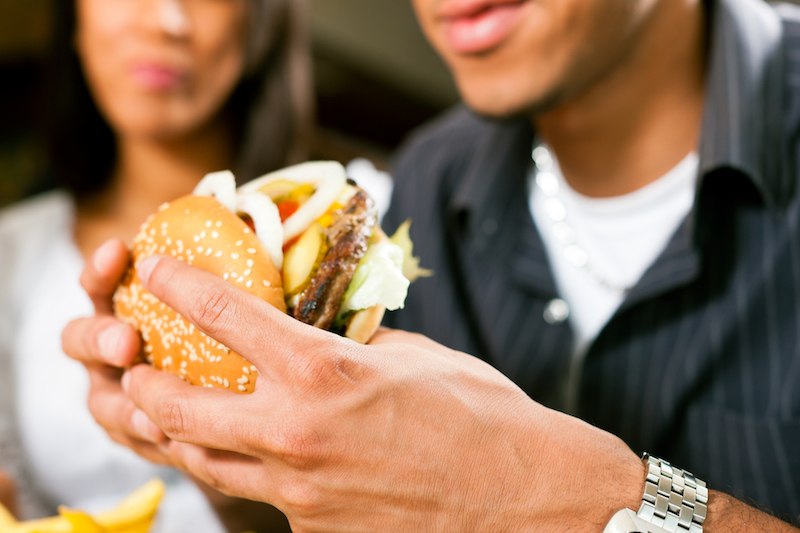 Red meat should be eaten sparingly. | Kzenon/iStock/Getty Images Plus

You already know eating less meat would decrease rates of obesity and heart disease. However, a study published in the journal BMJ found that consuming red meat specifically increases your disease risk on a much larger scale than you probably realize.

For every steak you devour (theoretically), your risk of dying — from multiple causes — goes up. Seafood can still hurt you in large amounts, but it’s definitely better than filling your plate with beef seven days a week.

Eating healthier foods will reduce your chances of getting sick. | iStock.com

According to the USDA, our diets aren’t meeting government recommendations — and that’s bad. The average American spends over $10,000 annually on health care costs alone. Chronic disease accounts for a large portion of these costs — many of which healthier eating could prevent. Meat alone doesn’t make us sick, but eating less of it — or none at all — certainly wouldn’t hurt.

We’d spend less on meat — and hopefully more on health

There are tons of options beyond that frozen meat aisle. | Noel Hendrickson/iStock/Getty Images

It’s estimated that the meat and poultry industry makes up about 6% of the country’s total GDP. What we spend producing and purchasing meat, we could use to buy healthier food — and save a lot on hospital bills over a span of decades.

Unfortunately, a meat-free diet wouldn’t necessarily make us healthier. You can call yourself a vegetarian or vegan and still consume enough processed junk food to make yourself sick. However, making a commitment to a healthier diet can make a huge difference in our nation’s overall health.

Other benefits of a meat-free, plant-based diet

According to Harvard Health, eating a diet rich in plant foods can lead to lower cholesterol levels and blood pressure overall. This is why your disease risk tends to drop when you eat more fruits and vegetables.

Thankfully, you don’t even have to give up hamburgers and hot dogs completely, if you don’t want to. A plant-based diet implies plant foods make up the majority of your diet. However, the occasional hamburger or Thanksgiving turkey probably won’t hurt you.

The healthiest plant foods you can add to your plate today

The perfect time to hit up that farmer’s market. | Vicuschka/iStock/Getty Images

Eating more plants isn’t hard — especially when you know which ones to shop for. Rodale Wellness suggests incorporating more beans, seeds, celery, and dark green leafy veggies like spinach and kale into your diet. Even plant-based soy products like tempeh are acceptable, as long as you’re using them to create healthy meals filled with a variety of textures and tastes.