Stomach Pain? 4 Signs You Need to See a Doctor 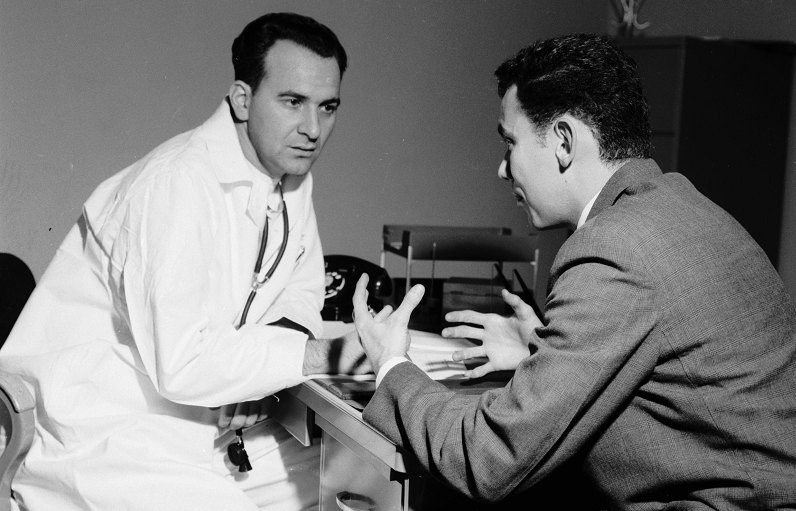 Stomach pain is definitely worth a visit to the doctor. | Three Lions/Getty Images

Everyone experiences a bout of stomach pain here and there. Whether it’s the result of a late-night stop at the local Taco Bell, or even a pulled abdominal muscle from a hard workout the day before, we can typically deduce the origins of the problem and work through it. But sometimes, stomach pain is going to require a bit more than some Pepto Bismol and a fiber-heavy lunch. Sometimes, stomach pain can indicate a serious problem, and will require the attention of a doctor.

As you get older, it becomes increasingly clear that our intestinal systems can be quite finicky. For some people, eating or even catching a whiff of certain foods is enough to tie our stomachs in knots. For others, it may be something as simple and innocent as sitting in the back seat of a car — there are a million things that can cause stomach issues. The trick is to know when it’s something more serious.

The fact of the matter is, most stomach issues resolves themselves on their own. If you’re experiencing stomach pain, it’s probably the result of something you ate, or a minor bug working its way through your system. You may have even pulled a muscle, as mentioned before. But there are a huge number of very serious things that can be wrong as well. This is where we get hung up — should you stick it out and hope that the pain passes? Or do you need to get yourself to a doctor, ASAP?

It’s going to be a case-by-case deal, and only you, the sufferer of stomach pain, are going to be able to make the call. But if you need help deciding whether the severity is worth the trip (and cost) to see a doctor, here are four signs that you should high-tail it to the clinic.

1. Location of stomach pain is important 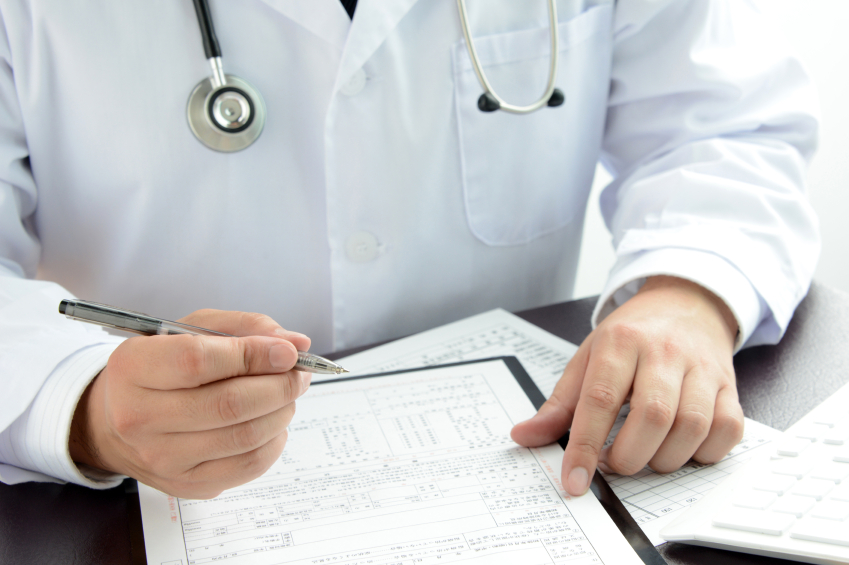 Exactly where the pain occurs will make a difference. | iStock.com

It’s not just that it hurts — it’s where it hurts. We may think that all stomach pain is the same, but pain can occur almost anywhere in your abdomen and core, and where the pain is located can go a long way toward figuring out what the problem is. If you can pinpoint the real problem areas, you can use resources like the Mayo Clinic to figure out if you’re suffering from minor afflictions like indigestion or heartburn, or something serious like kidney problems or appendicitis. 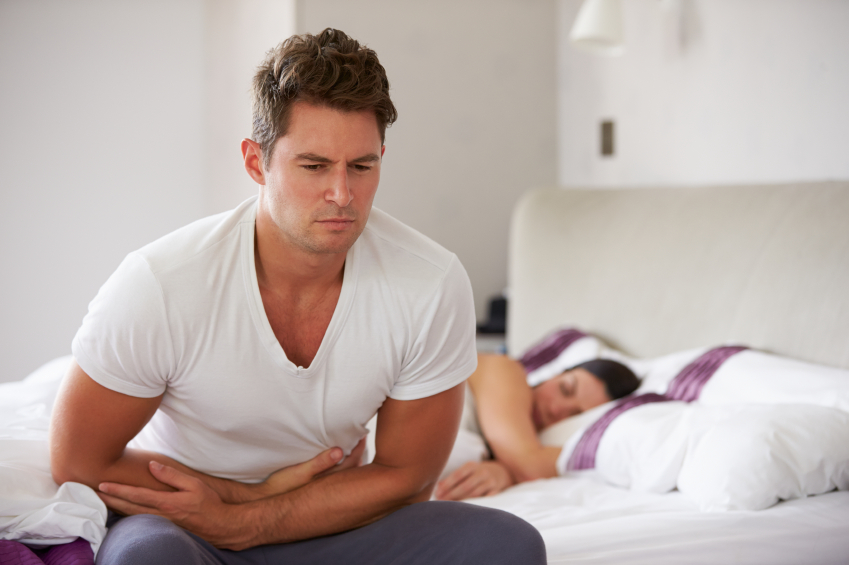 Can’t move? Get it checked out. | iStock.com

If you’re in so much pain that you literally can’t move, that should be a big red flag right there. Pain that is so intense that you’re immobilized is a sure-fire sign that something is terribly wrong, and that you should probably get in to see a doctor. Yes, there are times when it’s just something having a hard time making its way through your system, but there’s typically a threshold for each individual — or, a level of pain at which you know you’re not used to experiencing. If you’re stuck in the fetal position, seek help.

3. You have other symptoms 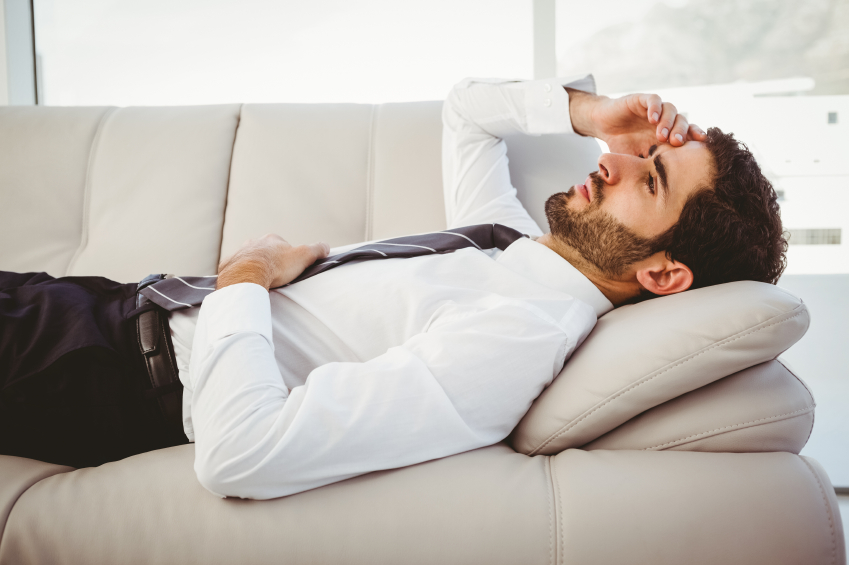 If you’re having other symptoms, it could be something serious. | iStock.com

Your stomach pain may be the biggest issue, but if it’s triggering other physical reactions and problems? That’s a sign that there’s more at play than those burritos from 7-Eleven you’re so fond of. Look for additional signs that you’re ill — a fever, for example, or perhaps some very, very troubling “discharge”. These are indicators that whatever has gripped you is impacting more of your body’s systems, and that it’s going to take more than some bed rest to work it out. If you’re feverish and fetal, go see a doctor. 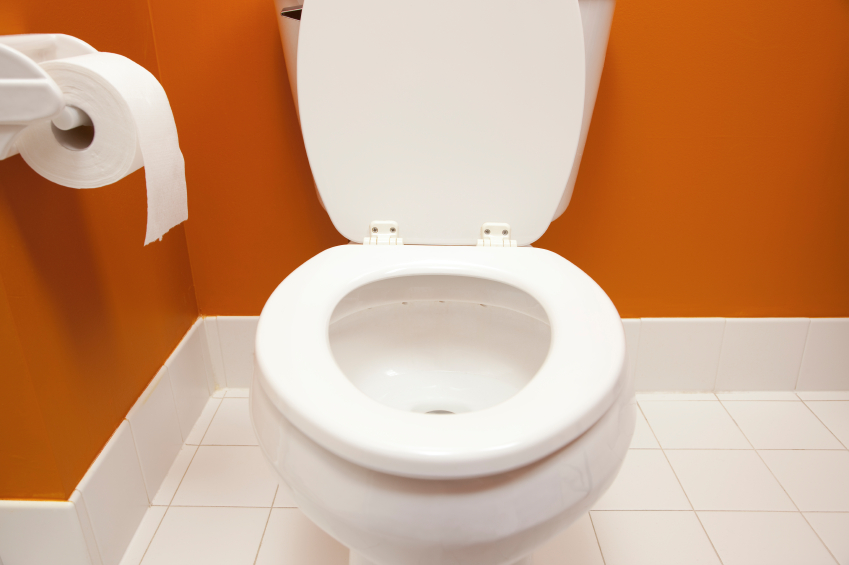 The toilet is also known as the place where stomach pain comes to an end. |  iStock.com

As we just mentioned, if you’re seeing some very ugly or downright surreal bowel evacuations, you’ll know something is really wrong. And this could be coming out of either end; if you’re vomiting as a result of your stomach problems, that’s a sign you’re seriously sick too. If you’re seeing blood, or other troubling consistencies with your bowel movements, consider that a red flag.

Chances are, you’ll know when there’s something wrong when you see the results of your bathroom trip. Don’t take it lightly. If it’s causing your worry, don’t hesitate to see a doctor.