Which Salt is Best For Your Health: Kosher, Sea, Himalayan? 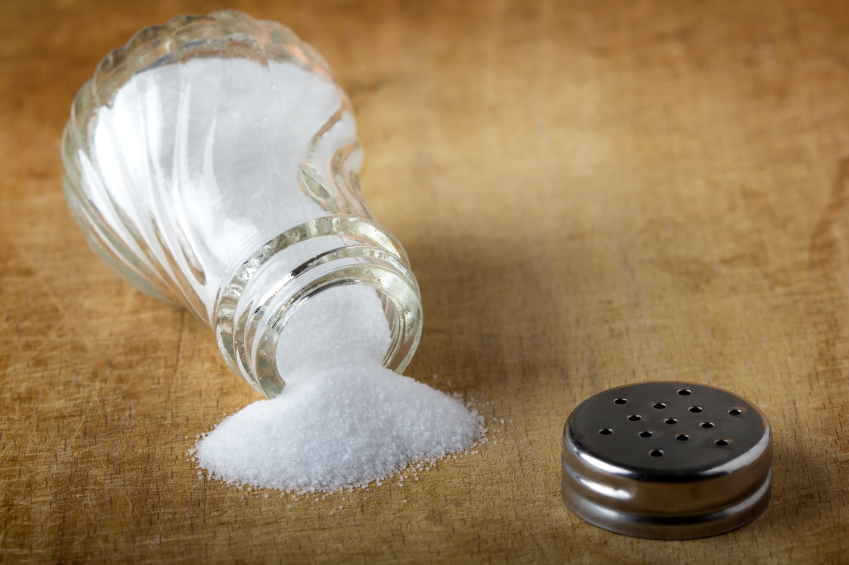 By now most of us know that our salt intake has a direct effect on our blood pressure and that it makes our bodies retain water. Excess consumption can even have a harmful effect on our organs and tissues. One thing that is rarely discussed, however, is that not all salt is created equally and that you can greatly mitigate your risk of harm by opting for the right one. To find out more we spoke with salt expert David Noll, founder and CEO of Pacific Resources International.

We’re always hearing about how salt is “bad” — can you explain some of the dangers of a high sodium diet?

Sodium Chloride (aka common table salt) will cause blood pressure to rise and cause the body to retain more water. It can also cause major glands and organs to swell.

Got it. But on the flip side, we actually need some salt in our diet — how much?

Most medical authorities will agree that our bodies need at least ¾ of a teaspoon or 3.75 grams of sodium per day is needed for healthy cell function. With a naturally dried sea salt that still contains all the natural trace elements attached to the sodium chloride more salt can be utilized by the body as it is a complete food. Think of it this way: Sea Salt naturally dried by sun and wind vs heat processed dried salt water that burns off all the trace elements has the same differences as white refined sugar and evaporated canned juice. The processed products are harmful and the natural dried products are beneficial. The pasteurization of sea water to capture salt started as the oceans became polluted. Natural drying would still leave in all the pollutants. So most of the salt field had to be closed that used the natural drying process.

Makes sense. Clearly there is a quality issue and not all salts are equal. Can you explain the differences between Himalayan vs Kosher vs Sea Salt vs Fleur de Sel?

Himalayan contains a lot more minerals than the body needs and some the body does not need. After sitting around and concentrating for so many years it also contains radioactive material that the body does not require along with whatever else the water running into the caves carries with it. Most of all Himalaya contains no iodine. All of us have to have iodine for healthy thyroids.

Kosher salt is a bit of a misnomer as salt is Kosher by default. The rabbis check the cleanliness of the place where any salt is processed to get an approval. Kosher can be a healthy sea salt or a unhealthy table salt. sea salt is a term that has been hijacked and in most cases is just sodium chloride processed from the ocean and is not different than any other sodium chloride product.

Pacific Sea Salt from New Zealand has the advantage of still having clean oceans to harvest salt from. It is dried naturally by sun and wind for 13 months to retain all the natural trace elements including iodine. It has the same pH and makeup as your tears, blood and the embryotic fluid that we spend the first nine months of our life in. The ocean waters are so clean that New Zealand also produces an organic sea salt. The body does require the trace elements in ppm to promote healthy heart function, to promote sleep and reduce high blood pressure.

Fleur de Sel is harvested the proper way to retain all the natural trace elements but the conditions of the sea water is the question. Are they still clean? Sea water tested in every area of the northern hemisphere has been found to be polluted from industrial activity for many years. There is every little mixing of the oceans at the equator and the southern oceans remain clean.

Any other salts we should be aware of if we’re trying to optimize our wellness?

Look for a good naturally dried sea salt that has a list of the trace elements on the label. The only ingredient should be “sea salt.” Any other salt, called sea salt or table salt, is just sodium chloride that is dangerous to a healthy life style. I can’t stress enough how important it is to read the labels; if it contains just sodium chloride with other ingredients it is not good for a healthy lifestyle. Every cell in your body requires salt in similar ways that our bodies require sugar. You cannot live without either but it is the naturally processed ones that have all the ingredients that nature intended for a healthy body. Salt was so valuable in ancient times that it was used as money for payment. In fact the name comes from the word salary. The key to good health is to stay away from as many processed foods as possible, including salt.