Who is Anthony Bourdain’s daughter, Ariane? 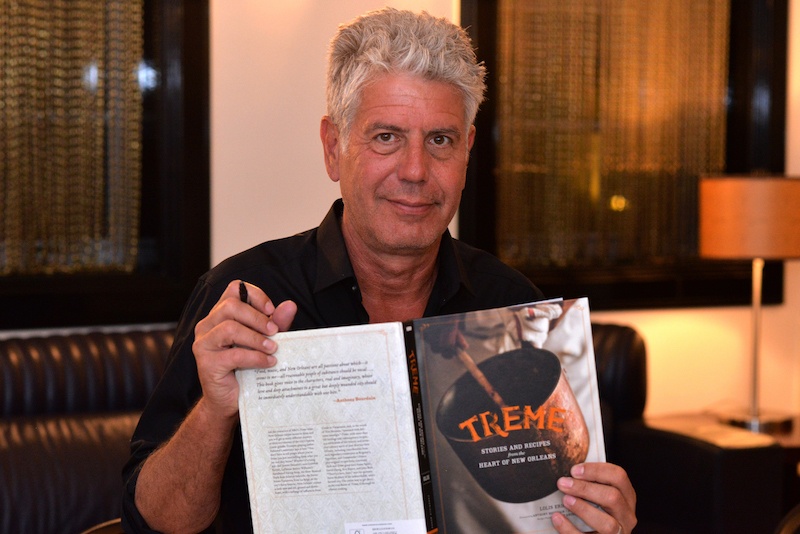 The death of Anthony Bourdain, chef and host of CNN’s Parts Unknown, took many by surprise. His passing was shocking not only because it was so close to the death of handbag designer Kate Spade, but also because the way they died was eerily similar. It was reported both stars hanged themselves.

Although there was a lot of media attention surrounding the former wife and partner Anthony left behind, he also left behind a child, Ariane Bourdain. Here’s what we know about Anthony Bourdain’s daughter and her relationship with her father.

Ariane was born during Anthony’s 2007 marriage to ex-wife Ottavia Busia. Anthony wanted to make sure his daughter would be taken care of, both during his life and after his passing. Following his death by suicide at the age of 61, most of his estate was left to his 11-year-old daughter. Anthony’s will, which was written in 2016, gives control over the estate to Ottavia.

Ariane inherited a significant amount of money after her father’s death. Court papers filed in Manhattan Surrogate’s Court reveal Bourdain was worth $1.21 million, reports Page Six. His assets include $35,000 in a brokerage account, $250,000 and personal property, $425,000 in cash and savings, and $500,000 in “intangible property including royalties and residuals,” according to court papers obtained by Page Six. If Ariane had died, the money would have gone to her nanny, Myra Quizon, according to the will.

One of Anthony’s cookbooks was inspired by Ariane

In 2016, Anthony released the book Appetites, which he wrote with food writer Laurie Woolever. The book was mostly written for Ariane, who was eight years old at the time. The book features food he liked to eat as a child, as well as the meals he enjoyed preparing for her, such as soups and sandwiches. He spoke of his love for her in the book’s foreword:

I became a father at 50 years of age. That’s late, I know. But for me, it was just right. At no point previously had I been old enough, settled enough, or mature enough for this, the biggest and most important of jobs: the love and care of another human being.

Anthony also mentions the impact Ariane had on his life and how she changed him. In the book, he admits that being a celebrity made him self-centered. However, he learned he had to make an adjustment after the birth of his daughter:

From the second I saw my daughter’s head corkscrewing out of the womb, I began making some major changes in my life. I was no longer the star of my own movie –or any movie. From that point on, it was all about the girl. Like most people who write books or appear on television, who think that anyone would or should care about their story, I am a monster of self-regard. Fatherhood has been an enormous relief, as I am now genetically, instinctually compelled to care more about someone other than myself. I like being a father. No, I love being a father. Everything about it.

It was important for Anthony to make sure his daughter knew her value. In an interview for Mom.me, he said he wanted Ariane to never look to others to affirm her worth:

My soul duty as a parent and as a father, particularly raising a little girl who is going to grow up to be a young woman, is that she will never look to men for affirmation, or anyone else for affirmation or self-worth or be physically intimidated by anyone. My daughter spinning arm bars is a thing of envy—Ronda Rousey quality.