On the surface, Kim Jong Un looks like a kid on Christmas. In nearly every photo of him and his life in Pyongyang, he’s laughing, smiling, and seemingly enjoying himself. Under that pleasant exterior, however, the North Korean dictator is a paranoid man who has resorted to taking out his own family in order to ensure he remains in power.

Here are the family members Kim Jong Un has killed, why he killed them, and who could be next. 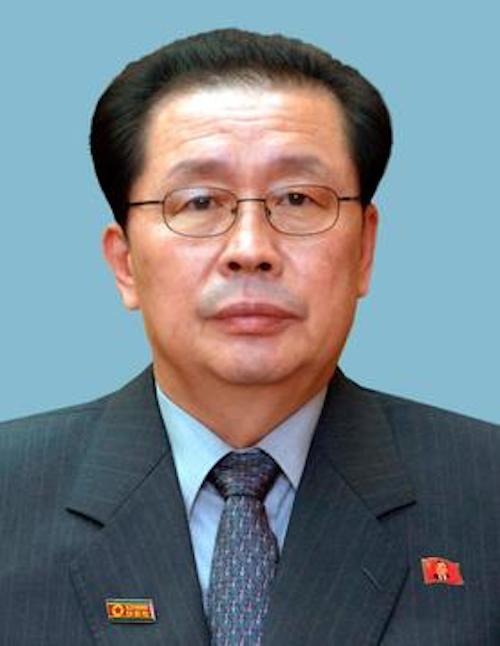 Kim Jong Un’s Uncle, Jang Song Thaek, was publicly executed by a firing squad in December 2013. At one time, Jang was considered the second most powerful person in North Korea, according to Esquire. He was Kim Jong Un’s protector when the public was uncertain about a 27-year-old taking power. He’d spent his life creating a network of allies at North Korean embassies across the world. However, Kim Kong Un had him killed less than two years into his role as supreme leader of North Korea.

Next: This was perhaps his greatest flaw that got him killed.

It’s suspected that Kim Jong Un thought Jang had become too powerful. He ordered that Jang be tried for treason, among other charges. “It shows that Kim Jong Un and the people around him … Are under great psychological pressure. And that makes them take extreme action,” David Straub, a former U.S. Diplomat and current fellow at South Korea’s Sejong Institute, told Esquire. Once the right hand man of Kim Jong Un’s father, Kim Jong Il, Jang’s death proved that not even close relatives were safe from the dictator’s power.

Next: Kim Jong Un’s half brother gets taken out with chemicals.

Kim Jon Nam and his family were in extreme danger. | AFP/Stringer

Kim Jong Un’s half brother, Kim Jong Nam, was once the presumptive ruler of North Korea. His father, former leader Kim Jong Il, thought he might lack the ability to rule and instead decided Kim Jong Un would take over. Kim Jong Nam left North Korea; he wanted a safer life for his family, away from dictatorship. In February 2017, he was walking through the Kuala Lumpur airport when two mysterious women wiped chemicals on his face. He died on his way to the hospital.

Next: The Kim family doesn’t tolerate any anti-North Korea views.

He was killed by poison. | AFP/Stringer

Kim Jong Nam was poisoned with an extremely potent nerve agent called VX. Yoji Gomi, a Japanese journalist who covers North Korea, told Esquire that Kim Jong Nam’s death was a message that the Kim family would not tolerate any anti-North Korea views. It shook Kim Jong Nam’s immediate family, who was not with him during the attack — they knew they could be potential targets in the future.

Next: This death set a precedent for murdering family members.

Although Ri Il Nam, a nephew to Kim Jong Il, was assassinated by the former leader rather than Kim Jong Un, the death still set a precedent for murdering family members. Ri Il Nam fled North Korea and took on a new name and new look — he underwent plastic surgery — in Seoul, South Korea, where he lived comfortably. He had contacted his family once to ask for money, but otherwise had not spoken to them in years. He was shot in the head in 1997 when he stepped out of the elevator in his building.

Next: A critical memoir sealed his fate.

He had been planning to publish a memoir about life under the rule of Kim Jong Il. | Dmitry Astakhov/AFP/Getty Images

Six months earlier, Ri Il Nam had published a memoir detailing the grim and gruesome life of living as a family member to Kim Jong Il. Esquire reported that he referred to his lavish life as a “fancy prison.” His sister, who also fled North Korea, halted the release of her own memoir upon learning of her brother’s death. She still has not released the book.

Next: Here’s who could be next.

Who could be next

Kim Han Sol’s life could be in danger. | YouTube

Shortly after Kim Jong Nam’s death this year, his son, Kim Han Sol, released a video saying he was in hiding. Kim Han Sol has since come out to champion democracy, peace, and diplomacy. The 22-year-old lives a far different life than his North Korean family and does not stand for the same things as Kim Jong Un. Some think that because of this, he could actually be the biggest threat to the regime.