From his admiration to his sister to his commitment to his father’s ideals, Kim Jong Un is quite family-oriented. Recently, he’s even given his wife the title of first lady. And Dennis Rodman can attest to the North Korean leader’s great fathering skills.

It seems not every family member of Kim’s is interested in staying near the regime, however. In fact, his aunt and uncle fled North Korea many years ago and now live in the U.S. Find out what city they live near now (page 6) and what their home life is like today.

1. Kim Jong Un and his aunt, Ko, had a very close relationship growing up 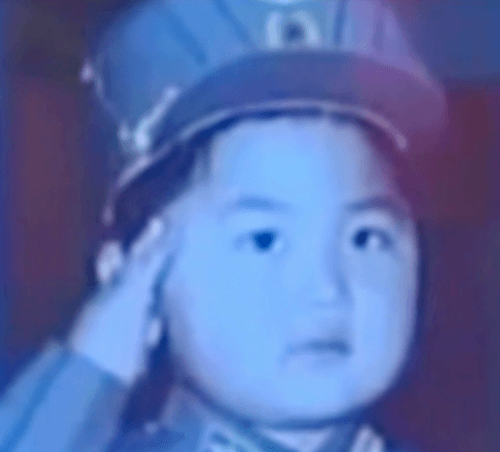 Here’s what we know about Kim Jong Un’s past. | CNN via YouTube

Kim Jong Un grew up quite close to his mother’s sister, Ko Yong Suk, before she fled the country. The Washington Post reports Ko lived with her husband, Ri, in Switzerland in 1992. Kim Jong Un also came to Switzerland when he was 12 to stay with his aunt, uncle, and older brother while going to school.

“I acted like their mother,” Ko said. “I made snacks for the kids. They ate cake and played with Legos.” She also took them to Disneyland and encouraged her sister’s children to bring their friends over.

Next: Here’s how Kim Jong Un’s mother really felt about her sister.

She took on a motherly role as an aunt. | CNN via YouTube

Ko and her sister came from humble beginnings. So it was a shock to them both when leader Kim Jong Il took an interest in Ko’s sister, The Washington Post reports. By 1975, Ko’s sister was Kim Jong Il’s third wife.

“I was very close to my sister, and it was a tough job to be the wife, so she asked me to help her. She could trust me because I was her own blood,” Ko told the publication. Then, Kim Jong Il selected Ri, Ko’s husband, to be her life partner. Both couples lived together for several years in the North Korean capital.

Next: Here’s one of the reasons Ko and Ri fled North Korea.

3. Ko wanted to find cancer treatments in the U.S. for her sister

Ko and Ri then headed to America. | CNN via YouTube

Ko and Ri may have acted like second parents to a young Kim Jong Un, but they didn’t plan on staying in North Korea forever. And things really took a turn when Kim’s mother was diagnosed with breast cancer in 1998.

The Huffington Post reports Ko thought she could find the cure for her sister’s breast cancer in the U.S. After failed treatments in both Switzerland and France, it seemed like the last opportunity. So, the couple applied for asylum.

Next: Ko feared the regime for this reason, which is another reason as to why she left.

4. Ko felt the regime would no longer need her when Kim’s mother died

Finding cancer treatments was important to Ko — but so was saving her and her husband’s life. She feared she was only protected by the regime because her sister was so important to Kim Jong Il. But if her sister died, she may not have that same protection.

Ko didn’t outright tell The Washington Post that this was a concern of hers, but she certainly alluded to it. “In history, you often see people close to a powerful leader getting into unintended trouble …,” she said. “I thought it would be better if we stayed out of that kind of trouble.”

Next: Kim Jong Un’s uncle also feared for his life with the regime.

4. Ri, Kim Jong Un’s uncle, felt fearful of the regime after the death of Kim’s father

Ko wasn’t the only one with concerns for her safety. Ri was close with Kim Jong Un’s father — but he knew after his death, he might also be a target.

Yonhap News Agency reports Ri said he wanted to leave his home country because he knew there would be a struggle for power once Kim Jong Il died. “My wife chose the U.S. to find ways to treat her sister and I did so for fear of what those in power can do,” he told the publication. He ended up defecting 13 years before Kim Jong Il’s death.

5. The couple has many American luxuries in their home

The Washington Post explains Ko says she misses her hometown, but she’s happy with where the two have ended up, as they now live comfortably. Their family home is reportedly large and two stories. They also have common American luxuries, like two cars, a TV, and a grill — perfect for when their three adult children come and visit them.

Ri and Ko have also gone on multiple vacations to Las Vegas and South Korea.

Next: Surprisingly, this is the U.S. city they live near now.

6. They keep their location a secret — but we have a clue

Ri and Ko keep their exact location a secret, as they’re still unsure of how the North Korean regime feels about them defecting. Not only that, but they also keep their names a secret. “Ri” and “Ko” were the names they used in their home country, but they apparently go by something else now.

TIME reports Ri and Ko live a couple hours outside of New York City, and The Washington Post also verifies that they met up with Ko in the Big Apple.

Next: This is how the couple makes a living now.

7. They run a dry-cleaning business near their home

Ri and Ko live a cozy life — and Ko even said to TIME, “There’s nothing we can envy.” But it wasn’t always that easy.

When they first came to the U.S., Ri told The Washington Post he worked as a builder and maintenance person. And Ko said she chose to dry clean because it was the only job she could get without having to speak English. Today, they own a small dry-cleaning business of their own, which they make enough off of for a comfortable living.

Next: Ri and Ko have been the subject of controversy before, and they weren’t having it.

8. Other defectors have spread rumors about the couple

Ri and Ko like to live fairly anonymously. But a few other North Korean defectors took it upon themselves to spread rumors about the couple in the past. The Huffington Post reports Ko filed a defamation lawsuit against the defectors for saying she had Kim Jong Un’s half-brother expelled from North Korea. Additionally, the defectors also said she had plastic surgery, which she denied.

Lawyers said the couple sought $60 million in damages against the three defectors spreading the lies.

Next: Will the couple ever see Kim Jong Un again?

9. Ri thinks they can be negotiators for the U.S. and North Korea

Would Ko and Ri play a role as negotiators someday? | AFP/Getty Images

The couple claims their children have no interest in ever seeing North or South Korea, but what do Ri and Ko think? According to Ri, he wants to revisit his home country. “I understand America and I understand North Korea, so I think I can be a negotiator between the two,” he told Fox News.

As for Ko, she has no interest in going back. “But how can I change my stubborn husband’s mind?” she told The Washington Post.