Why More Men Should Be Doing Yoga 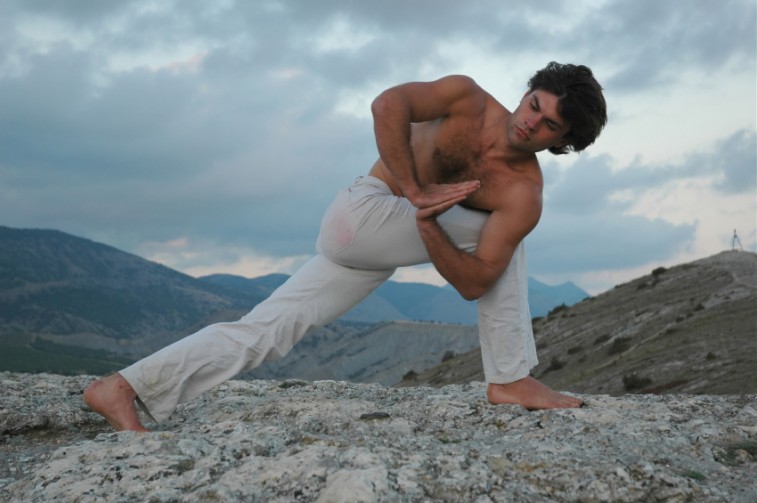 With the many types of yoga to try, and even yoga routines designed specifically to help you sculpt and tone muscles, you’d think more men would jump on the yoga bandwagon. But according to a study by Yoga Journal, of the 20.4 million people who practice yoga in the U.S., only 18% are men. “It’s almost a joke when guys say, ‘I don’t think I should do yoga because I’m not flexible,'” Adrian Hummel, a Bikram yoga teacher, told The Washington Post. “It’s like saying, ‘I’m too weak, so I can’t lift weights.'”

The list of yoga’s health benefits seems to go on and on, as the relatively few men who enjoy this ancient practice quickly realize. Many pro athletes practice yoga, including several members of the Denver Broncos, because it keeps them loose and focused before a game and helps ease post-game soreness. LeBron James is a yogi, and he was recently named America’s favorite athlete. So why are so many men reluctant to try yoga in the first place? Danny Poole, a yoga teacher who worked with the Broncos, was hesitant to try it at first, according to The Washington Post. “All I knew is that there were hippies doing it, and I was intimidated because I didn’t know what it was,” Poole said. “Then I got hooked on it because I never felt so good.”

Poole said a lot of men feel intimidated initially. Though many claim it is too boring for them, Poole suspects there is something else going on. “Our egos are deflated because we can’t do some of the poses,” he explained. The toughest athletes were exhausted by yoga their first time around, but those who stuck with it stayed injury-free throughout the season, according to Poole. Keep in mind, however, that research also suggests men are more prone to yoga-related injuries. William Broad’s The Science of Yoga found higher numbers of serious yoga-related injuries in men, but many teachers attribute this to men being more likely to rush or force themselves into poses they aren’t ready for. In general, yoga is very safe when practiced correctly and with the guidance of an instructor. But men should be extra mindful of an important principle of yoga: Listen to your body. If you honor your present limitations and make the appropriate modifications, yoga’s benefits will by far outweigh the risks.

Here are here a few great reasons men should do yoga. 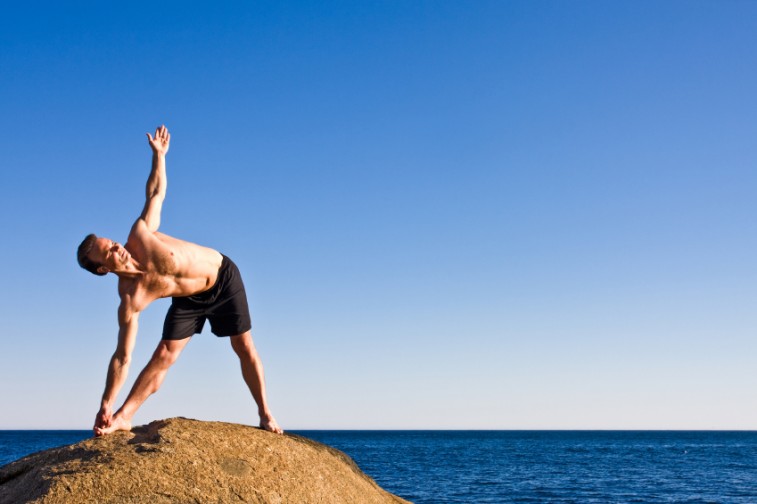 Anyone who says yoga can’t be a full body workout hasn’t done enough yoga, and even gentle yoga routines can contribute to weight loss. According to the Journal of Alternative Medicine, overweight men who practiced yoga and breathing exercises daily lost an average of 4 pounds in only 10 days. Deep abdominal breathing is a major part of yoga, and according to Men’s Fitness, it activates the parasympathetic nervous system and lowers levels of cortisol, a hormone that forces your body to hold on to belly fat.

Add to that a stronger immune system and positive effects on blood pressure, and it’s hard to imagine what’s keeping men from hopping on the mat. Yoga also contributes to heart health, and cardiovascular disease is the leading cause of death in American men.

2. Yoga can help improve your other workouts and prevent injury

With the increased strength, flexibility, and stamina gained from yoga workouts, you’ll be positioned for success in your other physical endeavors. For example, yoga builds a base for effective weight lifting. Kate Abate, a certified trainer and yoga teacher, told Men’s Fitness, “Yoga widens range of motion and increases access to more muscle fibers, allowing for more substantial hypertrophy in any given muscle group.” Hypertrophy is the enlargement of muscles, which begins at the cellular level. Yoga also prevents injuries because well-stretched muscles will recover more quickly, not to mention what mindfulness yoga will teach you in terms of knowing your body’s limits. 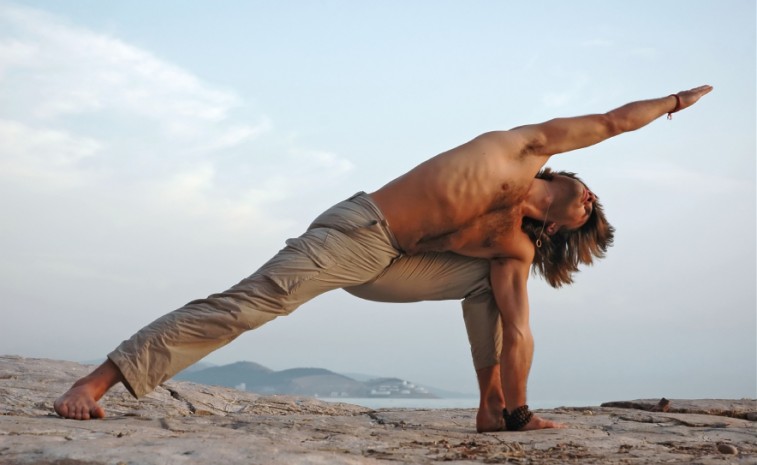 Both increased libido and improved sexual performance have been linked to regular yoga practice. In a 2010 study, yoga was shown to improve all domains of sexual function in men. The breathing techniques and concentration taught in yoga can help men better channel their sexual energy. “This can lead to increased sexual endurance,” Yogi Cameron Alborizan told Men’s Fitness, “and will make you far more sensitive and responsive to your partner.” This coupled with yoga’s mental health benefits could do wonders for improving not just your health, but the health of your relationships.

Yoga can bring tremendous relief to people suffering from a variety of forms of back pain, especially chronic lower back pain. For men who sit all day at an office job, yoga is one of the best ways to combat the pain and misalignment associated with prolonged sitting. Yoga will also help give your back, neck, and shoulders the best gift of all: better posture. You’ve probably heard people say yoga makes them feel taller. Encouraging proper posture goes a long way to preventing future aches and pains.

Many people are drawn to yoga not necessarily for strictly physical benefits, but for the associated impact on mental health. In addition to improving overall physical fitness, yoga is an effective treatment for anxiety, depression, and insomnia. Yoga poses, particularly inversions, help people get a better night’s rest and provide stress relief. Yoga helps you slow down and be mindful, in addition to teaching you relaxation and breathing techniques that promote calmness all day and into the night. And in today’s fast-paced culture, the forced break from your devices, deadlines, and daily worries is a much-needed restorative practice for everyone.