Science Explains Why We Lose Our Balance Getting Off a Treadmill 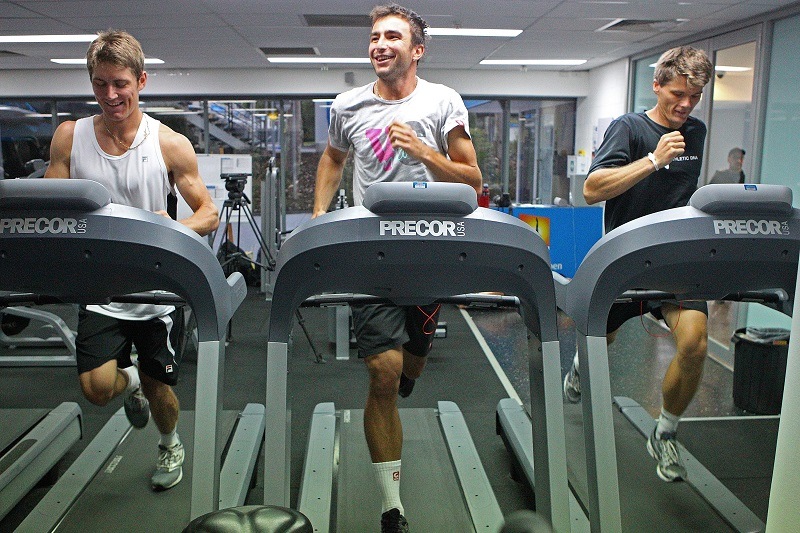 If you’re a mainstay at the gym, you’ve probably spent some time on the treadmill. You know, the glorious machine on which you can run for miles and never actually go anywhere at all. It’s essentially a hamster wheel for humans. They’ve been around for years, and they’re actually great for people who want or need to train indoors. But there’s an interesting phenomenon that happens on the treadmill; More specifically, once you hop off.

You often lose your balance. It’s as if your brain still thinks you’re moving, and your equilibrium is thrown completely off. If this has happened to you, you’re not crazy. And you’re definitely not the only one.

It’s one of those weird things that, when it happens, you wonder what in the hell is going on. But soon after, you forget all about it and move on with your day. Scientists, however, have been looking into this strange perceptual effect for at least a couple of decades.

In a 1996 paper authored by University of Cambridge researchers, the effect was traced to a disconnect between the eyes and the rest of the body. “Observations show that the illusion is primarily generated by vision, and results from activity-dependent discrepancies between the observed and expected peripheral optic flow of locomotion,” the Cambridge researchers write. They later add, “We believe that all these phenomena are related to those Helmholtz explained [in a previous study, published in 1962] as unconscious interference, and involve recalibration of the mechanisms estimating associations between sensory messages.” 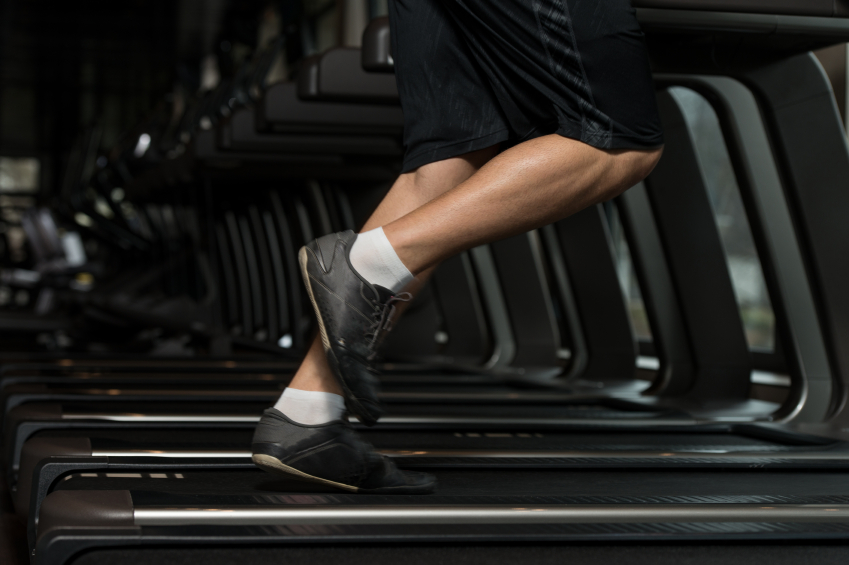 A man training on a treadmill | iStock.com

So, we know the strange effect is related to perception. But more recent experiments have been able to dig a little deeper into the phenomenon.

In a study published in the journal Psychonomic Bulletin & Review, scientists identified some of the elements our brain uses to recalibrate while on a treadmill. That is, if you’re jogging at six miles per hour on a machine, but aren’t going anywhere, this confuses your brain. Your eyes are transmitting that you’re not going anywhere — but your legs and the rest of your body are transmitting that you are. This discrepancy is recalibrated by your brain. It’s when we suddenly stop or get off the machine, that the calibration is still in effect. Basically, your body needs to recalibrate the previous calibration to get back to normal.

The aforementioned new study attempted to identify how, exactly, those calibrations take place. Does your brain measure how fast you’re moving? Or the effort you’re exerting? Or caloric energy you’re releasing to figure out the proper measurements? Your brain’s goal is to get to “zero translational optic flow.”

“While the measurement unit for walking magnitude in this relationship has been treated as walking speed (stride length * [steps / time]), recent experiments suggest that walkable distances may instead be measured in bioenergetic units (i.e., the magnitude of energy required to produce a given magnitude of optic flow),” the study reads.

All about the optic flow 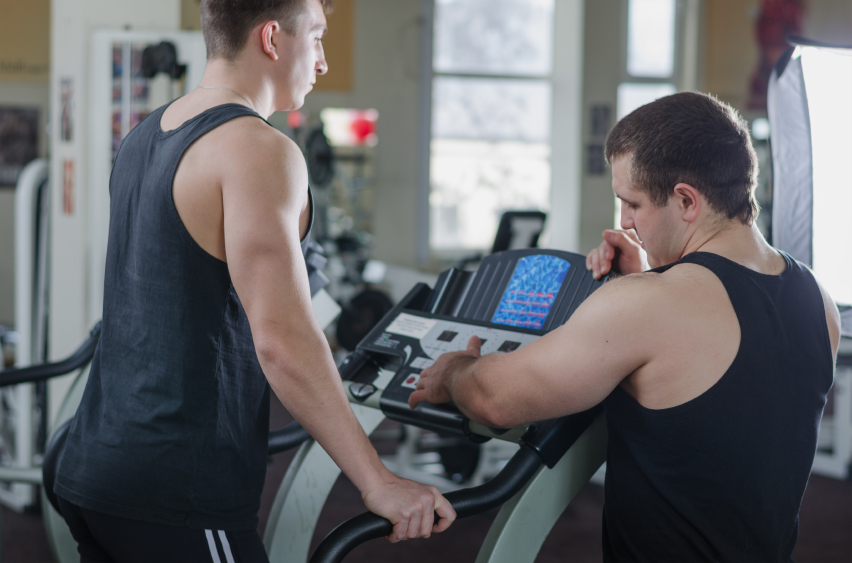 A trainer assists a man with his workout | iStock.com

In order to figure it all out, the research team conducted a couple of experiments. “In the first experiment, zero translational optic flow was paired with a constant walking speed, and walking energy was manipulated by varying the incline of the treadmill,” the researchers write.

What does that all mean? “The results support the hypothesis that walking magnitude is scaled by bioenergetic units.” So, your body is gauging its movement by exerted energy — or at least that’s what the evidence points to.

Unfortunately, there doesn’t appear to be a way to fool your body into not experiencing disorientation after getting off a machine. Your best bet would be to decrease the speed at certain intervals. This should give your brain and body time to get in sync. Whereas if you go from six miles per hour to standing still? You’re going to lose your balance. It may not be incredibly important to your daily life. But if you ever wanted an answer as to why you feel disoriented after a treadmill training session? Now you have it.